This proves what millions of Australians have been pointing out, that Covid Tyranny is illegal:

Thousands of fines issued during Covid-19 lockdowns have been voided after the NSW government conceded at least two penalty notices issued were invalid.

The landmark case was heard in the NSW Supreme Court on Tuesday when three Sydneysiders challenged the penalty notices issued for Covid-related public health orders.

The three plaintiffs, Rohan Pank, Brenden Beame and Teal Els, were each fined between $1000 and $3000 after they allegedly breached public health orders in 2021.

Redfern Legal Centre brought the case on behalf of the trio against the NSW Police Commissioner and the Commissioner of Fines Administration.

It was argued that the fines were not valid because the penalty notices did not provide enough detail of the alleged offence, as required under the Act.

The court was told on Tuesday the Commissioner of Fines Administration accepted that Mr Beame and Ms Els’ fines did not sufficiently state or describe the offence so did not meet the requirements of section 20 of the Fines Act.

The court ordered the government to refund Mr Beame and Ms Els $436 and $826 respectively.

Mr Pank’s fine had already been withdrawn by Revenue NSW on the day the case was lodged and his costs will be covered by the government.

Shortly after the landmark decision, Revenue NSW announced 33,121 fines would be withdrawn with any sanctions applied for those who had outstanding payments to be revoked and refunds issued to anyone who had already paid.

The law is not the law until it is tested in court. You can pass legislation all you like, or even bypass parliament to issue so-called “lawful directions”. Police can arrest you and a pen pusher can send you an angry letter demanding thousands of dollars due to the purported breach.

If this supposed law fails its test case, it is not the law.

However, the remaining 29,017 COVID-19 fines during 2021 which do not fall under those two categories will still be required to be paid if not already resolved.

The challenge will be to keep fighting until all fines and charges issued under the period of open Covid Tyranny in NSW are struck down. From there we must challenge these fines and charges in every state in Australia. Compensation must be demanded from politicians, police and businesses which enforced Covid Tyranny, especially the vaccine mandates, and ultimately the individuals primarily responsible for Covid Tyranny must be held to account for crimes against humanity. 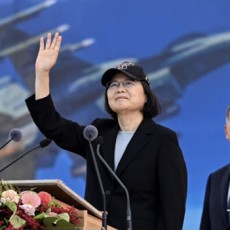 Thoughtcrimes are now being policed in Britain 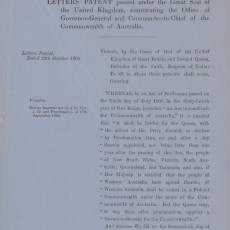