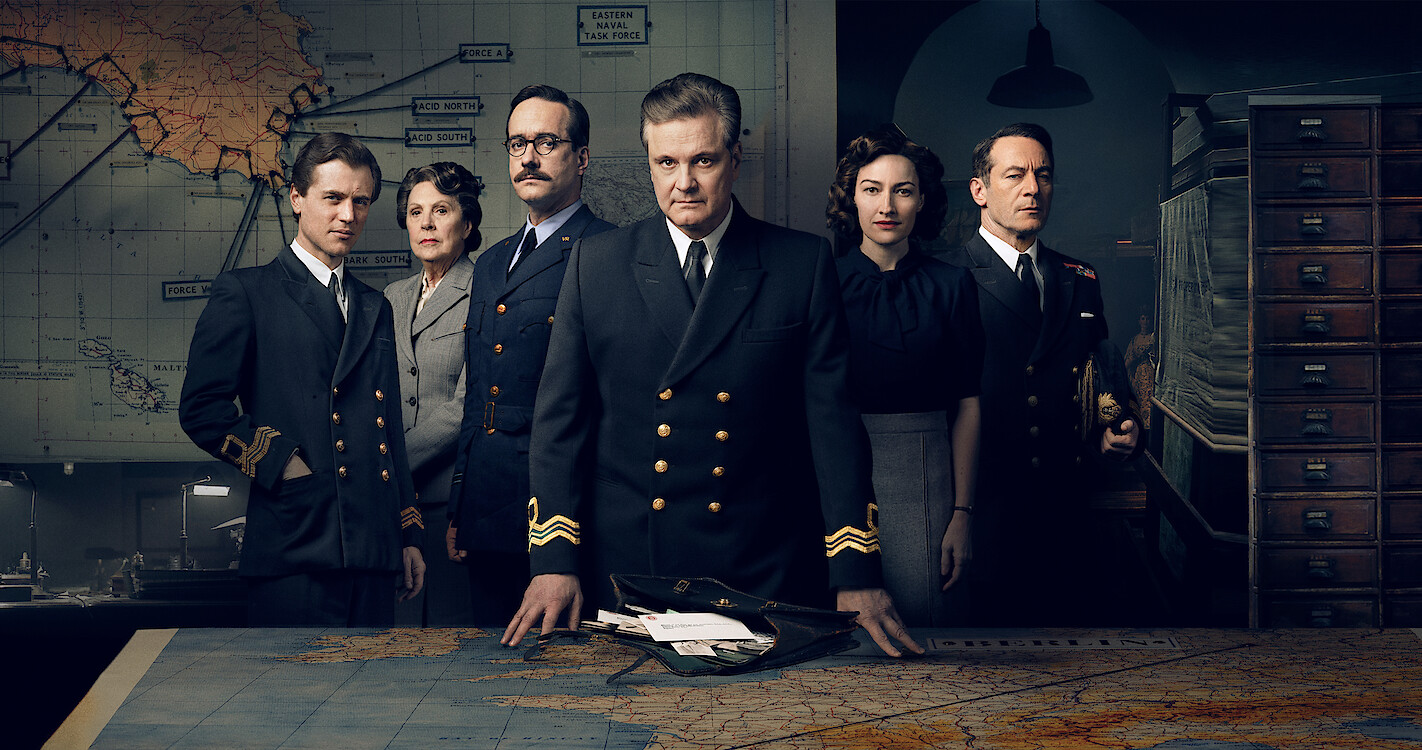 To generate buzz over the holiday weekend, top streaming services are premiering big titles—while a conservative-driven upstart is making a splash with their independently produced drama. It comes as stakes for the streaming wars have never been higher.

Market leader Netflix has faced massive stock declines and staff layoffs in recent months. Their major competitors like Disney Plus, HBO Max, and Paramount Plus have altered strategies to better compete. And, in light of some parents’ backlash to Hollywood agendas, right-leaning players like Daily Wire are making initial moves to reach critical mass.

Increased competition could mean better value for subscribers — if people can navigate the glut of new films and series, many of them forgettable. This weekend, Netflix has the latter half of “Stranger Things” season four rolling out, but they’re holding big-budget actioner “The Gray Man” until July 22. Prime Video has premiered Chris Pratt’s “The Terminal List” Navy SEALS series, while Paramount Plus comedy flick “Jerry and Marge Go Large” is getting rave reviews.

Three recent film releases deserve a closer look, including the much-talked-about Western produced by Daily Wire and a couple of based-on-true-story dramas from top streamers. Here are three capsule reviews as your family considers what to watch during downtime.

Review aggregator Rotten Tomatoes, which tracks the most popular streaming films, has lately ranked two films from conservative distributor Daily Wire in its Top 10 list: documentary “What Is A Woman” and old-school Western “Terror On the Prairie.” While the latter made Hollywood headlines when announced, mainstream critics have kept quiet since release.

“Terror On the Prairie,” featuring a cast led by Oscar winner Nick Searcy (“The Shape of Water”) and Gina Carano–former co-star of “The Mandalorian” famously fired for some errant tweets—marks a strong second effort for Daily Wire Entertainment. The first, “Shut In,” introduced audiences to filmmaker Dallas Sonnier and his R-rated “pressure-cooker movies” which he aims to be “unadulterated, unfiltered, genuine, [and] not neutered by the studio system.”

With stunning, untouched Rocky Mountains as a backdrop, this post-Civil War story unfolds on the barren landscapes of southwestern Montana. A mother of two, including a newborn, Hattie McAllister (Carano) feels no qualms about her husband leaving their cabin for a day to get supplies in town. Until, that is, four men on horseback arrive uninvited.

Producer Sonnier is known for crafting scenes of breathless tension, certainly in evidence here as the black-hat gang chats over food with the fierce mother — until all hell breaks loose. Film critic Christian Toto describes one unexpected element of their stand-off: “The characters shoot, and shoot, and rarely hit their targets. It’s a more realistic version of Wild West gunplay that offers another layer of realism.”

Carano, a mixed martial arts champion prior to her acting career, plays to her strengths without coming off as a superhero. Unquestionably bloody and almost too efficient — a stronger music score might’ve helped a sometimes-lagging pace —“Terror On the Prairie” isn’t for everyone. Despite pulpy archetypes, this revenge plot has more layers than may be immediately apparent.

Anyone who grew up watching “Remember the Titans,” “Miracle,” or other inspired-by-true-stories films, have longed for Disney to return to high-caliber sports dramas. After seeing middling biopic “Rise,” just out on Disney Plus, it’s apparent fans will have to keep waiting.

The story of star power forward Giannis Antetokounmpo certainly provides the raw material: raised in poverty in Greece, tried out for a local basketball team, trained to improve himself, and ultimately was picked 15th in the NBA Draft in 2013. Last year, he was named NBA Finals MVP after leading his Milwaukee Bucks to take home the championship trophy.

“Rise,” produced with Giannis’ family, depicts the origins and personal context of his journey. Viewers encounter Giannis’ parents emigrating from Nigeria to Turkey to Greece, in search of a better life. They raise four sons in Athens, only able to take odd jobs due to their uncertain legal status; a fifth son, their eldest, even had to be left behind with his African relatives. While unexpected in a sports flick, all the immigration policy drama brings greater realism.

Struggling to provide for and raise his boys right, Charles (Dayo Okeniyi, from “The Hunger Games” films) has many up-close conversations with them about discipline and risk. Real-life Nigerian-American brothers Uche and Ral Agada portray rising athletes Giannis and Thanasis. When first joining a regional basketball team, their family can only afford one pair of sneakers; a scene of one in socks as the other laces up tangibly illustrates their shared sacrifice.

The family’s Christian faith shows up, albeit in a minor role. Parents lead their sons in the Lord’s Prayer before bedtime, and a crucifix hangs prominently in their home. But the script doesn’t engage those really interesting questions: why did a Nigerian family convert to the Greek Orthodox Church? Their mother Vera (Yetide Badaki) says, “God makes no mistakes. Give it your all then let God do his work.” But it lacks context to know the true role of faith in their lives.

What “Rise” glaringly lacks is compelling in-the-paint basketball. The film’s limited hoops action consists mostly of layup shots and players doing drills — less than some Disney Channel flicks. There’s even buildup to Greece’s national scouting exhibition game filmed in a large arena. Characters react as if seeing some incredible Giannis plays on the court, but it’s not there.

A cross-cultural story built on family bonds, “Rise” aims for the inspirational genre similar to last year’s “Blue Miracle.” By the end, with its dramatic NBA Draft scenes and highlight reel of Antetokounmpo brothers, three of them now NBA stars, it leaves viewers inspired. But it also underlines the film’s lack of actual basketball play, an egregious oversight that sadly limits potential impact and shelf life of “Rise.”

Academy Award winner Colin Firth (“The King’s Speech”) stars as an MI5 agent seeking to fool the Third Reich with an elaborate hoax and ultimately get Hitler to relocate troops. Another newly-minted spy (Matthew Macfadyen, who also once played Mr. Darcy in “Pride & Prejudice”) proposes hiding deceptive documents on a corpse, and the two collaborate to execute the ruse.

Comparisons to last year’s “The Courier” are inevitable, as it’s another British-produced “dad movie” that brings viewers behind-the-scenes of spy craft. While that past war film explored the sacrifice of an everyman keeping his family in the dark, “Operation Mincemeat” depicts a love triangle between the two agents and a member of their clandestine team (Kelly Macdonald, sparkling as ever.) Vying for her affections starts as subtext, gradually coming to the forefront.

In plotting that recalls “Top Gun: Maverick,” the central mission gets summed up, detailed, and tested about three times before it’s executed—which actually makes it work. How does one stage a floating corpse with a briefcase and other minutiae so it’s believable to the best minds in espionage? A curious wrinkle of history, author Ian Fleming, creator of James Bond, played a role in this real-life operation and is depicted in a cameo. An odd title for a unique mission, “Operation Mincemeat” recounts a story worth knowing.

Josh Shepherd covers culture, faith, and public policy for several media outlets including The Stream. His articles have appeared in Christianity Today, Religion & Politics, Faithfully Magazine, Religion News Service, and Providence Magazine. A graduate of the University of Colorado, he previously worked on staff at The Heritage Foundation and Focus on the Family. Josh and his wife live in the Washington, D.C. area with their two children. 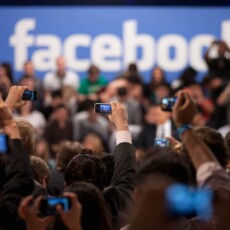 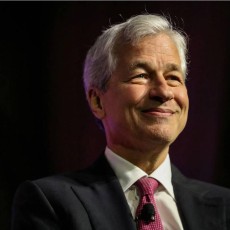 Are the Wall Street Bankers Planning WW III to Save the Economy? 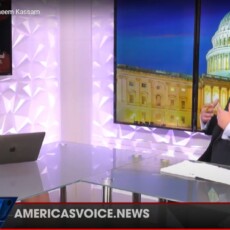