WARNING to those who have “won” a seat

Court cases being lodged against States and AEC  see item 8

Nobody “knows” when what will happen next, everything is event driven. Today the Deep State is knocked down and is struggling to stand up with their hocus pocus move in the United Nations to start a war with Russia.  The Alliance is watching, see below, it will end this misery.

1 – Was the alleged win already planned ?

Does anyone think that there was manipulation of the stats/votes somehow?  Of course the Senate is a whole different ball game and there may be some hope there – a mixed bag!? 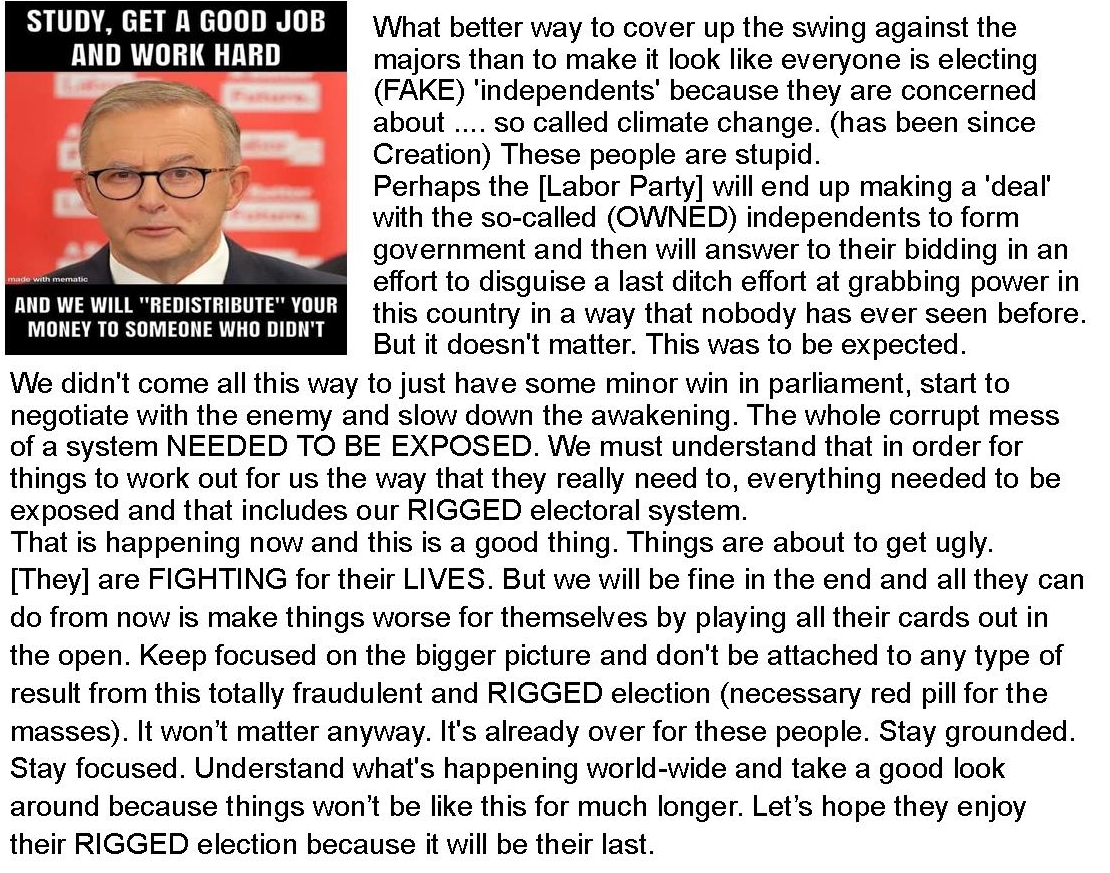 We already have evidence of fraud in the Australian Federal Election. RECOUNT

4 – From Sarah Hansen Young ….The Greens have your food supply sorted…..

Quote Of The Decade – Is this the Dumbest sheila In The Senate !  Yes, they vote and this one actually passes laws 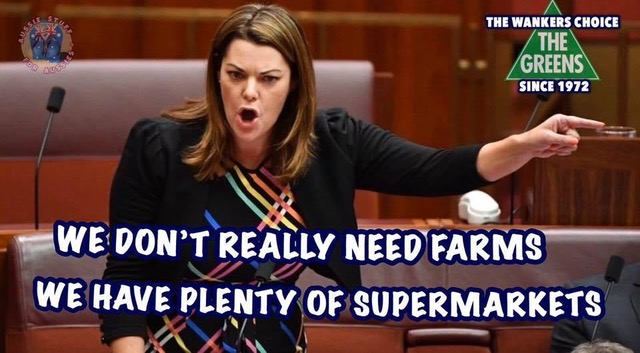 Freedom got battered last night but it can never be defeated.

I wanted to give you an update on the good news and bad news out of the Australian federal election.

Overall, the freedom movement took a bit of a beating, but one thing is for sure: freedom cannot be defeated. Now for the bad news…

I don’t want to kid you. There was plenty of the bad news out of election night:

What does this all mean?

What the result means is that things are going to get worse before they get better. There are imminent threats to national sovereignty and freedom on the not-too-distant horizon.  I’m talking about threats like the World Health Organization’s proposed International Health Regulation Changes, its Pandemic Treaty, the Digital Identity agenda and the World Economic Forum’s Great Reset program to name but a few.

We cannot rely on a Labor-Greens government to do the right thing when it comes to these threats. In fact, their socialist instincts will probably just make things worse.  We need to keep fighting.

All of this is why the freedom movement is going to have continue the fight. While it might not seem it to many, a national vote of more than 12% is good for a movement that’s only just emerged. It’s something we can build upon.  But we can only build upon that base if the movement continues to fight, and puts petty differences — and party allegiances — to the side.

The other thing that’s going to be needed in this fight is solid, reliable information.  That’s where I come in. As a former journalist and now a former politician, I’m going to put those twin evils of media and politics to use for the forces of good.

Tomorrow, I will be emailing you with MASSIVE news on the future of Nation First. I’m going to share with you my plans to get you the right information to ensure that freedom prevails.

I don’t want to give anything away just yet but we are going to be going after the globalists, the World Economic Forum, the United Nations, BlackRock, Vanguard and the like, and exposing the topics that the fake news mainstream media won’t touch.

I’m hoping you will be part of this fight with me.  As always, God bless you, your family and our nation.

Connect with me elsewhere:

6 – How were the votes counted ?  I received several calls like this

Hi Larry  You have no doubt heard already from others. I had a very good friend who I would trust my life with phone me today to tell me she had been asked if she would act as a scrutineer in Toowoomba last night. She didn’t hesitate to do so.  Today she said now she knows how they commit these crimes. She was scrutineering in an electorate she was had not voted in so she felt she was neutral.

She said Labor had 18% only of the votes   Liberals had 33% of the votes   They then went down the line ignoring the referenced numbers and just allocated to Labor or Liberal.

She challenged why they were not counting out the minor party votes – according to their votes and was shown a letter which she saw arrive, and handed to those ‘in charge’ – all paid by the AEC – and in this letter were the instructions to count the votes – so their argument was – this is what we are instructed to do so this is what we do!  She challenged another vote and it was dismissed with a response, no problem – when it gets counted in Canberra – it will be picked up!

Scrutineers (I checked this myself as I wanted to volunteer to be one, but left it too late) – the scrutineers handbook clearly states you are banned from having a recording device, all phones must be turned off, no photos, no filming, etc. In other words if you witness unlawful or criminal behaviour you cannot get evidence. My friend who reported this to me, phoned the lady who has been doing a great deal of good in the community during lockdowns and for the freedom movement, advising her of what she had witnessed. I do not know this lady’s name but she reported the exact same thing, she however, requested that she be allowed to take a photograph of this letter advising how the votes are to be counted. She was refused this but was allowed to write out a copy of the letter – which she did.

My friend Von will be following up with a meeting of others in the area who witnessed the same practices – what they will do beyond this I don’t know – hopefully report and take it further. I noticed on FB tonight – there were posts of others who had scrutineered and reported the exact same corruption at other polling stations.

Always wondered how they rigged elections – now I know – According to my friend it was ballot paper after ballot paper she witnessed where the majors were last along with the greens.

I never imagined them to be so openly brazen as this. Thought I would share     Eve

7 – A letter from Leonce

2 years ago my son Jeff told me Labor would win this election.  I waited and he was right and his info from his Army mates was right.   Albo was paid $25 million if he would do what they “who the hell is they I want to know” ask of him and he said yes.   Yesterday he became PM.

Here is what I sent to a few of my relatives and a couple of very close friends.   click    Sinim

Larry’s comment – I believe it is just a propaganda item, (not by Leonce) but from the Chinese Communist Party scaring us as to their plans to enslave all Australians.  Remember that Australia is the Great South Land being Sinim – which is under Divine protection IF we observe 2nd Chron 7.14.

8 – Court cases being lodged against States and AEC

9 – Coles sacks all un-vaxxed staff, clearing the way to shop exclusively at IGA

Let’s see if they remove this one

14 – Earthquakes    Look at what the idiots in WA are doing.

The radar is going nuts at Exmouth.

May 18, 2022 Iran is set to be the first country to roll out a food rationing scheme based on new biometric IDs. Where vaccine passports failed, food passports will now be eagerly accepted by hungry people who can’t afford rapidly inflating food prices. This is the realization of a longstanding agenda by the Rockefeller/UN/WEF crowd to, as Kissinger put it, “control food, and control people.” Christian breaks it down in this Ice Age Farmer broadcast. 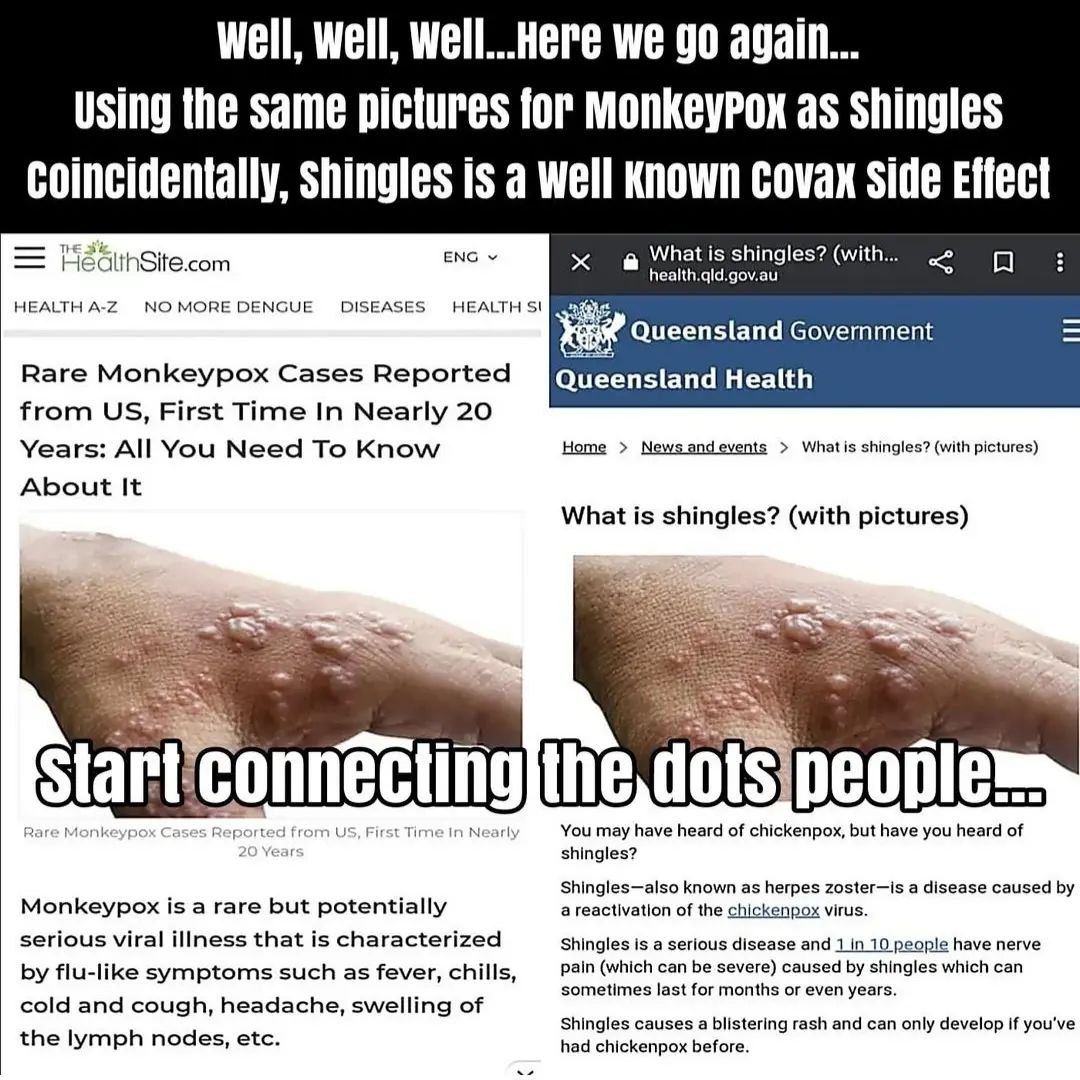 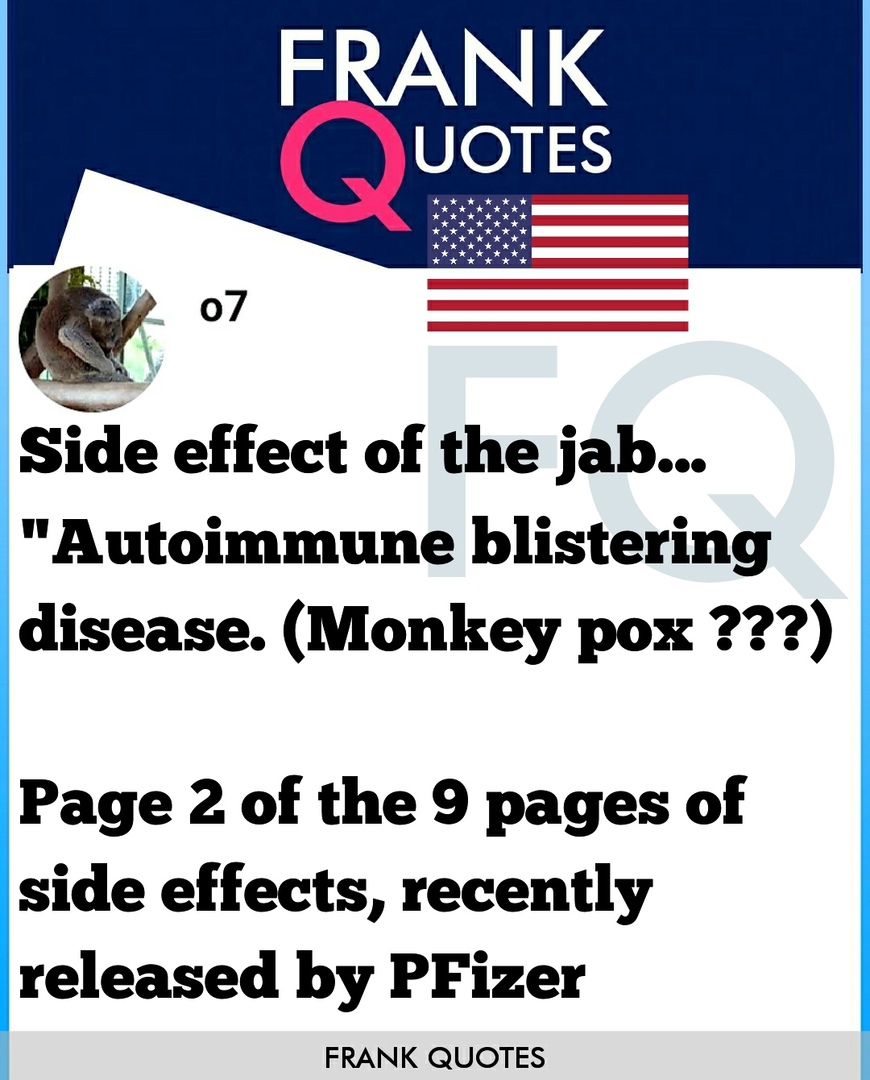 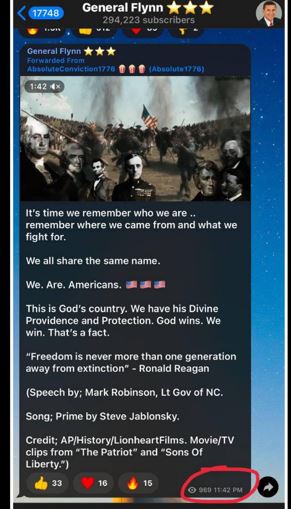 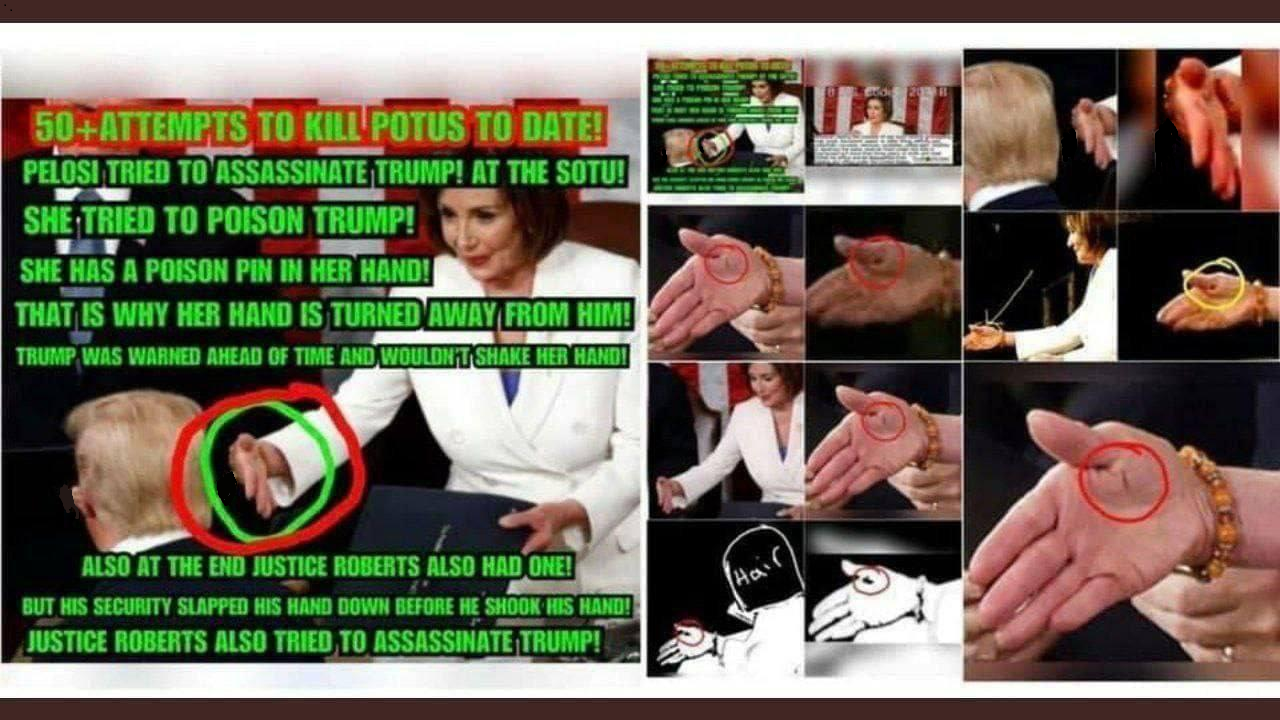 20 – How will Nesara-Gesara pay for all wealth promises ?? 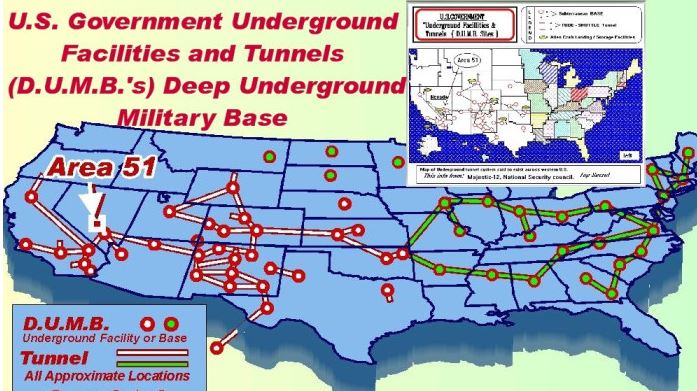 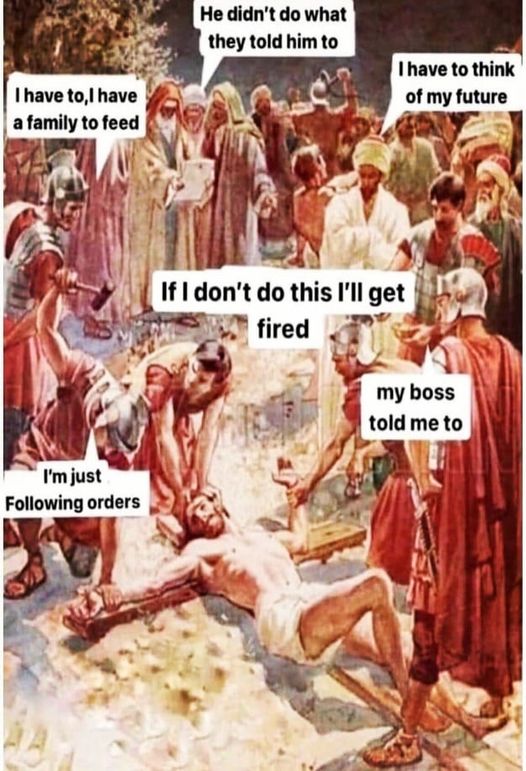 23 – Julian Assange wife and the CIA 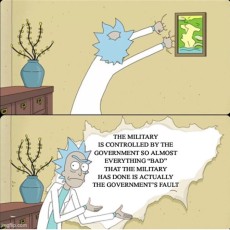 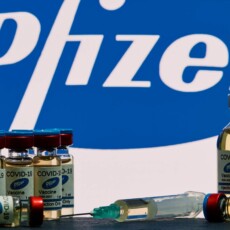 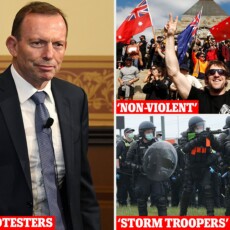