All items are opinions and anticipation. No one knows the full truth nor the future which changes continually.

Thousands read my posts daily  If you haven’t already subscribed, please enter your email address to receive notifications of new posts by email.   >>>>>

If a judge ruled that jab mandates are illegal in a case put forth by the New Zealand military and police, then that precedent must apply to every citizen because the law must be applied equally for everyone.

This would be the first such court ruling internationally that I’ve heard of. While courts in the western world are not legally bound by rulings in other countries, they do take such things into consideration and a precedent like this would certainly influence their decisions. This could be a very big development

6 – The Ukrainian people want Putin to rid the country of the Cabal thugs.

It is being reported that Ukrainian troops are NOT allowing civilians to leave Mariupol, many are shot trying to leave. BUT The Ukrainian people want Putin to rid the country of the ruling thugs!!!

Ohhh, but he invaded the Ukraine, so how could I say that? Well, it just appears that way. Yes it does appear that way, especially if you don’t know what is going on.

The Ukraine is riddled with child trafficking, money laundering, and corruption. It is said to be run by Biden and Obama. Since both of them are dead, it is being run and governed by the cabal. Putin is taking out the cabal.

He is taking out the cabal surgically. President Volodymyr Zelensky said the Russians are coming after him specifically. “The enemy has marked me as enemy number one.” Yes that is true. He is part of the cabal running all the child trafficking, money laundering, and corruption.

The Russians are specifically after Zelensky as well among other cabal members. Also Zelensky said that the Russians opened fire on 13 guards and killed them all. I have information that this was a lie. This lie was put out there to make the Russians look bad.

The Russians swear all military on snake island was unharmed and surrendered. It was put out there that the guards had told the war ship to go F themselves. No one would say those things unless you had a death wish. I believe this intel is correct. Civilians are getting hurt because they are involved in this corruption. Russian intel knows who and where they are.

Putin was given the go ahead by the white hat alliance to do what he just did. He threatened other countries including the US in such a way that allowed other countries to interpret the threat any way they wanted. Putin will not and would not use nuclear weapons.

He knows all nuclear weapons have been deactivated. He also knows that the UN and NATO are no good and have asked other countries not to join. Are they listening? I hope so. The US is not going to join in this supposed war. It is virtually over now anyway.

Putin has stopped the child trafficking, money laundering and corruption. God bless him.

7 – Putin seeks to demilitarise and denazify Ukraine, as well as bring to trial those who perpetrated numerous bloody crimes against civilians

Despite the fact that Putin attended the World Economic Forum’s Young Leaders program, his words and actions indicate that he’s not on-board with the New World Order. I don’t think that Putin’s one of them, and it seems that the invasion of Ukraine may have been to eliminate the Khazarian Mafia.

If so, just like what happened when they were eliminated from Kazakhstan, we should see a huge shift in the Covid-Narrative over the next few weeks. Before Kazakhstan, every country was marching in totalitarian lockstep, then with a week or two after Russian speaking Special Forces took down the Khazars, many countries started to drop their mandates.

Time will tell, and we shouldn’t have to wait too long to find out. It should become increasingly obvious very soon. that things have fundamentally changed,

The Alert Level in New York City should be at the highest Alert Level. The orthodox community seems to know what everyday citizens do not and it will be another event to drag us into the war in the east, this time not Iraq but Ukraine

(rough transcript; go to the link for details and accuracy)

10 – Official Government Data: Twice as Many Deaths Post COVID LETHAL INJECTIONS in 1 Year as Deaths for All Vaccines of the Previous 30 Years!

This data is supplied by the FDA and the CDC 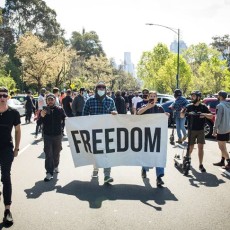 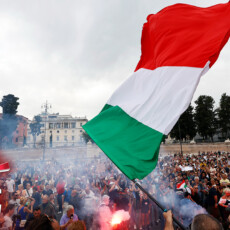