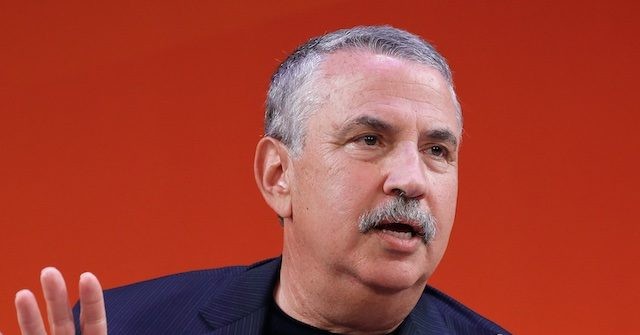 He continued, “Everything is not okay. Anderson, our democracy today is as threatened as at any time since Donald Trump took that elevator ride. Why is that? Because something very gradual happened and started to happen quickly, just in the last few weeks. That is that basically subscribing to the big lie that this election was stolen has become a prerequisite now for thriving, surviving, and rising in this Republican Party. What does that mean, Anderson? It means that this GOP is going to be built on a gigantic lie. Now, how could you possibly trust this party in power again if the calling card of giving into this party is claiming our last election, the greatest election certainly in modern American history where more Republicans and Democrats voted in the middle of a pandemic, their votes were counted by there neighbors and Republican judges and election monitors affirmed the votes and the attorney general of the United States and FBI director appointed by Trump all confirmed the integrity of the election that denying all of that and making the calling card of this party that you have to subscribe to this big lie that is terrifying. Think what would happen if they got back into power. Therefore what Liz Cheney is doing and Mitt Romney are doing is just not fighting for the Republican Party. They certainly are, but fighting for the democracy. It is in so much more danger now than people realize.”

Friedman added, “We have over 300 bills in over 40 states trying to promote voter suppression, limit access to the polls. Imagine if they succeed. Imagine 2022 or 2024, 40% plus of the country elects the next president and who dominates the Senate and the House. Do you want to see people in the streets? I’ll show you people in the streets if we get real minority rule based on voter suppression. That’s what Cheney and Romney are doing trying to fight this because that big lie is what is then giving permission for all these voter suppression legislations, and something enormous is at stake here.”

He continued, “Every principled Republican has to rally to what Liz Cheney is doing. She clearly decided she’s going to politically die on this hill. She has taken a principle stand. Mitt Romney is a good man. He is taking a principle stand.”

He concluded, “God bless Liz Cheney for having the courage to stand up virtually alone in the beginning, her and Romney. I think you’re going to see them find supporters. Now I think people will start to stand up.”