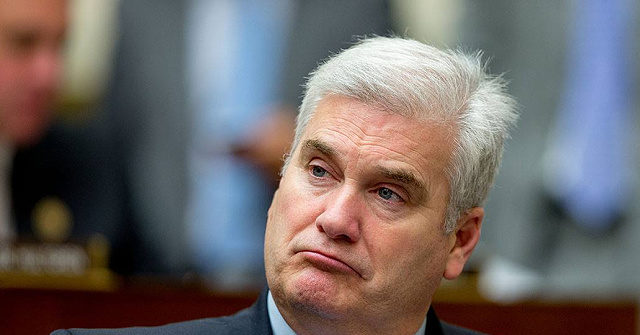 Rep. Tom Emmer (R-MN) said Tuesday that the National Republican Congressional Committee (NRCC) will expand their list of target Democrat-controlled districts in their mission to take back the House majority.

The NRCC released its increased list of districts to target after the U.S. Census Bureau announced many swing and Democrat-leaning districts will lose a congressional seat. The reapportionment data will reshape the makeup of congressional districts in a way that could create an opening for Republicans to flip enough districts to take back the House majority during the 2022 midterm elections.

Emmer said that Republicans continue to play on offense now that Democrats have to defend their “socialist” agenda.

“Republicans are on offense all across the country,” Emmer said in a statement Tuesday. “Every House Democrat is facing an uphill battle having to defend their toxic socialist agenda that prioritizes trillion-dollar tax hikes on the middle class, opens our borders, closes our schools and defunds the police.”

The new targeted districts include:

Republicans announced plans to target 47 Democrats representing battleground districts, Democrats that underperformed compared to the 2020 presidential ballot, and those that may be impacted by redistricting.

Further compounding Democrats’ problems, several Democrats have announced that they will either retire or seek higher office.

An NRCC poll released in April found that Republicans are projected to win back the House.

The survey said in battleground districts, 54 percent want a “Republican who will be a check-and-balance to Nancy Pelosi and the Democrats’ agenda in Congress.”

Biden Lags Behind Trump Admin In Number Of Refugees Admitted To U.S.