Adam Toledo is a name that has likely saturated your newsfeed over the past month. He was a 13-year-old Mexican-American boy who was fatally shot by a police officer on Chicago’s West Side not one month ago.

This week, that name was overshadowed by Ma’Khia Bryant, a black teenager who died at the hands of law enforcement in Ohio. In both cases, leftist politicians and Twitter-verified “journalists” couldn’t get the story out fast enough, absent facts, video, or nuance — but the headlines wrote themselves: “Racist Cop Shoots Unarmed Minority.”

Also in both cases, the stories turned out to be completely wrong. On Wednesday we learned that Bryant wasn’t just standing in her driveway unarmed, or just casually holding a knife, or even dueling with another armed kid in a “knife fight” when the officer discharged his weapon. After the officer arrived, she lunged with a knife at another black girl she had pinned against a car, after having already charged a different girl nearby. She was armed and dangerous. And the officer, although accused of being a racist pig by even the White House, instead saved at least one black girl’s life.

Not only did journalists kick off the Toledo narrative with the same racist-cop rhetoric, but when officer body camera footage was released, showing what appeared to be the boy holding a firearm right before the officer shot him, CBS News cropped out that part of the video and failed to note that he was armed in its write-up of the incident. Meanwhile, politicians peddled the line that Toledo was “unarmed.”

That’s because they don’t so much report as create. They don’t get clicks and clout by uncovering and reporting what actually happened, but by feeding people and politicians’ pre-existing narratives. That’s why every lede and headline seems to be some variation of Black Lives Matter talking points.

Corrections, if issued at all, are usually stealthy and get buried instantly, and there’s no room for nuance on a protester’s poster board or in a presidential press release. Thus the narrative is set before any details emerge, and narratives are more powerful than facts in ginning up emotional responses and revolutions.

The media know this. The ruling class knows this. If they can convince enough people that America is systemically racist, they can infiltrate government schools with critical race theory — and they have.

If they can make people believe police officers are irredeemably evil, they can nationalize local law enforcement and funnel more money toward their pet social programs. If they can convince corporations that performative “antiracism” is more important than profits, they can blackmail state lawmakers into passing legislation that gives them more power — and they are.

These media and government elites have no problem injecting or ratcheting up racial tension that stretches and stresses countless unwitting Americans to their breaking points. While the ruling class gets whisked away to broadcast from their New York City high rises or to watch and tweet from their secure second homes, outmanned police officers and innocent store owners are forced to defend themselves against agitated Americans whose sole mission becomes to get attention and destroy.

Make no mistake: The ruling class is absolutely inciting violence. The same crowd that insisted President Donald Trump “incited an insurrection” is the one that outrageously lies to demonstrators claiming white cops go on search-and-destroy missions against innocent black Americans. These are the people who gaslight Americans with buzzwords like “peaceful protests” while they watch their cities light up in flames.

The way to bring revolution is to provoke unrest, and the best means to do that is to convince the public that isolated instances of evil represent endemic institutional problems through inflammatory rhetoric and disproportionate attention. It’s a strategy, and it works.

Think back to the many nights of fiery and violent riots in Ferguson, Missouri, following the police shooting of Michael Brown in 2014. To this day, the slogan “Hands up, don’t shoot” is a leftist talking point and a protest chant, popularized by media and race-baiters who used the phrase to evoke imagery of a submissive Brown being murdered by a racist officer, all for their political gain.

But it was a lie. The Department of Justice said “hands up” was inconsistent with the evidence, with then-Attorney General Eric Holder calling it a “strong alternative version of events” that “[took] hold so swiftly,” and eyewitnesses said Brown charged at the officer, who then shot in self-defense. 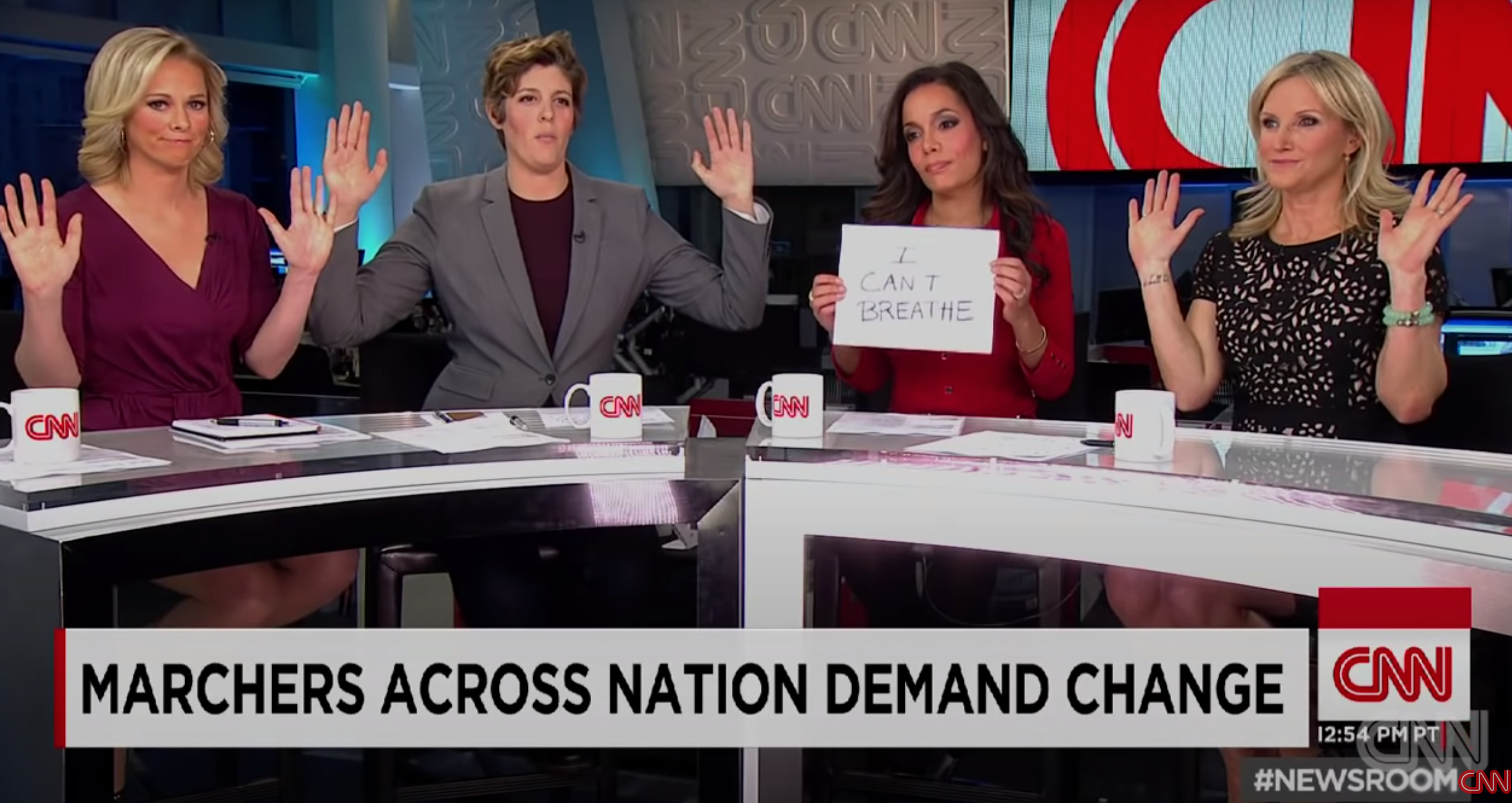 The same happened in the police shooting of Jacob Blake in August. LeBron James called it “police brutality towards my kind,” while other elites claimed contrary to the evidence that the police “shoot first & detain second” and that “he could have been grabbed…he could have been tased….He could have immediately been stopped when he started walking around the car.”

Democratic Gov. Tony Evers opted for escalation, framing the shooting as yet another “Black man or person” “shot or injured or mercilessly killed at the hands of individuals in law enforcement in our state or our country.” Joe Biden did the same.

Again, the story was false, yet Kenosha, Wisconsin was already in flames. Nothing about the incident indicated it was racially motivated. Police were responding to a 911 call from Blake’s girlfriend who said he wasn’t allowed on the property and had taken her keys.

In fact, Blake had a warrant out for his arrest from the month prior — information officers knew before arriving on the scene — based on charges of third-degree sexual assault, disorderly conduct connected to domestic abuse, and trespassing. Officers had discharged their Tasers twice at Blake without successfully subduing him before Blake reached into the car, where a weapon was recovered on the floorboards and three children were in the backseat — another fact officers knew because their mother allegedly “kept screaming that.”

But race baiters don’t just manufacture or capitalize on police brutality. They’ll use whatever they can to get people fired up, including race hoaxes. The Jussie Smollett news cycle dominated the airwaves for days, with now-Vice President Kamala Harris and Sen. Cory Booker inflaming the rhetoric by going so far as to call it a “modern-day lynching.”

Remember the “noose” in NASCAR driver Bubba Wallace’s garage that turned out to be a normal door pull cord? That was only revealed after the media had blasted the story as evidence of this country’s deep-seated racism, with CNN calling it an “abhorrent, racist act” and peddling the noose narrative unquestioningly under the banner “America in Crisis.” 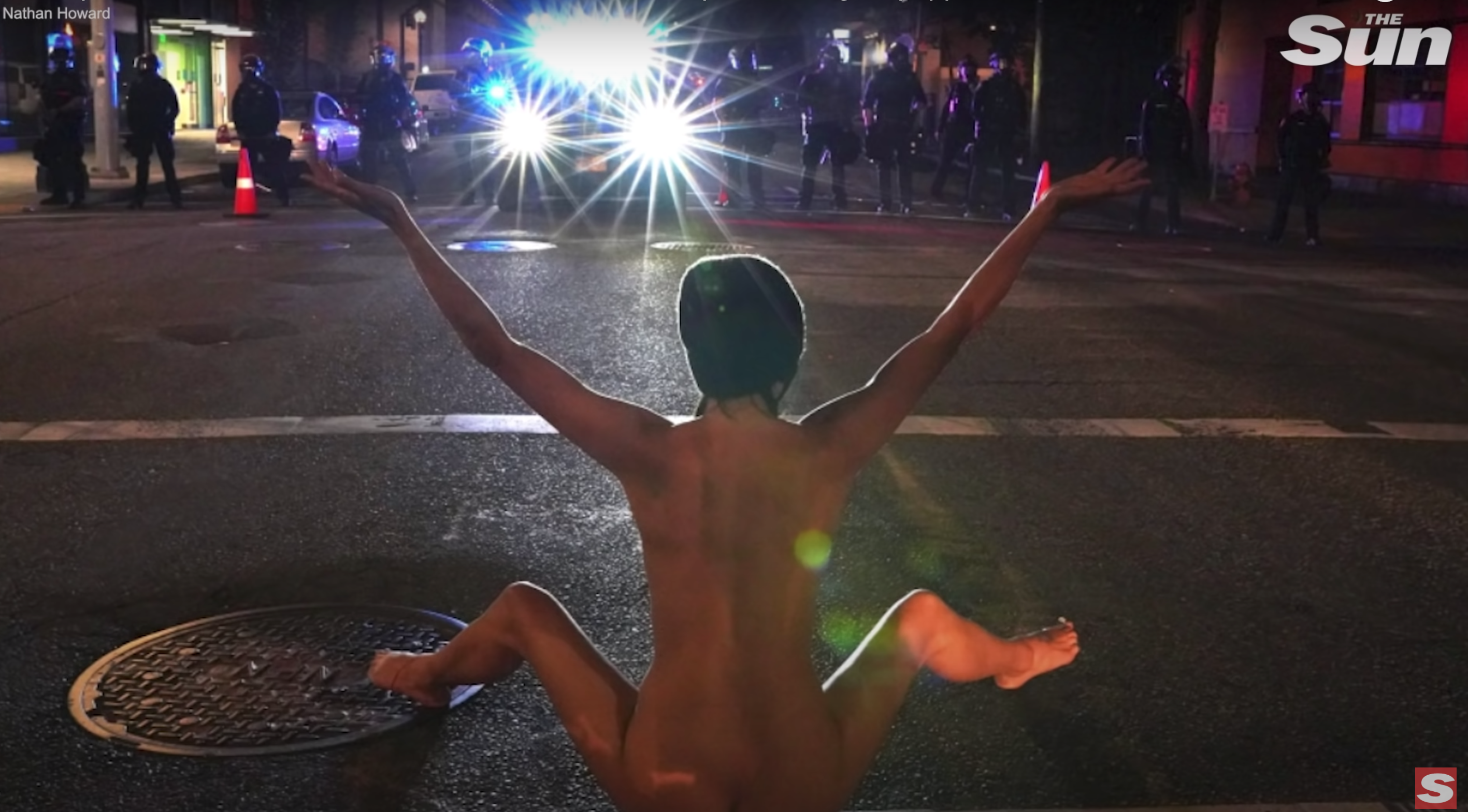 They said, “Destroying property … is not violence.” They said protests don’t need to be peaceful and called riots a “proportionate response.” They denied evidence of anarchy. They said violence works. They condemned the term “riot” as “loaded,” instead calling it “democracy.” They released a documentary claiming “Riots Built America.” And they flat-out pretended cities weren’t being ravaged, with Gov. Jay Inslee saying “That’s news to me!” when asked about the so-called Capitol Hill Autonomous Zone, and Rep. Jerry Nadler calling Antifa a “myth.”

It isn’t just sins of commission either. The media transgress with omission as well. That’s why you’ll hear Ma’Khia Bryant’s name infinitely more than you’ll hear Mohammad Anwar’s. His life was stolen by two black teens when they violently carjacked him in broad daylight in D.C. last month. One story can be spun to further the narrative that foments riots. One cannot.

Back in January, left-wingers in the media, on Twitter, and in the halls of Congress breathlessly reported that Trump had incited in insurrection. He was a seditionist and a fascist, they said, and he posed such a grave threat to public safety that his social media accounts were nuked from orbit, and Democrats immediately drafted articles of impeachment again. When he urged rioters at the Capitol to go home, calling for “NO violence, NO lawbreaking and NO vandalism of any kind,” a ban on his Twitter prevented the message from going out.

Although the events of that day were awful, the ruling class lied about and amplified them to the point of repeated falsehoods, with The New York Times peddling a false story that rioters bludgeoned a Capitol Police officer to death with a fire extinguisher, and Rep. Alexandria Ocasio-Cortez claiming Sen. Ted Cruz tried to have her murdered.

Nevertheless, the left will forever herald Trump as the president who incited violence with his rhetoric about the 2020 election, which they have dubbed the “Big Lie.” However objectionable Trump’s remarks that day, and however criminal the rogues who stormed the U.S. Capitol, this “Big Lie” has no support among the vast majority of the nation’s leaders or institutions, including Republicans like those in Georgia Trump keeps battling, while a far bigger lie does.

The biggest lie is that the entire United States of America — with its white people, police officers, institutions, and norms — is irredeemably racist and evil to its core. The race-baiters who peddle this lie have incited more violence than Trump ever did. When you can convince people racism is rampant, and that silence about it is violence while actual physical vigilante violence is justice, you ignite a flame of division and destruction that can only end with bodies on the ground and cities leveled.

We’ve yet to see the full fallout from the inflammatory and completely untrue racism narrative of the press, although the spin machine’s tactics become more egregious by the day. Just Wednesday night, NBC’s “Nightly News” clipped the 911 call that drew officers to Bryant and deceptively edited police bodycam video to mask the knife Bryant was wielding and instead highlight it lying on the ground later. We’ve watched them do this dance time many times without accountability while so-called racial justice activists take up their Molotov cocktails against innocent civilians.

As Shelby Steele says, “America’s original sin is not slavery. It is simply the use of race as a means to power.” While the ruling classes exploit tragedy to accrue more and more power, Americans become increasingly powerless as pawns in the race war, many paying with their sanity, others with their livelihoods, and even some with their lives.

Liquid Capitalism: Everyone Drinks It, Swims in It, Drowns in It