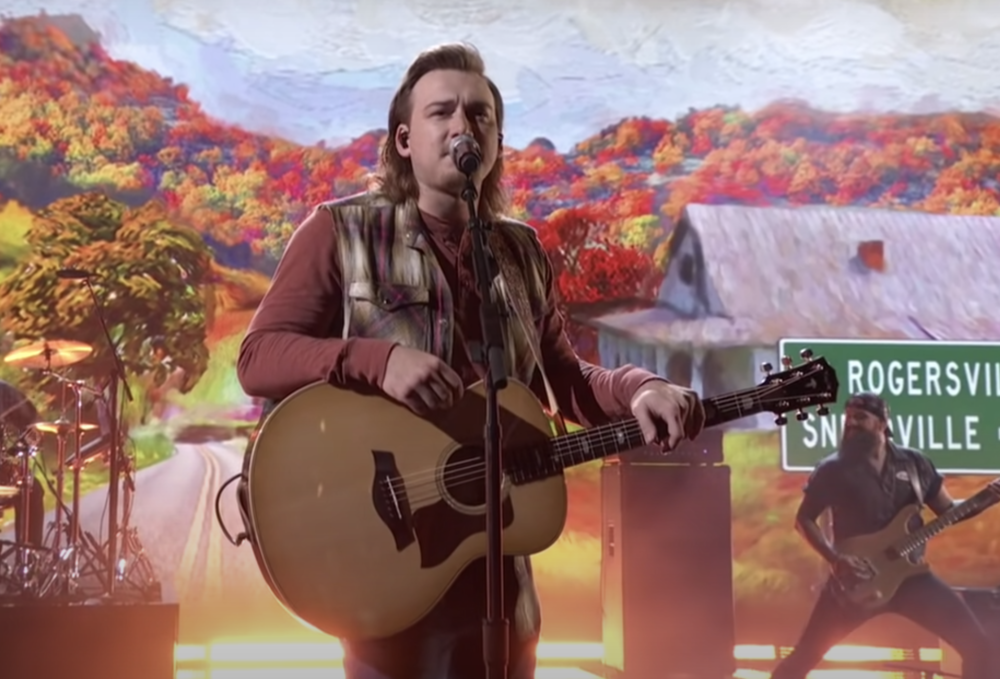 Even though the woke music industry tried to invoke celebrity cancel culture on country music artist Morgan Wallen for using a racial slur — to which he apologized several times for — it appears fans are not remotely done with him.

Two months after being suspended from his record label, with all major radio stations taking him off airplay, billboards popped up overnight in Nashville, Tennessee ahead of next week’s Academy of Country Music Awards. In February, the ACM determined Wallen was ineligible for the awards ceremony.

“The Academy does not condone or support intolerance or behavior that doesn’t align with our commitment and dedication to diversity and dedication,” the organization said in a statement, noting it will “expedite” inclusion and diversity training for all of the “country music artist community.”

According to Country Now, six billboards were paid for by fans who felt neglected by the corporate country music industry. One fan who took part in the effort told the publication that the “idea was really our way of trying to ‘right the wrong’ of cancel culture.” The fan also said, “[w]e just wanted to ‘Wallen-Paper’ Nashville during the week of the ACMs to show our support for Morgan!”

Wallen, 27, released a double album titled “Dangerous” on Jan. 8. Upon debuting, it hit number one in the U.S. Billboard 200 and remained in that spot for 10 consecutive weeks despite the efforts to destroy his career. Billboard reported that “Dangerous” is the first album since Whitney Houston’s “Whitney” in 1987 to spend as much time on the chart. Other artists in recent memory who closely achieved this include Stevie Wonder, Adele, and Drake.

The billboards erected reference the phrase “gaht,” which is something Wallen often references in his music, as well as the Bible verse Mark 11:25: “And when you stand praying, if you hold anything against anyone, forgive them, so that your Father in heaven may forgive you your sins.”

The company Lamar Advertising is reportedly involved with the billboards, given its logo appears under it, and told The Federalist that “we do not accept or reject copy based on Lamar’s agreement or disagreement with the views expressed.”

The artist has apologized several times to fans and the industry, but it appears to be no use to the woke corporatists running the show in Nashville. Still, Wallen maintains a popular artist with a dedicated fan base.