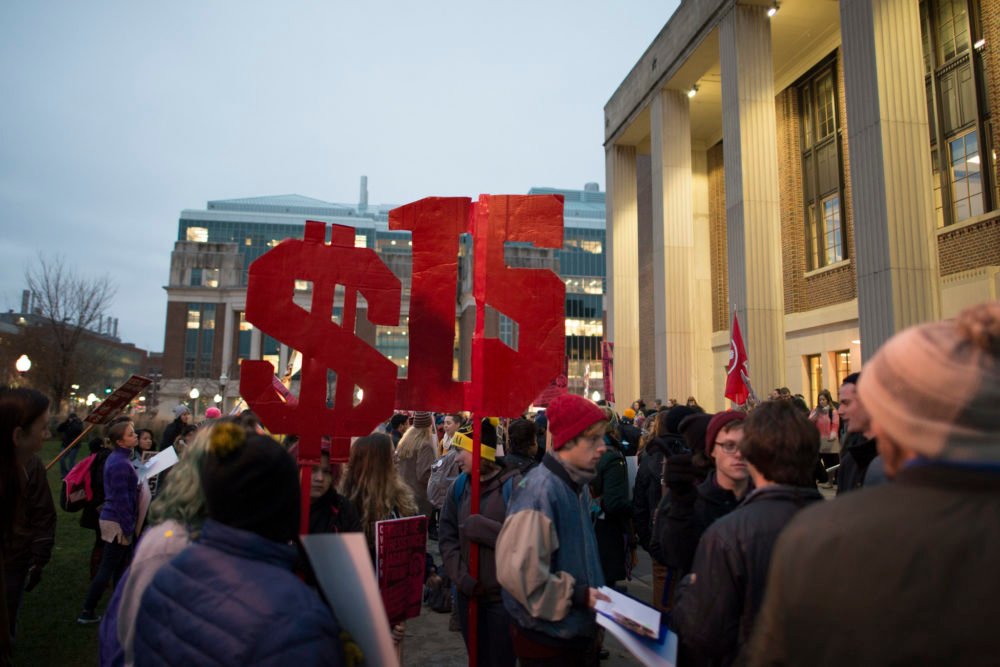 The Senate rejected legislation seeking to hike the federal minimum wage up to $15 an hour on Friday, delivering a blow to progressives such as the bill’s sponsor, Sen. Bernie Sanders, who hoped a Democrat-controlled Congress would pave the way for more radical legislative endeavors for those on the left side of the political aisle.

In a 58-42 vote, some Democratic senators, including Joe Manchin of West Virginia, Kyrsten Sinema of Arizona, Jon Tester of Montanna, Jeanne Shaheen and Maggie Hassan of New Hampshire, and Chris Coons and Tom Carper of Delaware, joined by left-leaning independent Angus King of Maine, surprised their progressive colleagues when they chose to oppose the legislation. Some cited damages the raise could impose on small businesses while others such as Manchin claimed to favor a smaller raise that would index to inflation.


Sinema voting no on the minimum wage. #girlboss pic.twitter.com/ybyGcXZ8Vl

Despite President Joe Biden’s support for raising the minimum wage, even urging senators on a call last week to pass the bill, centrist Democrats still chose to follow the Senate parliamentarian’s lead after she ruled that the $15 hike should not be included in the $1.9 trillion COVID-19 spending bill.

Sanders, however, vowed to never give up.

“If any senator believes this is the last time they will cast a vote on whether or not to give a raise to 32 million Americans, they are sorely mistaken,” he said. “We’re going to keep bringing it up, and we’re going to get it done because it is what the American people demand and need.”

Sanders and others in the progressive coalition took to Twitter on Friday afternoon to express outrage at the vote.

There is not one state in our country where you can make ends meet on the current federal minimum wage. Not one! How quickly would Congress raise the minimum wage if they were forced to live on $7.25 an hour? Outrageous.

A vote against a $15 minimum wage is a vote to keep people in poverty.

Senator Sinema (shown here voting against the #FightFor15) was on her “let them eat cake” vibes all day. pic.twitter.com/UB3gamPTtQ

The minimum wage should be $15 at least. I don’t hold with this centrist horseshit about incentives and economics. It’s indecent.

Today’s minimum wage vote is a perfect example of how Democrats appease progressives with identity politics appeals while knifing them on policy.