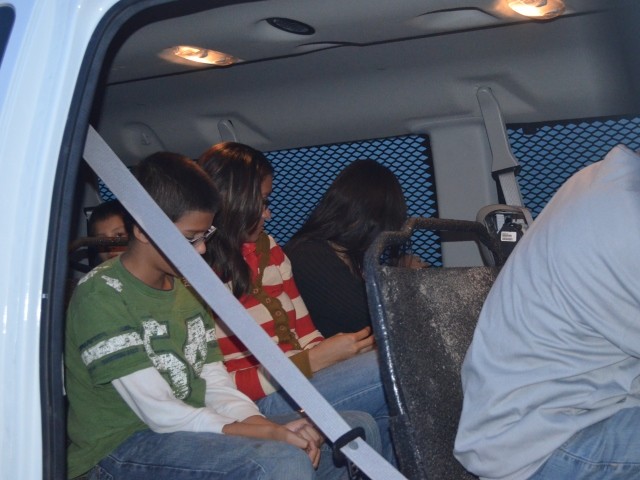 More than 3,300 Unaccompanied Alien Children (UACs) and youth arriving with adults at the United States-Mexico border are in Department of Homeland Security (DHS) custody as officials anticipate a 20-year surge of illegal immigration.

Data reviewed by Breitbart News on Friday showed more than 3,300 migrant youth in DHS custody, about 71 percent of which are UACs who will be released to the Department of Health and Human Services (HHS) for eventual release and resettlement in the U.S.


The other roughly 30 percent in DHS custody as of March 5 were youth who arrived with border crossing adults. The data found that about 1,315 migrant youth, alone, were apprehended at the U.S.-Mexico border yesterday.

Of all migrant youth currently in DHS custody, almost all of whom will be released into the U.S., more than 53 percent are boys between the ages of 13 and 17-years-old.

The data comes as internal communications between Immigration and Customs Enforcement (ICE) officials reveal that President Joe Biden’s administration is anticipating a 20-year illegal immigration high of UACs and adult border crossers arriving with children. DHS is planning to welcome roughly 117,000 UACs into the U.S. this year, a 290 percent increase from 2020 totals.

On Thursday, Russell Hott, a senior official with Immigration and Customs Enforcement (ICE), notified staff of the rapid-processing plan in an email that said arrivals by unaccompanied minors and families this year “are expected to be the highest numbers observed in over 20 years.” [Emphasis added]

The report, in addition, stated that DHS officials are looking to transform the southern border into a rapid-processing site where foreign nationals can arrive and expect to be quickly released into the U.S. interior.

A source who spoke to Breitbart News anonymously confirmed that top officials at DHS are seeking to turn the border into a welcoming center with “Ellis Island-style rapid-processing hubs,” as the Post originally reported.

As Breitbart News reported, the UAC pipeline to the U.S. has increased by nearly 600 percent since President Trump was in office — before Biden ended the Remain in Mexico program and canceled cooperative asylum agreements with Central America.