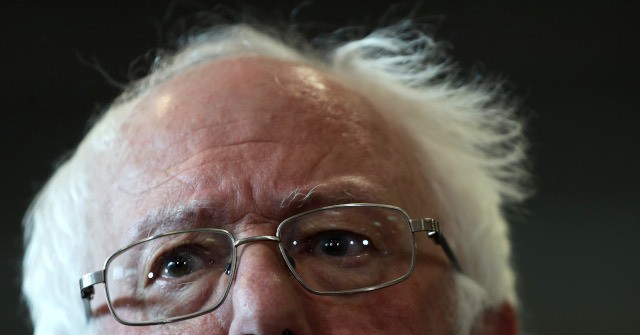 Several prominent Democrats expressed disappointment and frustration after several Democrats joined Republicans in the Senate in rejecting Sen. Bernie Sanders’ (I-VT) effort to raise the minimum wage to $15 an hour.

While the Senate parliamentarian ruled that the $15 minimum wage hike could not be included in the $1.9 trillion coronavirus relief measure, Sanders, as well as his far-left allies, attempted to pave a way to make the hike a reality.

“There is not one state in our country where you can make ends meet on the current federal minimum wage. Not one! How quickly would Congress raise the minimum wage if they were forced to live on $7.25 an hour?” Sanders asked Friday afternoon. “Outrageous”:

There is not one state in our country where you can make ends meet on the current federal minimum wage. Not one! How quickly would Congress raise the minimum wage if they were forced to live on $7.25 an hour? Outrageous.

It is not acceptable to me that half of our people are living paycheck to paycheck. We need an economy that works for all of us. To do that, we must increase the minimum wage to $15 an hour and give 32 million Americans a raise. pic.twitter.com/4vUBtY9Y1j

I voted this AM to include Sen. Sanders’ amendment to raise the minimum wage to $15 by 2025.

It didn’t succeed but the Fight for 15 continues.

I will keep fighting for Americans who are forced into financial precarity, debt, stress, ill health, overwork, and low wages.

“It is despicable and unacceptable that there is not unanimous support among Democrats in Congress for a $15 minimum wage,” Rep. Jamaal Bowman (D-NY) remarked as other Democrat lawmakers and pundits expressed similar sentiments across social media:

It is despicable and unacceptable that there is not unanimous support among Democrats in Congress for a $15 minimum wage.

I will never stop fighting to make the minimum wage a living wage.

It’s long overdue that we give 32 million workers a raise and lift a million people out of poverty.

I just voted to move forward with raising the minimum wage to $15 an hour. Two-thirds of Americans want to give workers this long-overdue raise to help lift families out of poverty and strengthen our economy. It is time that the Senate reflects the will of the people.

67% of Americans support raising the minimum wage to $15. It’s a disgrace that every Senate Republican and 8 Senate Democrats voted against it.

Every single one of the Senators who voted against raising the minimum wage is a millionaire. https://t.co/f5jUAwE64C

It is unconscionable that eight Senate Democrats would tell millions of essential workers earning poverty wages that they are ‘heroes’ but don’t deserve a $15 minimum wage.

Did Sinema really have vote against a $15 minimum wage for 24 million people like this? pic.twitter.com/Jv0UXLKLHI

We’re in one of those rare periods when Democrats control the presidency, House, and Senate. So there’s no reason to compromise on a $15 minimum wage, or $1400 survival checks, or abolishing the filibuster. Why are we negotiating with ourselves?

All you idiots had to do was $2,000 checks and $15 minimum wage with control of the white house, senate and house of representatives and you failed

Voting against a minimum wage increase is literally saying
“f^*k the people who VOTED for me, I’m only here for the donors.”

To the 8 Dems who voted against the minimum wage bill, shame on you. I don’t care if you are in a red state or county, that bill is not political, especially during the time of #COVID19. People need help, you are out of touch with the country.

Rep. Alexandria Ocasio-Cortez (D-NY), a champion of raising the minimum wage, said last week that a $15 wage is actually a “deep, deep compromise” for Democrats.

“Any person who thinks that a $15 minimum wage is the ‘crazy socialist agenda’ is living in a dystopian capitalist nightmare. And we should not prop that up. We should not continue that,” she said during an appearance on The Mehdi Hasan Show.

“Because when you take the minimum wage from several decades ago and you actually account for inflation and productivity gains to today, it should be $24 an hour,” she added.