I was present in then Senator Rod Culleton’s Office during a meeting between you both and you made some promises that were not kept.  The World Wide Cabal entrenched in the Australian Legal System set out to get him, and succeeded but not before he put landmines in the ground that got rid of most if not yet all of the people who engineered his demise. He was badly represented by Peter King a barrister from Sydney whose advice contradicted mine, and the High Court was badly misled by counsel instructed by  the Australian Government Solicitor.  The Senate is still scarred by its refusal to accept its Motion 163 of 2016. Turnbull is gone, Parry is gone, Brandis is gone, Barker J resigned a year early. The solicitor and barrister  who prosecuted his bankruptcy were sacked by King Wood Mallesons. 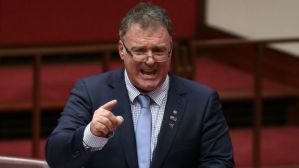 Dick Lester is not a happy camper. The perpetrator of the action in the Court of Disputed Returns Ian Bruce Bell  is dead. The transcript of the hearing in the High Court in November 2016 has been edited  doctored and replaced, because in front of witnesses a Pro Bono Publico legal practitioner attempted to appear and the exchange between CJ French and himself has been expunged. Senator Rod Culleton had a signed agreement with the Australian Government Solicitor that he was never subject to imprisonment so the Barristers and Solicitors who prosecuted these matters in the High Court are prima facie guilty of an offence under S 42, 43 and 44 Crimes Act 1914 (Cth). Christian Porter may well attempt suicide, as his watch has been marred by gross negligence on his part when he has been contacted about these gross misfeasances.

The article I have prepared below does not raise the issue of pedophilia that is attracting widespread attention in the United States of America. There are allegations that pedophilia is used by the Deep State as a tool of blackmail, to control governments, Judges, journalists and captains of industry and the entertainment industry,  and Politicians  worldwide. When there is smoke there is usually fire, and on two occasions I have seen allegations that Prime Minister Morrison and Daniel Andrews are implicated in the worldwide pedophilia pandemic being exposed in the United States of America. I have seen allegations that there are DUMB,  Deep Underground Military Bases in Australia as well as the United States of America and Europe,  and that children have been rescued from them. I have no way of confirming or denying those allegations, but the inaction by Prime Minister Morrison on the illegal Border Closures, prohibited by S 92 Constitution and S 268:12 Criminal Code Act 1995 (CTH)  by State Premiers indicates he is under undue influence, and compromised.

The body language exhibited by many ministers in the Government is terrible. The gross ignorance of S 268:12 Criminal Code Act 1995 (CTH) and refusal of the Home Affairs minister to activate the Australian Federal Police to enforce it on behalf of the Commonwealth speaks volumes. You must know that unless there is a declaration of war, the laws of the Parliament of the Commonwealth cannot be either ignored or suspended. We are in a world war but it is between good and evil. Christianity and Satanism, and when President Donald Trump was elected he declared Gesara-Nesara in his inauguration speech. During his Presidency he issued executive Orders, to the United States of America Military to implement it, and give back power to the people. Those orders cannot be countermanded by President Biden even if he knew what day it was.

As acting Attorney General you have power to indict Mark McGowan and John Quigley under S 71 Judiciary Act 1903 without prior committal for failing to accept S 92 Constitution as binding upon them and thereby offending S 268:12 Criminal Code Act 1995 (CTH). If you do this and it is within your power, it will put a brake on the Western Australia election and result in the suspension of all governments Australia wide. I am sure there are good people in both the Australian Labor Party and Liberal Party and if in fact Prime Minister Morrison is compromised, as alleged, a Government of National Reconciliation to implement Gesara-Nesara is not an impossible dream.