Headache, fatigue and soreness at injection site are the most common side-effects of the Pfizer vaccine experienced by Australians, accord 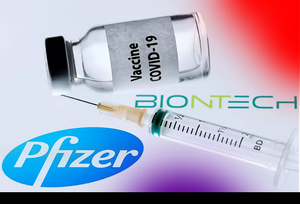 ing to the first weekly report on COVID-19 vaccine safety.

As vaccination efforts ramp up, the Therapeutic Goods Administration (TGA) has implemented a number of changes, such as requiring general practices and pharmacies to commit to providing real-time reporting of adverse events post-immunisation.

More than 5000 responses have been recorded in the first three days of rollout of the Pfizer vaccine by the government funded AusVaxSafety.

Roughly one-third reported side effects – most often soreness at the injection site, headache and fatigue, all of which were identified as very common side effects in vaccine trials.

Real world safety data has also been growing over the past two months from vaccine programs in countries such as Israel and the UK.

The UK, which captures data using an optional consumer survey similar to AusVaxSafety, has so far recorded more than 31,400 adverse events related to the almost seven million doses of the AstraZeneca vaccine which have been given so far.

Almost 27,000 adverse events have been recorded from the near nine million Pfizer vaccine doses given.

According to the UK Medicines & Healthcare Products Regulatory Agency (MHRA), these figures equate to between three and five adverse event reports per 1,000 doses given of either vaccine.

The preliminary data so far shows the most common adverse events recorded in the UK, either injection-site reactions or generalised flu-like symptoms, are similar for both vaccines.

For the AstraZeneca vaccine specifically, a higher number of reports identified adverse effects relating to:

Meanwhile, adverse event reports related to the Pfizer vaccine were higher for:

·         Anaphylactic reactions, of which there have been 168 for Pfizer compared with 105 for AstraZeneca

No anaphylaxis deaths related to the vaccine have been recorded in the UK to date.

The MHRA stressed not all the adverse events reported were necessarily caused by the vaccine, and many might be due to underlying illness.

Israel, which has only been using the Pfizer vaccine, has recorded a total of 234 allergic or anaphylactic reactions after giving more than three million vaccinations, as reported by The Jerusalem Post.

All other cases requiring hospitalisation were believed to be linked to underlying illnesses.

The majority of side-effects from the vaccine in Israel were experienced by a younger cohort, people aged 20 to 60.

Australia’s vaccine safety data will be published weekly by AusVaxSafety.

AusVaxSafety, a government-funded initiative operated by the National Centre for Immunisation Research and Surveillance, will also be sending vaccine recipients follow-up text messages with a survey to screen for any potential side effects; this data will then be released weekly.