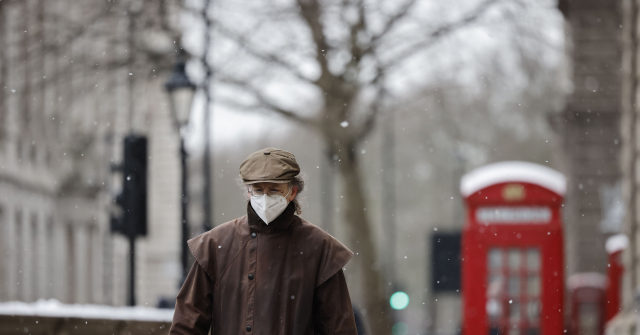 Susan Hopkins, a specialist in infectious diseases at Public Health England, said that Britons should wear masks made with at least two, or even three, layers, and left open the possibility that the UK might follow the U.S.’s lead and recommend double masking.

The British government made wearing masks, or any kind of face covering, in shops mandatory in July 2020, with the government advising they be made with at least two layers of fabric.


Responding to a question on U.S. President Joe Biden ‘double masking’, Dr Hopkins said during a Downing Street press briefing on Monday: “The more layers you have, the better.”

“What we recommend is at least two layers and ideally three layers in a mask. That is really important to reduce the virus transmission both from you to others and others to you,” Hopkins added, according to The Times.

She then appeared to suggest that double masking could be coming to the United Kingdom, describing discussions about mask regulations as “ongoing”: “We have got a facemasks and face coverings advisory group who meet on a regular basis and look at new and emerging evidence. The U.S. has looked at some of that evidence as well.

“We are in an ongoing discussion about what to do next. But we think one mask that has more than two layers in it is currently effective for the vast majority of the population.”

The recommendations come as another health expert said that joggers should wear a mask while undertaking their vigorous exercises outside, claiming that runners’ heavy breathing could put other people at risk.

Masks are only mandated in certain enclosed public spaces such as on public transport or in shops, but Oxford University’s Trish Greenhalgh told Good Morning Britain on Tuesday: “The exercising jogger – the puffing and panting jogger – you can feel their breath come and you can sometimes actually feel yourself inhale it, so there’s no doubt that there is a danger there.”

The debate over where masks should be warning has become a controversial topic in Britain’s halls of power, with former Brexit Party MEP and peer on the House of Lords Claire Fox, now Baronness Fox of Buckley, calling the recommendation that children wear masks in school “clearly nonsensical” and detrimental to learning.

“Why isn’t there more pushback on this?” Baronness Fox wrote on social media. “And what about the confusion of face-to-face teaching in masks — you can’t assess children’s progress without seeing and engaging with their faces…”

Radek Kotlarek told Breitbart News’s James Delingpole: “It’s the sort of thing you might have expected in Nazi Germany – but not in a civilised modern democracy.” https://t.co/FZUNzCBbek

Last week, Prime Minister Boris Johnson outlined his unlocking of England from its third shutdown, with the UK having been under some kind of restrictions for almost one year.

While the Conservative government has not mandated secondary school pupils (aged 11 to 18) wear masks, the Johnson administration does recommend masks be worn in areas of schools where social distancing is not possible, at least until the Easter break.

This leaves schools the final arbitrators of whether they enforce a mask policy, but the Department for Education (DfE) stipulates that “no pupil should be denied education on the grounds that they are not wearing a face covering”.

However, that has not stopped some primary schools from reportedly telling parents that children as young as five must wear masks at all times apart from during PE lessons and when eating or drinking.

The government intervened on Tuesday, issuing the statement: “Children in primary school should not be asked to wear face coverings when they return next week.”