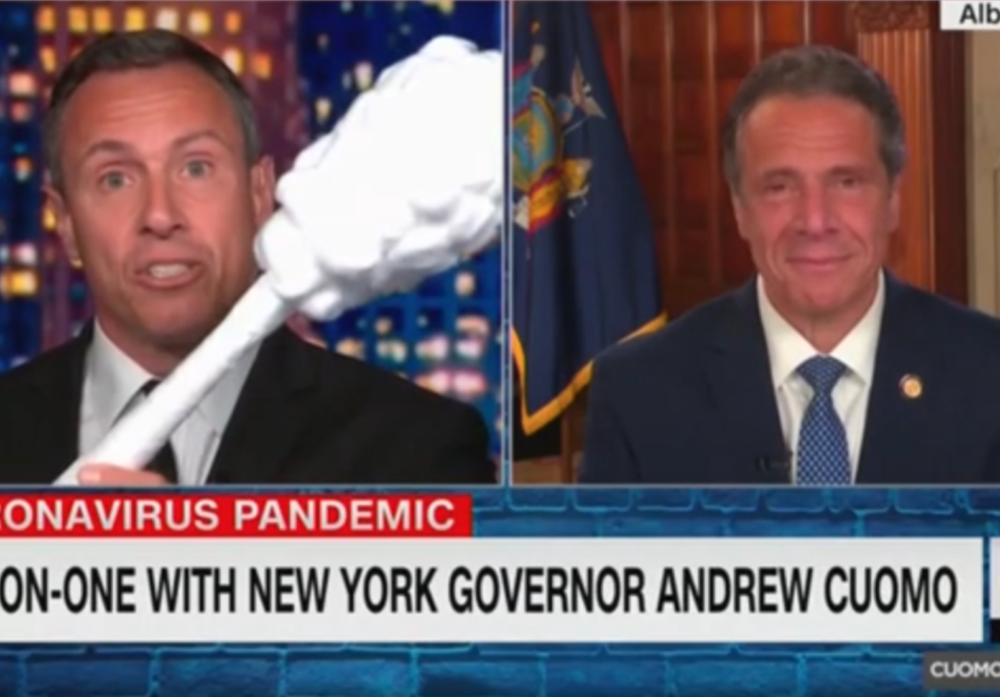 Corporate media outlets devoted less than a minute of airtime to New York Gov. Andrew Cuomo’s fatal nursing home policy that killed thousands in 2020, despite the fact that some outlets including The Federalist began to raise questions about the directive early in the pandemic.

At the beginning of the COVID-19 crisis, many leftist networks, late-night hosts, and Democratic journalists praised Cuomo for his “remarkable show of leadership” in his state and for writing an “absolutely fantastic” book about his response. CNN, MSNBC, ABC’s “The View,” CBS, and others were quick to fawn over Cuomo’s virus updates and call for masking and lockdowns in the name of keeping people safe and healthy.


While the New York Post and other outlets began to question the fatal March nursing home directive by Cuomo in April of 2020, ABC’s “World News Tonight,” the “CBS Evening News,” and “NBC Nightly News” featured conversations and coverage of the governor more than 400 times between March 1 and Dec. 31. According to the Media Research Center, only two of those stories, totaling 51 seconds of airtime, mentioned Cuomo’s deadly nursing home policy.

It wasn’t until May and then July that a handful of seconds were focused on the “controversial policy forcing nursing homes to take back COVID patients.” The extra few seconds devoted to asking Cuomo about the reportedly “controversial policy” months later were met with harsh pushback from the governor, who claimed the deaths in nursing homes were unrelated to his directive.

“We looked at this factually,” Cuomo told NBC’s Gabe Gutierrez in July. “If you look at when the nursing home deaths happened, it has no correlation to that order.”

Now, as multiple sexual assault allegations have surfaced and Cuomo’s administration has admitted covering up thousands of COVID deaths as a result of his policies, corporate media outlets are trying to walk back their months of praise. CNN is just one of the many legacy media outlets that suddenly decided to virtue signal and claim it is pivoting its coverage of the Democrat.

Jim Acosta refuses to answer @BlueBoxDave‘s questions about CNN’s lack of coverage of New York Gov. Andrew Cuomo’s nursing home scandal and the allegations of sexual assault against him. pic.twitter.com/u6O9pFtkfB

Fox, on the other hand, is reveling in the story. pic.twitter.com/NJ7nqSdTYi

There are still, however, no apologies from journalists, or even the governor’s brother Chris Cuomo, for excessively fawning over and joking around with the governor as thousands of elderly people died in care facilities. As a matter of fact, Chris Cuomo recently ignored all of the times he brought his brother on his show during the peak of COVID-19 in 2020 to claim that any further coverage of the family member would be a conflict of interest.

“Obviously I am aware of what is going on with my brother. And obviously, I cannot cover it because he is my brother,” Cuomo told his audience on Monday. “Now, of course, CNN has to cover it. They have covered it extensively and they will continue to do so.”

>> @ChrisCuomo at the top of @CuomoPrimeTime tonight: “Obviously I am aware of what is going on with my brother. And obviously I cannot cover it because he is my brother. Now, of course CNN has to cover it. They have covered it extensively and they will continue to do so.” pic.twitter.com/G49mZYTG4D