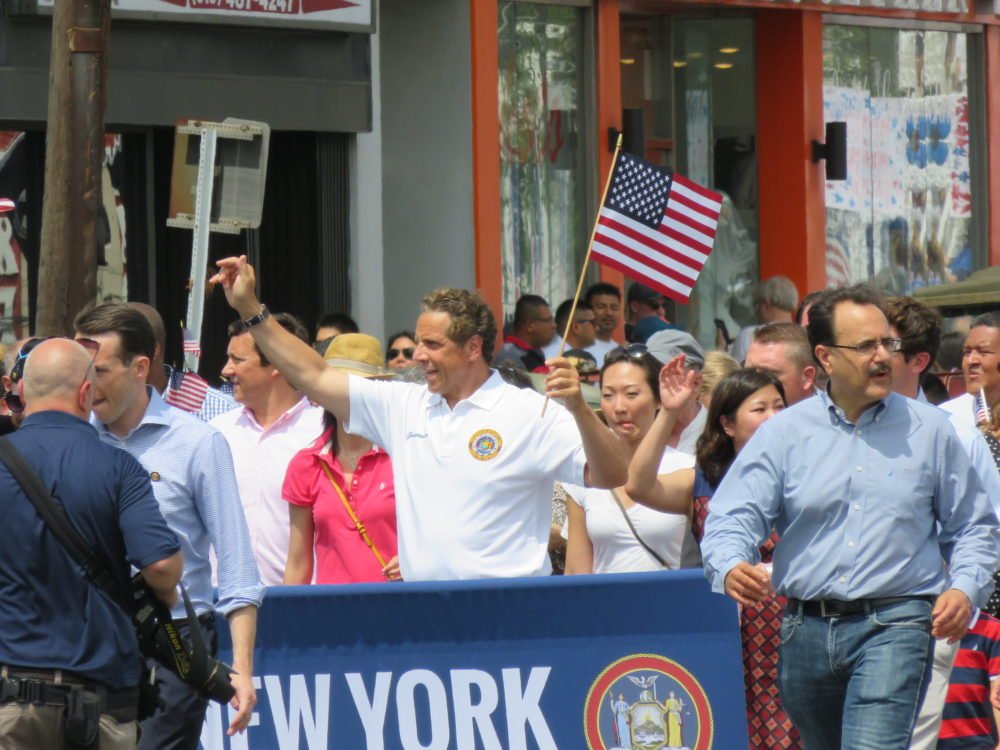 One reason de Blasio lists is Cuomo’s “withholding of information on the deaths of over 15,000 people” in the nursing-home scandal. That fact, you might notice, has been in the media spotlight for weeks now. Even before then, the mayor didn’t seem to think the on-its-face-stupid-and-obviously-deadly decision was a good reason for removing extralegislative powers.


While last year Fox News’s Janice Dean, The New York Post, The Federalist, The Daily Caller, President Donald Trump, and others exposed and publicly detailed Cuomo’s abuses, the mayor kept silent. He also passed on the chance to sign on with nine members of his own party when they joined their Republican colleagues in calling for an end to the emergency powers more than two weeks ago. What else, then, could have provoked Sunday’s statement?

A second reason the mayor listed is “multiple instances of intimidation.” Those, you might also notice, have been obvious since Cuomo first entered politics.

“Everybody knows that behind the scenes, he is the dirtiest, nastiest political player out there, and that is his reputation from years in Washington,” former New York Gov. Elliot Spitzer told CNN in 2010. “He had brass knuckles, and he played hardball. He has a lot of enemies out there. Nobody’s been willing to stand up to him.” Spitzer, some will recall, fled office amid a then-Attorney General Cuomo investigation of his frequent use of prostitutes.

Any other reasons, then? Yes, actually: Accusations of sexual harassment, which gained broader credibility five days ago after one accuser detailed her story in a long blog post, and were furthered this weekend when a second woman added her story. A third came forward Monday evening. “New Yorkers,” de Blasio’s statement opens up, “have seen detailed, documented accounts of sexual harassment.”

But what about spending months lying and blaming others for 15,000 deaths in vulnerable elderly care facilities? Was that not enough to immediately end emergency authorities when it was exposed and then admitted? While it’s perfectly natural for reasons to pile up over time, gaining significance in the mind as gathering evidence establishes a pattern of behavior, thousands of dead citizens should alone be reason enough for censure.

What’s most striking is that de Blasio’s call to “revoke the governor’s emergency powers” comes after nearly an entire year of Cuomo publicly wielding his power to destroy his own state, closing schools, banning businesses, shuttering churches, prosecuting religion, and allowing rioters to run roughshod over citizens and police. So after all that, the abuse of power that cannot — will not — be tolerated is sexual harassment having nothing to do with those emergency powers? Is that the line we’re drawing here? Would the crushing of New York be OK if not for this latest revelation?

Of course, de Blasio and friends think those extraconstitutional abuses of COVID power were toward a noble cause. Indeed, the mayor is guilty of the same abuses, even letting his long feud with the governor once again spill into national headlines last year as the two fought over turf and other minor aspects in their individual plans to fight COVID by destroying New York.

An essential aspect of the reckoning coming for Cuomo from within his own party (and their allies in the corporate media) is it comes after a long year of agreement, praise, and adulation. Everything he is guilty of before accusations of sexual harassment, his former allies are also guilty of — until now. Witness Sunday evening’s similar condemnations of Cuomo by Speaker of the House Nancy Pelosi and the White House, cutting cleanly along the harassment line.

Killer orders, cover-ups, threats, sexual harassment, and the destruction of the state be damned. The real reason for Cuomo’s coming fall are that power and ambition have seen weakness and smelled blood. Just as Attorney General Cuomo once took down a wounded Spitzer, a man who once called himself “a f–king steamroller,” before taking his place, a weakened Cuomo now finds himself in the cross-hairs.

The Democratic Party has the means — and has now cited the moral authority — to replace Cuomo with another of their own. His days as “America’s boyfriend” are officially over, and for the next act, his allies will wash their hands with his political career.

While it’s wonderful to see some semblance of political justice for the disasters of the past year, there’s no reason to take heart from it: For the people in New York, and the rest of us living under the Biden-Pelosi-Schumer administration, nothing will change.