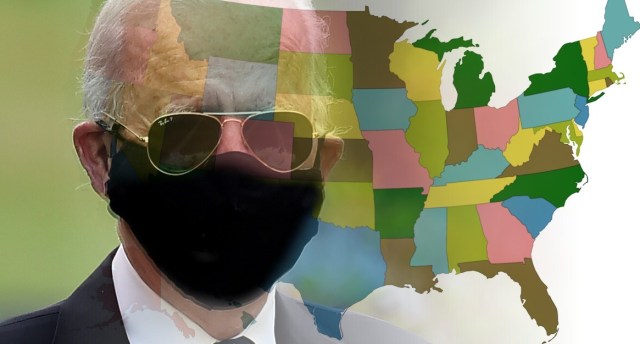 I repeatedly warned from before 2015 that The Masters of The Universe must be brought to heel.


I have repeatedly advised that the era of digital mythology will fade, and real information can only exist by the written word. As it virtually has, since the word was invented. Glory to the Greek Phonetics beyond hieroglyphics and cuneiform. Digital was always a tool. Never a lifestyle.

Channeling lives into single paths could never be anything beyond a recipe for disaster. Now they believe they are invincible. Information censorship and propaganda, can not only dictate heads of government; in the face of elections; but can dictate governments almost anywhere in the west.

India solved the problem by losing their Intel Community: easy. Political Blackmail resolved by; first we tell you, then we show you.

America is believed captured. Australia was the lap of victory test run for control of The West. Shut as per decision. Australia; as only morons could; decided a ploy of copyright. The brainpower of legal dross. Which naturally led to the lunacy of negotiation. This is not the real world. Prepare for the face-saving outcomes of Government face-saving fiction.

Six years ago I wrote that control of the aether was the solution to the obvious and looming political blackmails. The other of course is the global reach of the Real International IC. Let them try it on Russia or Israel. Overfed game players, deciding world politics above their income streams and fearless of ability to function. Even deciding who lives and who dies. Governments brought to heel by a loosed virus, control of information, and not a shot fired.

The Fake US president is receiving pushback, wherever he postures an opinion. Hardly leadership. The Middle-East, and now Western Europe. He has sealed his fate concerning; Russia, India, Japan, The UK, Germany, France, Australia, the Phillipines, Thailand, Indonesia, Vietnam, Taiwan, Saudi Arabia, Israel, and anywhere the ignorance of his scriptwriters can be postured.

The nations against which he postures, relatively have Elections, never Selections. And the control of a nation by Deep State media platforms; is a Third World pretense of a past era. How stupid are his handlers to think the World believes that grotesque ballot was anything purporting to be a reality. The credibility of all things American, destroyed by one act of collaborative fraud, seen by The World. Only the insane are unaware of The Manchurian Candidate.

Few are aware of The Intel Wars. Far more are aware of the competing coups between Deep State and The Military.

We learn that The West will reject America and all it postures. America now has zero influence and zero meaning. As China and America have now resolved the Sino-US Cold War, by the surrender and vanquishing of America; let the looting and socio-economic devastation begin; as the victor and its puppet go skipping merrily into the sunset of their oblivion.

The hard-fought war is over; America suicided on the planes of freedom. The shortest-lived empire is no more. Video (Biden gets his second global humiliation during G7 meet).

The hidden indictments and the tribunals, from 2017. The musical chair, incessant narrative, predominantly invented by the fiction-driven fertile minds of AltMedia. The hinges of part truths clearing the way for the greater disengaged.

In the clip below: McCain III and Scherff (GHWB) were at long last executed after a military tribunal, and Orange signed off (The D5 Letter). Hidden from public perspective. But the lack of notorious apparatchik and allied bad actors, known to have been canceled, remains the outcome.

HRC, McCain III, and Biden were known to have been arrested, by the visible ankle bracelet affairs. Add to that: the questioning of; Graham, Soetoro, Brennan, Clapper, Hayden, Rosenstein, Comey, et al; known that habitual liars are notorious for lack of coordination, due to a wavering baseline; and there still remains a wavering outcome. Albeit: HRC, Soetoro, and Graham, delivered as performing seals; as they would.

And of course, the HRC arrest of 11 September 2016, is legend. Not surprisingly AltMedia; except those who followed this writer; have it wrong, to this day. There remains a deficit of outcome, that can no longer be imaginatively stretched by the fiction squads that have infested AltMedia.

The three Roths that have been despatched, could be attributed to internal family disputes. Flying bankers and ridiculous suicides are part of a purge of The City of London. 9/11 was a major cleanse: The ONI accounting office at The Pentagon, the testing of W40 mini-nukes already run in Iraq, the testing of full-size drones from Stewart Airfield, the Cantor Fitzgerald, Euro Brokers, and Marsh & McLennan Treasury Bond accounting, the prosecution division of The SEC, Goldmans records, and USN target practise of empty AA11 and UA175, swapped at Stewart, AA77 and UA93 did not fly, and much more.

I have written extensively of The JFK and Jr. Affairs.

It’s a brave new world. They either get it, or they don’t.

I sit in a coffee shop facing relatively busy pedestrian traffic. Easy to play the game of the ratio of insane, and how that has increased over the decades.

Nothing has changed in a deceived world beyond perceptions and belief systems.

The checks and balances of media as fraudulent as a legal system. Legal Fictions, Rules of Evidence, and disguised political convictions. The Guildford, Birmingham, and Maguire false convictions, while emptying The Maze. A tragic history of social presumptive, to denied criminals and corrupt, running from pivotal decisions affecting the entire West. And The IRA trained in Scotland by The CIA.

Cognitive Dissonance, Syllogistic Logic, lack of Rational and Critical Thought. Failed education systems. Cultural addiction to Post Modern Illusions and Delusions. Denial of true history. The advent of obtuse Intellectualism and the epiphany of absurd Moralism. The manipulation of truth, fact, and reality, derived from paranoia, prejudice, and naivete. The inculcated and tutored inventions of normalcy, all packaged into an uncontrolled yearning for socio-economic devastation.

Why bother vaccinating to eugenically alter DNA and RNA, when the reality is the psychotic episodes we suffer around us on a daily basis. Mission Accomplished for The Usual Suspects and their camouflaged Enemies Within.

Incidentally: there is no chip planting. That was accomplished by the mobile device. If AltMedia did not exist, it would have been necessary for The Usual Suspects and The Enemy Within, to have invented it.