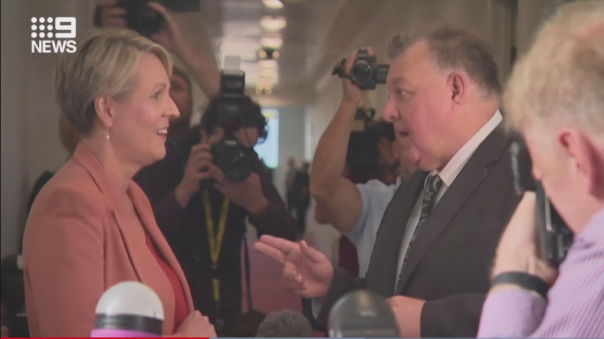 Craig Kelly politely explains the facts about professorial support for non-vaccine treatments to senior Labor politician Tanya Plibersek, who just doesn’t get it. 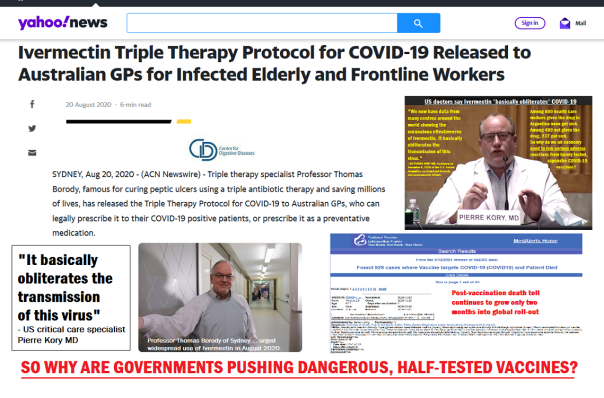 y wannabe leader Tanya Plibersek and her media sycophants made fools of themselves recently when they claimed a government-approved medical treatment for COVID-19 promoted by rebel Liberal MP Craig Kelly was “a conspiracy theory”.

Plibersek and the media tried to use Kelly to embarrass PM Scott Morrison by forcing him to denounce Kelly’s alleged conspiracy theory about actual non-vaccine treatments for COVID-19 that are safer and more effective than largely untested and dangerous vaccines. The best they could get was ScoMo apparently “reprimanding” him. Shock. Horror.

Meanwhile Plibersek and her crowd of media morons running around the Parliament corridors didn’t bother to check their facts. One of the treatments promoted by Craig Kelly (who has since resigned from the Parliamentary Liberal Party) was Ivermectin, an anti-parasitical drug used to treat humans and animals. He also advocated for hydroxychloroquine – all part of “the conspiracy theory” apparently.

Ivermectin’s anti-COVID potential was researched by eminent Sydney professor Thomas Borody in the early part of 2020 and by August had been legally made available to Australian doctors for prescription as a triple therapy COVID treatment protocol. Governments and media studiously ignored this while relentlessly banging the vaccine drum.

Kelly, speaking to Plibersek in the corridor, referred her to the support for Ivermectin and hydroxychloroquine treatments from Professor Robert Clancy, a leading immunologist and Emeritus Professor at Newcastle University, who has studied both treatments. But that wasn’t enough for the dizzy politician Tanya, because it was not about science, it was all about “conspiracy theories”.

Months earlier in the US, midway through 2020, a group of doctors undertook a three-month data study and protocol development of 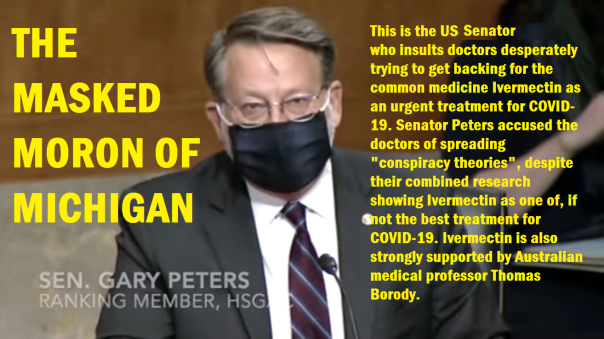 Ivermectin and strongly advocated for its use against COVID-19. They took their case to the US Senate and ran into one of the earlier cases of COVID-19 Non-vaccine Treatment Syndrome – a US Democrat senator from Michigan, Gary Peters.

Like his Australian socialist comrade, Peters showed himself a complete imbecile when he tried to invoke the “conspiracy theory” talking point against the doctors testifying to the Senate. Dr Pierre Kory (a lifelong Democrat) rightly expressed his indignation over the silly senator’s comments and proceeded to present the solid research behind his and his colleagues’ findings.

Another group of US medicos called America’s Frontline Doctors had earlier been campaigning against government bans of and restrictions on hydroxychloroquine (HCQ). US and Australian state governments have – criminally – banned use of that drug specifically for COVID treatment, despite the New York doctor Vladimir Zelenko treating hundreds of New York COVID patients with a 98% success rate early in the first wave. Dr Zelenko later published a protocol for treatment and won strong support.

It is seriously corrupt and criminal behavior for governments to suppress and/or ignore treatments for a viral infection blamed for hundreds of thousands of deaths. This can only be attributed to the insidious inroads and control over governments by big pharma, the Gates and Rockefeller foundations and their entrenched corporate/government stooges like Jane Halton and others from the Senior Executive Service.

While the government agencies and others pushing the COVID vaccines point out that VAERS reports do not prove a causal link between the vaccination and the death, it is worth noting that a third of these deaths are occurring within 48 hours after vaccination, also reported by Children’s Health Defense.

What is also disturbing is the incidence of miscarriage post COVID vaccination. See attached sample of VAERS reports, mostly from December. When the Secretary of the Australian Department of Health, Dr Brendan Murphy, was asked by a reporter about dangers posed to pregnant women by the vaccine, he said “we don’t have any data on that”.