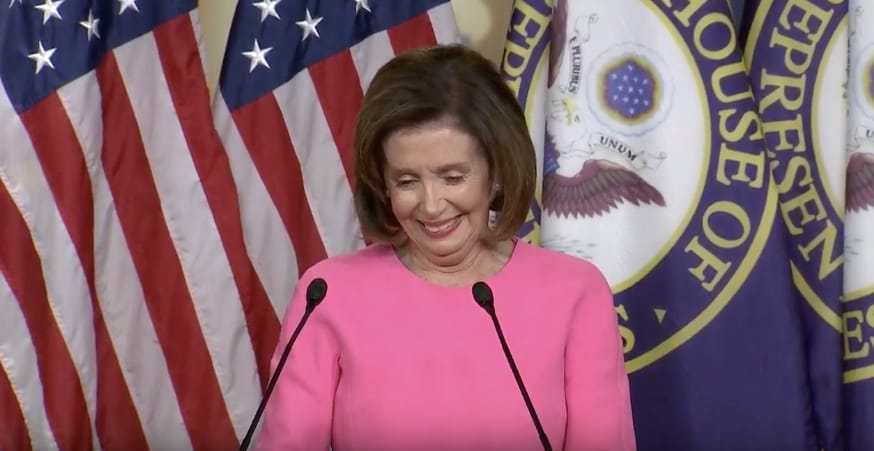 Republicans are calling for Pelosi to pay a $5,000 fine she herself imposed for violating a new security measure in the Capitol building.

Fox News reports that Pelosi did not enter through a door with magnetometers, a new measure introduced after the Capitol riots.

Two Republicans, Reps. Gohmert (R-Texas) and Clyde (R-Georgia), were fined $5,000 just one day ago for entering through doors without detectors.

Now that Pelosi failed to do it, there has been no announcement of a fine.

“She opened the session on the floor, she came through what is known as the Speaker’s lobby,” Davis said. “We are all told, one Republican was fined for doing this just yesterday, that you cannot walk through those entrances unless you are disabled.”

Gohmert received the massive fine when leaving the House floor to use the restroom. The fine rules say the second time a representative is fined, there will be a $10,000 subtraction from their paychecks.

“Typical good for thee, not for me type of attitude that comes out of San Francisco,” Davis said.

“Now is this a smart rule? No. Is this a rule that makes sense? No of course not. But that’s not the point, the point is they’re her rules. She’s literally confiscated property in the form of money, which we think is unconstitutional, but in any case they’re doing it,” he said.

Crenshaw said Republicans are creating pressure for Pelosi to follow her rules.

“She won’t abide by the rules herself so we’re going to make a huge push for her to actually have to pay that fine,” he said.