As seen through the eyes of Malcolm R. Hughes.

This story is of a massive hoax, stated as such by medicos around the world. A scam only second in proportion to the worldwide “fractional reserve-fiat currency” system of banking.

This scam was dreamed up by the operators of the Central Banking Cabal in cooperation with Bill Gates, Dr Anthony Fauci and the Global Preparedness Monitoring Board via the WHO and carried out with the help of the politicians (traitors) around the world and the mainstream media (also traitors).

As I see it, the scheme was multi-layered.

The world financial debt system has reached its use-by date and is due to crash. However, the Banking Cartel doesn’t want it to crash until they have a cover story for the reason for the crash. They don’t want to take the blame. And Bill Gates wants mandatory vaccinations for three reasons. He will make masses of money; the other reasons are printed below. A planned crash before the US election on 3rd December could be blamed on the virus bringing down the world’s economy and would incur a defeat for Donald Trump. A bonus for world banking.

A pandemic would be a cover story for both the Banking Cabal and the Bill Gates plan if the world’s economy did crash during the pandemic, but it didn’t.

The scheme was put in place over several years. In 2015, Dr Anthony Fauci as director of the National Institute of Health (NIH) sent a grant of $US3.7 million to a Wuhan Laboratory. This put in place down the track, the apparent possibility of a virus worked on at this laboratory, being accidentally or deliberately released to start a deadly viral pandemic.

Bill Gates had mentioned several times that the world’s population needed to be reduced by several billion. He has also stated that this outcome could be achieved by vaccinations. [Claiming to make third-world people more healthy so they’d have fewer children!!!]

We also know that there is a program to insert a microchip into all the world’s population via a vaccination needle. This chip will not only control all our actions and thoughts, but our banking and financial transactions will also be done using this chip. Hence the reason to push for a cashless society.

It is only natural that the Cabal and Bill Gates should conspire to create a situation whereby the population would accept mandatory vaccinations fulfilling these programs. Bring in Tony Fauci to supply links and prophecy to implement the soon to be pandemic. Add a group named the Global Preparedness Monitoring Board (GPMB) to formulate what was to be done, by politicians, once the pandemic is announced. Interesting to note members of the GPMB are The World Bank, Bill and Melinda Gates Foundation, Dr Victor Dzau, Dr Tony Fauci, Government of Germany, Welcome Foundation, Resolve Conserve Lives, WHO and Tim Evans. This organization relieved Nation States of 8 billion US dollars through pledges to run this scam against all Nation States.

What a great scam? Rip a nation off, then attempt to close down their economic system and kill off a portion of their population.

How did he know that there would be a surprise outbreak within the next four years, unless he is referring to the usual seasonal flu having been invigorated, or he knew of a manufactured virus that was planned to be released in that time frame?

Next, we have the GPMB meeting in 2018 to formulate what the countries of the world had to mandate in the way of “lockdown” once a pandemic was promulgated by WHO.

Then we have the commencement of the “viral pandemic” in China and Italy in December 2019. Both cities hit hard in these countries had aged populations, high industrial pollution, and had recently been introduced to 5G technology. It is known that 5G removes oxygen from the air (at a specific frequency), making it more difficult to breathe, especially for those with respiratory problems. Of course, in between these two dates, the governments around the world had been instructed what they were expected to do once “the announcement” was made.

It was known prior to the announcement of Covid-19, which still has not been scientifically proven to exist 12 months after the “outbreak”, that face masks are not protection against viruses. Since that time, more tests came up with the same answer. In certain states of the US and Victoria, Australia, it became mandatory to wear face masks (December 2020).

Dr Tim O’Shea offered a cash prize months ago, to a person or organisation that could scientifically prove that Covid-19 actually exists. There have been no takers.

If nobody can prove Covid-19 exists, how can a vaccination to prevent such a virus be manufactured?

This is another rort. A very dangerous rort, putting people’s lives and health in jeopardy. Especially children’s health, as they should have many years of good health ahead, but not much chance with all the toxins and foreign DNA or RNA possibly in the new vaccines. Bill Gates’ dream to depopulate the planet is at the expense of robbing today’s children of their potential life span (or fertility).

More proof that the virus does not exist lays in the overall death numbers for the year 2020 compared to previous years.

A US doctor has quoted that the death numbers in US this year are 2.2% down against each of the previous three years.

In Victoria, the total death numbers per month for 2020 vary little from previous years when the increase in population is taken into account. See stats from Victoria’s Births, Deaths and Marriages, provided. The Victorian Government attempted a cover-up by removing 10 years stats from that site during July 2020, but thankfully I had downloaded that information in June. 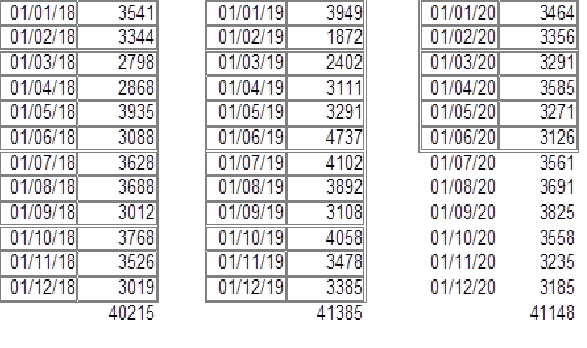 Watch this video, there is much important information regarding the Covid-19 plandemic.

Dr Martin states that “there is no Covid-19”. In his explanation of coronaviruses, he says that they mutate, each time becoming weaker.

This leads me to another disease theory.