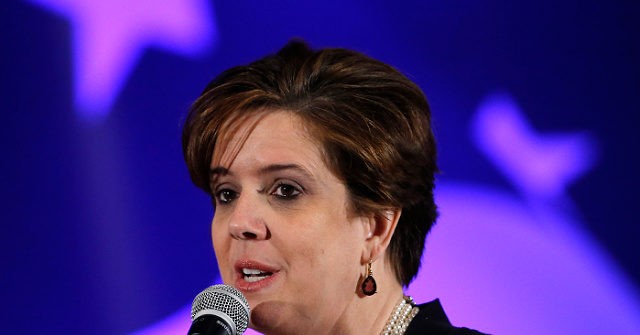 Lincoln Project cofounder Jennifer Horn has terminated her relationship with the anti-Trump organization, citing the “grotesque and inappropriate behavior” of her colleague and fellow cofounder John Weaver, who has been accused of sending explicit messages to young men, offering advice in exchange for sexual favors.

The New York Times confirmed Horn’s departure Friday afternoon. She told the outlet, “Upon careful consideration, I have terminated my relationship with the Lincoln Project, effective immediately.”

According to the Times, Horn offered no further detail on her departure, but the Lincoln Project released a statement on Friday evening, proclaiming that the cofounder demanded a large signing bonus and $40,000 monthly consulting contract just two days ago.

The organization claimed Horn stated that her goal was “to establish immediate and long-term financial security.”

“These demands were unanimously rejected by the management committee and board,” the Lincoln Project said, adding that it “immediately accepted” her resignation:

Horn’s resignation comes days after 21 men accused Weaver, who worked with the late-Sen. John McCain (R-AZ) as well as former Ohio Gov. John Kasich (R), of sending explicit messages, offering advice in exchange for sensual favors. One of the accusers alleged that he began to receive the messages when he was an adolescent — just 14 years old.

According to the Times, which reviewed one of the messages, Weaver told one man he would “spoil you when we see each other.”

“Help you other times. Give advice, counsel, help with bills. You help me … sensually,” Weaver allegedly wrote.

The Lincoln Project promptly condemned Weaver, stating that he “led a secret life that was built on a foundation of deception at every level” and labeling him a “predator, a liar, and an abuser.”

“The totality of his deceptions are beyond anything any of us could have imagined and we are absolutely shocked and sickened by it,” the anti-Trump group wrote, claiming to have been “deceived” by Weaver. However, political consultant Ryan James Girdusky, who broke the story, described the group’s statement as an “absolute lie”:

This statement by the @ProjectLincoln is an absolute lie.

Members did know. Young men approached them about the accusations. Members knew I was writing the story and warned John Weaver pic.twitter.com/BZms5iLgpL

Weaver admitted to sending “inappropriate” messages to young men in January, telling Axios, “The truth is that I’m gay. And that I have a wife and two kids who I love. My inability to reconcile those two truths has led to this agonizing place.”

“To the men I made uncomfortable through my messages that I viewed as consensual mutual conversations at the time: I am truly sorry,” he continued. “They were inappropriate and it was because of my failings that this discomfort was brought on you.”