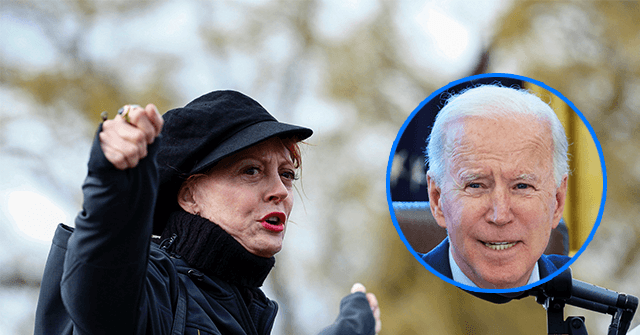 Susan Sarandon is taking President Joe Biden and other Democratic leaders to task over their failure so far to make good on their campaign promises to deliver $2,000 stimulus checks to Americans hit hard by the coronavirus pandemic.

The Oscar-winning actress delivered a social media ripping that also targeted Vice President Kamala Harris and Georgia Sens. Raphael Warnock and Jon Ossoff. “Where are the $2K checks you promised,” she demanded. At a time of widespread economic hardship, the $600 difference “is a matter of survival” for many Americans.

Susan Sarandon fired off a series of tweets Thursday aimed at Democratic leaders who had pledged to voters that they would send out $2,000 stimulus checks if elected to office. Instead, President Biden is pushing for $1,400 checks as part of his $1.9 trillion spending plan.

The actress warned that Democrats risk losing elections in 2022 and 2024 if they fail to deliver on their promises.

If voters feel like Dems are pulling a bait and switch, don’t be surprised when they don’t show up in 2022 or 2024.

When a Twitter heckler pushed back by calling her a “hard core leftist ideologue,” Sarandon shot back sarcastically: “If Dems lose in 2022 and 2024 it’s because I Tweeted and not because voters who desperately need $2,000 think they lied.”

Unlike most left-wing celebrities, Sarandon is willing to criticize Democratic leaders over issues including fracking and never-ending wars in the Middle East, both of which she opposes. The actress famously spoke out against Hillary Clinton’s 2016 run for the White House, calling the candidate “very dangerous.”