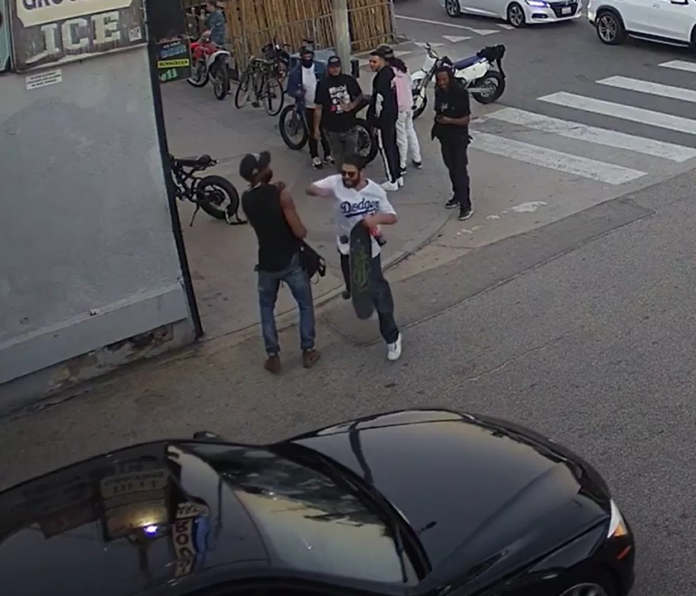 The footage shows two men appear to exchange words before, out of nowhere, one man swings a punch, knocking the other to the ground.

Police didn’t say what led up to the incident.

The following information was released by the LAPD: On January 16, 2021, around 5:00 p.m., at the intersection of Washington Blvd and Speedway Blvd, the suspect and victim became engaged in a verbal altercation. During the verbal altercation, the suspect punched the victim in the jaw causing the victim to lose consciousness. The victim was transported to a local area hospital and treated for serious injuries he sustained as a result of the attack.

Anyone with information about this incident is asked to contact Pacific Area detectives at (310) 482-6394. During non-business hours or on weekends, calls should be directed to 1-877-LAPD-24-7 (1-877-527-3247). Anyone wishing to remain anonymous should call the L.A. Regional Crime Stoppers at 1-800-222-TIPS (800-222-8477) or go directly to www.lacrimestoppers.org. Tipsters may also visit www.lapdonline.org, and click on “Anonymous Web Tips” under the “Get Involved-Crime Stoppers” menu to submit an online tip. Lastly, tipsters may also download the “P3 Tips” mobile application and select the L.A. Regional Crime Stoppers as their local program.