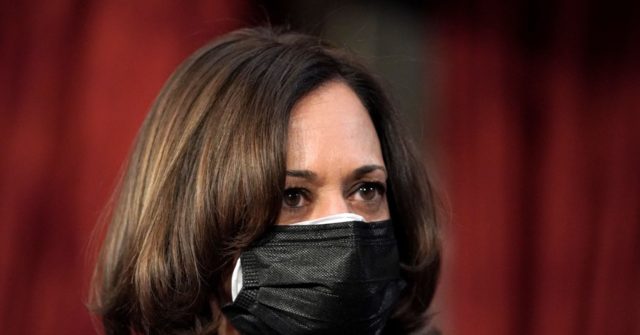 The spending package passed at 5:35 a.m. after a full night of debate, pushed forward by Democrats looking to force through a budget reconciliation deal without the support of Republicans.

The vote was tied 50-50 in the Senate before Harris arrived and cast the vote to break the tie.

The bill now goes to the House where House Speaker Nancy Pelosi and the majority of House Democrats are expected to pass it and send it to the markup process.

With Democrats plus Harris controlling the majority of both houses of Congress, party leaders have little incentive to bargain with Republicans to pass bipartisan legislation.

But Republicans worked through the night in a series of votes to get bipartisan amendments into the bill even though they are not binding.

The Senate adopted an amendment from Sen. Joni Ernst (R-IA) that would ban a minimum wage boost during the pandemic by voice vote, preventing senators of both parties from having to take a difficult vote.

Tonight I got the entire Senate —Democrats and Republicans — to agree not to hike the federal minimum wage to $15 per hour during a global pandemic, which would kill jobs and destroy small businesses. https://t.co/otHBMQEsgJ

Biden’s budget plan included a $15 an hour minimum wage hike, a provision that many small business owners said would cripple their businesses already suffering from the coronavirus pandemic.