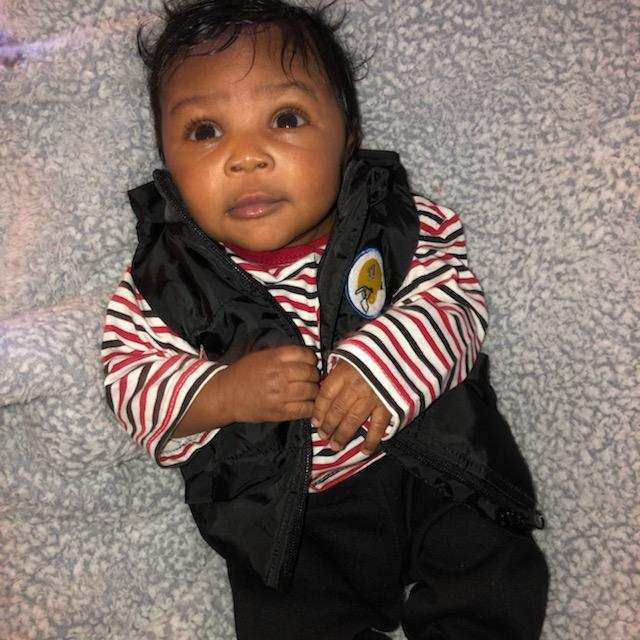 **UPDATE: Baby Jiraiya was located in Chesterfield, Va. and is safe. A person has been taken into custody.**

The Newport News, Virginia Police Department is asking for the public’s help locating a 3-month-old who was reported abducted Thursday morning. An Amber Alert has been activated.

The child — identified as Jiraiya Cherry — was reportedly abducted by an “unknown babysitter,” officials said.

The Virginia State Police say the child is in “extreme danger.” The exact circumstances surrounding the child’s disappearance are under investigation.

Jiraiya was last seen in the 13300 block of Preakness Drive around 10 a.m. Thursday.

Jiraiya is described as a black male with a light complexion and dimples. He is approximately 10 pounds and has brown hair. He was last seen wearing a red and white striped onesie with blue pants.

The suspect is described as a black female, approximately 5-foot-5 to 5-foot-6, with black dreadlocks to the middle of her back. She was wearing a black face mask with a black jacket. She is approximately 24-years-old and speaks with a southern accent. She may be driving a four-door silver sedan with Virginia plates.

Anyone who knows of Jiraiya’s whereabouts is asked to call Newport News Police Department Emergency Communications at 757–247–2500.