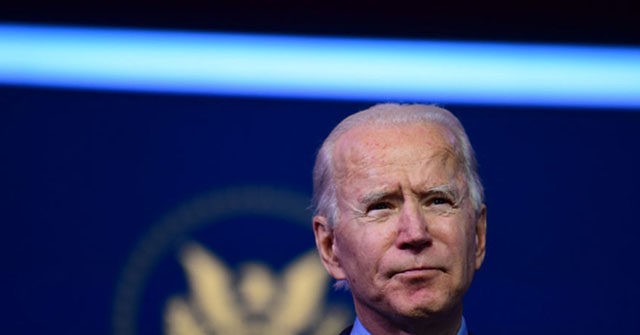 The New York Times published an essay on Tuesday detailing a range of recommendations for the Biden administration to adopt to fix the “reality crisis” and “de-radicalize” citizens, including setting up a “reality czar” and  “truth commission.”

The essay, penned by Times technology columnist Kevin Roose, accuses “millions of Americans” of embracing “hoaxes, lies and collective delusions” before questioning how to unite a country where these millions “have chosen to create their own version of reality.”

“I worry that unless the Biden administration treats conspiracy theories and disinformation as the urgent threats they are, our parallel universes will only drift further apart, and the potential for violent unrest and civic dysfunction will only grow,” Roose writes.

The author then states he contacted several “experts” seeking what actions the Biden administration could take “to help fix our truth-challenged information ecosystem, or at least prevent it from getting worse” and then provides the answers he was given.

Joan Donovan, a research director of Harvard University’s Shorenstein Center on Media, Politics and Public Policy, suggested that the Biden administration set up a “truth commission” led by those familiar with extremist factions including white supremacist groups and far-right militias behind the January 6 U.S. Capitol riot, in order to investigate the event.

Donovan describes such an effort as “similar to the 9/11 Commission,” which provided recommendations designed to guard against future attacks.

The author then claims that experts suggested using “new and narrower labels” to distinguish between different types of movements and levels of influence within those movements.

Another recommendation Roose claims to have received from these experts is for the Biden administration to create a task force to “tackle disinformation and domestic extremism” and be led by “something like a ‘reality czar.’”

“It sounds a little dystopian, I’ll grant,” writes Roose. “But let’s hear them out.”

Such a task force may also hold recurring meetings with tech platforms to “push for structural changes,” including formulating the means for such platforms to share information about “QAnon and other conspiracy theory communities” with both researchers and government agencies.

“This task force could also meet regularly with tech platforms, and push for structural changes that could help those companies tackle their own extremism and misinformation problems,” the essay states.

“For example, it could formulate ‘safe harbor’ exemptions that would allow platforms to share data about QAnon and other conspiracy theory communities with researchers and government agencies without running afoul of privacy laws.”

These experts also recommended the Biden administration push for access to the inner workings of social media algorithms used to rank feeds and recommend content.

Roose then states that these experts warned that much more is needed to “bring back the millions of already radicalized Americans” who the essay claims are drawn to “extremist groups like the Proud Boys and conspiracy theories like QAnon not because they’re convinced by the facts, but because the beliefs give them a sense of community or purpose, or fills a void in their lives.”

Expert Micah Clark, a program director at London counter extremism firm Moonshot CVE, suggests “a kind of ‘social stimulus’ — a series of federal programs to encourage people to get off their screens and into community-based activities that could keep them engaged and occupied” as an effective means to curb radicalization.

Roose then writes that most of the experts agreed that addressing underlying issues that lead to radicalization would be the most effective action the Biden administration could take.

Christian Picciolini, a former skinhead who now runs an organization aimed at rescuing extremists from hate groups, says it is impossible to separate people’s material conditions from their choice to join an extremist group or follow a “deranged conspiracy theory” like QAnon.

“We have to provide jobs,” said Picciolini. “We have to have access to mental health care and education.”

In response to the essay, many expressed deep concerns over the recommendations, especially the installation of a “reality czar” to oversee a task force aimed at tackling “disinformation.”

“The reality czar will tell you 2+2=5,” wrote Babylon Bee CEO Seth Dillon. “And ‘unity’ will demand that you agree with him.”

The reality czar will tell you 2+2=5. And “unity” will demand that you agree with him. https://t.co/9tthkMUX7Y

“Looks like the Biden Administration is looking into creating a ‘reality czar,’” tweeted the Young America’s Foundation. “What could possibly go wrong?”

Looks like the Biden Administration is looking into creating a “reality czar.”

What could possibly go wrong? pic.twitter.com/ifwJ5DD6h7

Reality czar? Wait, which side is totalitarian again?

How the Biden Administration Can Help Solve Our Reality Crisishttps://t.co/nOTYrj8YXB

“lol this NYT story pushing for a ‘reality czar’ cites Renee DiResta, a director at New Knowledge which was caught planting fake Kremlin bots on a GOP candidate’s campaign, then getting the media to publish fake news about his ‘Kremlin ties,’” wrote podcast host Mark Ames.

lol this NYT story pushing for a “reality czar” cites Renee DiResta, a director at New Knowledge which was caught planting fake Kremlin bots on a GOP candidate’s campaign, then getting the media to publish fake news about his “Kremlin ties”.https://t.co/NzdafHH3zY pic.twitter.com/ov3rVbHFkX

The notion of “deradicalizing” and “deprogramming” Trump supporters has been fiercely promoted by those on the left in recent days following the November presidential elections and the storming of the U.S. Capitol this month.

In a recent video promoted by the left, citizens are called upon to become cyber detectives to monitor and report fellow citizen Trump-supporters to authorities.

The threat addressed is described as emanating from “radical” conservatives who live among us.

Also last month, Hassan appeared on CNN and stated that “all of America needs deprogramming” due to the negative influence of President Trump.