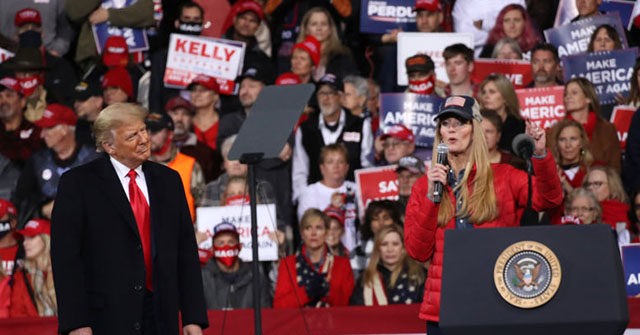 More than 700,000 Georgia residents who voted in the November election did not turn out for the Senate runoff election, according to an analysis from the Atlanta Journal-Constitution.

The analysis revealed that the dropoff in turnout from the November 3 presidential election to the January 5 runoff election was highest in northwest Georgia and southern Georgia, both Republican-leaning regions of the state.

Counties in northwest Georgia, including Walker, Whitfield, and Catoosa, voted 70–80 percent in favor of former President Donald Trump, for instance, but parts of that region saw a 19–24 percent decline in voters from the presidential election to the runoffs.

The analysis also found that, of the 752,000 voters in total who stayed home for the runoffs, a majority were white. While this correlates to white voters comprising a majority of the electorate, the dropoff percentage was steepest in that demographic. Eleven percent fewer white voters did not show up for the runoffs compared to eight percent fewer black voters, a significant statistic as exit polling in the state shows white voters in 2020 tended to vote Republican while black voters mostly voted Democrat.

The findings coincide with several polls revealing many Republicans did not trust the results of the presidential election, a sentiment Trump perpetuated as he repeatedly claimed the election was “rigged” in favor of his Democrat opponent, now-President Joe Biden.

Despite the claim, Trump sought to boost voter turnout in the runoffs and held two rallies leading up to the races to campaign for the Republican candidates — both in locations that ended up seeing some of the most significant decline in turnout, in Dalton in northwest Georgia and Valdosta in south-central Georgia.

While Trump emphasized the importance of voting Republican during his rallies, he also reiterated his claims that rampant voter fraud had cost him the presidential election. His claims were met with chants of “stop the steal” by his thousands of rally-going supporters.

Moreover, two prominent attorneys, Lin Wood and Sidney Powell, held a press conference in metro Atlanta in December also insisting voter fraud was widespread in the presidential election, but they deviated from Trump’s message by proposing voters boycott the Georgia runoffs while the alleged fraud still posed a threat to the election process.

Wood told the crowd at the press conference not to give votes to the Republican candidates as they had not yet earned them. “Don’t you give it to them. Why would you go back and vote in another rigged election for God’s sake? Fix it. You gotta fix it before we’ll do it again,” Wood announced.

One Democrat group, Really American PAC, went so far as to take advantage of the voter fraud messaging by installing billboards in rural, Trump-supporting districts that read, “Georgia Republicans Didn’t Fight For Trump. We Won’t Fight For Them,” alongside images of the Republican incumbent candidates, Sens. David Perdue and Kelly Loeffler.

Perdue and Loeffler ended up narrowly losing to their Democrat challengers, now-Sens. Jon Ossoff and Raphael Warnock, by slim margins of about two percent or less out of 4.5 million votes cast, and many blame the upset in the typically red state on Republican voters feeling disenfranchised because of their suspicions of voter fraud.

One Georgia resident told the AJC, “What good would it have done to vote? They have votes that got changed,” adding, “I don’t know if I’ll ever vote again.” The AJC’s report attracted many similar comments on social media.

Another suggested that “maybe telling them their vote didn’t matter was a bad strategy”:

Maybe telling them their vote didn’t matter was a bad strategy. https://t.co/gQJLjIA1TO

Perdue’s former campaign spokesman, John Burke, chimed in, writing, “The biggest lesson for everyone from the #GASen runoffs: Don’t ever let anyone ever tell you your vote doesn’t count”:

The biggest lesson for everyone from the #GASen runoffs: Don’t ever let anyone ever tell you your vote doesn’t count. #gapol https://t.co/grWRSMBw6n

Trump’s message that the election was stolen discouraged voters… Roland said he didn’t believe his vote would count.

“What good would it have done to vote? They have votes that got changed,” Roland said. “I don’t know if I’ll ever vote again.”

The truth is in the data 👇🏼 https://t.co/fvnBksQtKB