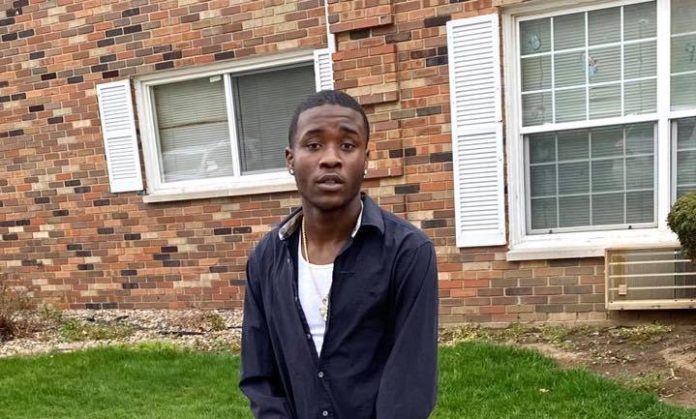 In court today, before U.S. Magistrate Judge Eric I. Long, Betts admitted to his role in inciting the riot that began at Market Place Mall and spread to area businesses and moved to the commercial area of North Prospect Ave.:

On May 31, 2020, at 10:31 a.m., Betts posted a statement to Facebook and attached a flyer of a stock image of a burning vehicle overlaid with a date and time: “RIOT @ MarketPlace Mall, Time: 3.” The flyer listed items to bring including “friends, family, posters, bricks, bookbags, etc.” In a post accompanying the flyer, Betts wrote, in part, “We gotta put Champaign/Urbana on the map – expletive – gone hear and fear us too. SLIDE let’s get busy.”

Before 3:00 p.m., Champaign Police Department officers went to Market Place Mall to attempt to prevent a riot. When officers arrived, approximately 50 to 75 people had gathered. The group continued to grow in number, and at approximately 3:12 p.m., the group began breaking out windows at businesses located in the mall, including Old Navy and Macy’s, and looting merchandise from within. Betts is pictured in video footage of the riot exiting the Old Navy store with a handful of clothing items.

During the riot, Betts also used his cell phone to make and post a Facebook Live video. The video depicts Betts carrying multiple items, including numerous pairs of khaki pants with Old Navy tags attached. Betts is heard in the video repeatedly stating, “We out here…” In another video, taken by a bystander, Betts is seen carrying multiple items, including khaki pants, and walking from Old Navy. As Betts walked by the bystander, he stated, “I started this s—.” Betts also used his cell phone during the riot to instigate others to join or to brag about starting the riot including statements such as “I started this,” and “Are you sliding to my riot?”

Dozens of off-duty officers were called to the riot where there were multiple assaults of officers and intense confrontations with the police by the group. This activity continued throughout the night and into the early morning hours of June 1, 2020. By the end of the night, approximately 50 businesses in the area had been vandalized and / or looted, including multiple small businesses that were set to reopen on June 1, after being shut down due to the COVID-19 pandemic.

Further, Betts admitted that after the riot, he fled to Mississippi where he used his cell phone to conduct internet searches such as, “can police find your location by logging in messenger,” “can police track your facebook,” and “what are charges for starting a riot.”

The Champaign Police Department and the Federal Bureau of Investigation, Springfield Division, conducted the investigation in coordination with the Champaign County State’s Attorney’s Office. Supervisory Assistant U.S. Attorney Eugene L. Miller is representing the government in the prosecution.

For the offense of inciting a riot, the statutory penalty is up to five years in prison, a fine of up to $250,000, and three years of supervised release following imprisonment.