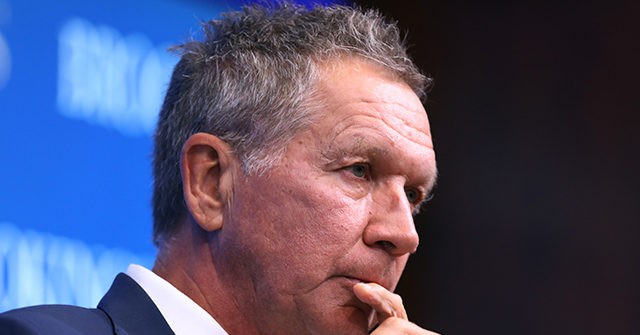 Former Gov. John Kasich (R-OH) said Wednesday on CNN’s “Situation Room” that the Republican Party will die if it continues to be the party of Donald Trump.

While discussing if House Republicans are going to remove Rep. Marjorie Taylor Greene (R-GA) from her committee appointments, Kasich said, “I was the chairman of the committee that balanced the federal budget. I was the one that was able to do reform inside the federal government. I did so many things down there that were conservative. And now these guys are off on some — I don’t even know where they are — they’re on some crazy tangent here.”

Panelist Dana Bash said, “That’s the point. They are the Republican party now, governor. The House Republicans are very much representative of a very large chunk of the GOP. Until they, you know, unless they do something to say these views are not okay and, yes, they’re speaking out, but take action about it, then talking about conservative fiscal responsibility and all those things, you know, it gets drowned out. Don’t you think?”

Kasich said, “I agree with that, Dana. Here is the thing. The Senate Republicans, Mitch McConnell, couldn’t put out a stronger statement. He’s saying that this lady should be disciplined, should lose her committees in the least, and should be isolated. So he’s a pretty big spokesperson. This gets back to what’s going on inside the party. Is it a Trump party, not a Trump party? If it stays a Trump party in the long term, it will not be successful. It will begin to die. Frankly, it’s dying already, because a lot of people have left the party. There is a chance for them to get back on their feet, but if they can’t even make a simple decision about this lady and they can’t decide to support Liz Cheney and her vote of consciousness, what does that tell you about those people? Disgraceful.”