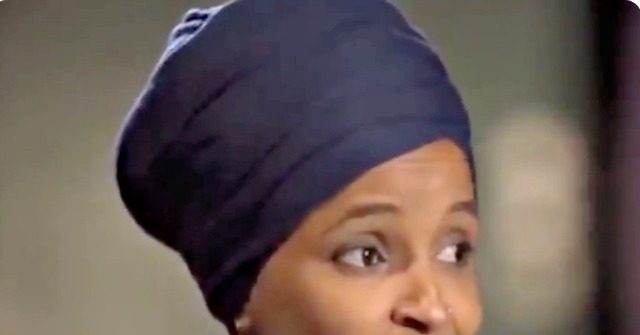 Discussing calls to remove her from committees, Hayes asked, “Did you expect that you would be pulled into this? Because you have become kind of a go-to figure in these moments for the Republican Party.”

Omar said, “Sadly, this is the Republican playbook. We saw it with Donald Trump. Any time they are faced with consequences for their actions to undermine our democracy, they blame Muslims, they blame immigrants, they blame Black people, they blame women. I just happen to embody all of these identities. I want to make sure that we are clear on this. This is not about me, and it should not be about me. This is about a member of the Republican caucus who has repeatedly incited violence, and Republicans can’t just wave a magic wand and attack the Black congresswoman.”

Hayes said, “It was notable that there’s a fundraising effort using you. That fundraising, the Democrats are trying to expel me from Congress, and the Democrat behind her there is you, not Speaker Pelosi or House leadership. I think everyone understands what that is about. I guess my question is this, there’s this dynamic that functions now where she will use the attention. Right? Do you think about breaking out of this cycle and how to do it if there’s any way out of it?”

Omar said, “The Republicans truly have lost their way. Their party is destroyed. Their base now is conspiracy theorists. It’s cowards, it’s opportunists, it’s grifters, and sadly they’re becoming the Looney Tunes. These are people we can’t take serious. They’re not here to do the people’s business. They are here to just be obstructionists and make a mockery of not just our government but our country.”