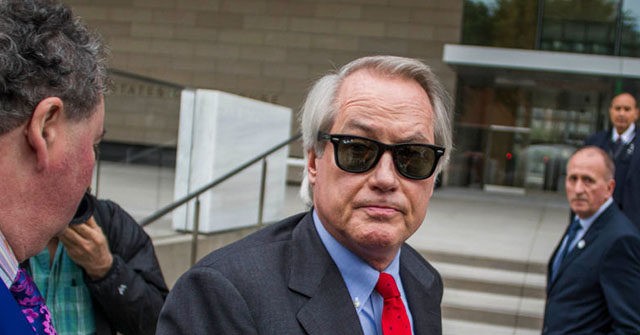 The Georgia secretary of state’s office is investigating if attorney Lin Wood violated the state’s residency requirements for voting in the 2020 general election, a source from the office confirmed to Breitbart News.

Wood claimed widespread voter fraud occurred in the November 3 general election and encouraged Georgians to boycott the state’s subsequent runoff election because of the alleged fraud. Now, Secretary of State Brad Raffensperger is probing whether Wood, who voted early in Georgia in the general election according to state records, was a legal resident of the state when he cast his vote.

Raffensperger’s office launched the investigation after noticing an email Wood sent to WSB-TV reporter Justin Gray in which Wood said he has “been domiciled in South Carolina” for months. Wood had been responding to an inquiry from the outlet about his law license when he made the comment.

“I have been domiciled in South Carolina for several months after purchasing property in the state in April,” he wrote. “My decision to change my residency to South Carolina has nothing to do with the frivolous and politically-motivated actions of the State Bar of Georgia”:

Lin Wood confirms to me that he has moved out of Georgia. He says it has nothing to do with GA bar investigating him. He plans to maintain his GA Bar license & eventually join the SC bar. Part of his email to me is below: pic.twitter.com/IBAGK4oxmZ

Raffensperger’s office provided further detail about the investigation to NBC:

“The question is whether he was a legal resident when he voted in November in light of an email he sent to [WSB-TV reporter] Justin Gray saying he has been domiciled in South Carolina for several months,” the secretary of state’s office said in an emailed statement. “The investigation is ongoing.”

Wood himself has ironically charged that rampant voter fraud occurred in the general election and filed a lawsuit in Georgia seeking to overturn the results based on alleged issues with the absentee voting process, voter dropboxes, and Dominion voting machines.

Wood, who claims he is a Trump supporter but has a long history of supporting Democrats as Breitbart News has detailed, held a press conference in December that attracted significant attention after he deemed the election “rigged” and told Republicans they ought not to vote in the January runoff election because of it. “Why would you go back and vote in another rigged election for God’s sake? Fix it. You gotta fix it before we’ll do it again,” Lin declared at the time.

Wood responded to the new investigation against him in a statement to WSB-TV on Tuesday evening, saying, “I have been a resident of the State of Georgia since 1955. I changed my residency to South Carolina yesterday.”

While Wood voted in the 2020 general election, he told the outlet he did not vote in January because the election was not “legitimate.”

He called the investigation “pure harassment” by Raffensperger, alleging Raffensperger had a vendetta against Wood because the attorney “revealed credible evidence of election fraud” on Raffensberger’s part.

Wood’s lawsuit against the secretary of state was tossed out in December in a U.S. district court after the judge determined it lacked evidence, saying Wood’s claims should have been “‘based on well-pleaded facts’ because courts ‘do not credit bald assertions that rest on mere supposition.’”