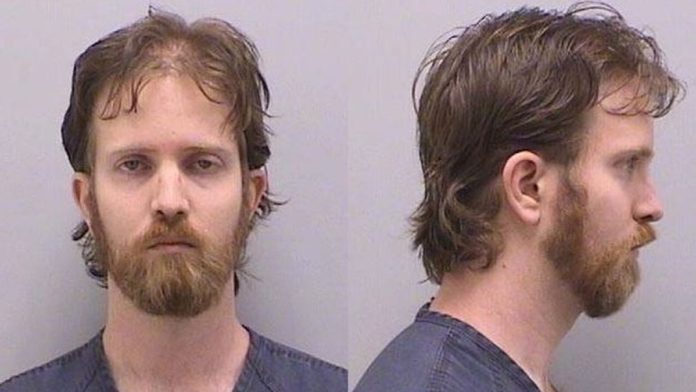 OMAHA — Nathan Lee Kempter, 33, of Littleton, Colorado, was previously found guilty by a jury for “enticement of a minor” and “travel with intent to engage in illicit sexual conduct.”

Kempter was sentenced to 19 years in prison. After his release from prison, he will begin a 12-year term of supervised release. There is no parole in the federal system. Kempter will also be required to register as a sex offender.

In August of 2019, the Lincoln Police Department was contacted about a missing 14-year-old girl. The girl had last been heard talking to someone on the phone. She had been observed near her residence getting into a red, four-door SUV and leaving the area. Her phone was reviewed for additional information and revealed a Colorado telephone number that she had called. The number belonged to Kempter who resided in Highlands Ranch, Colorado. Kempter was also the registered owner of a red 2015 Nissan SUV. The police were able to track the movement of Kempter’s cellphone and determined it was located just across the Nebraska/Colorado border on Interstate 76. Lincoln Police contacted law enforcement authorities in Colorado.

On August 02, 2019 at 11:54 p.m., Douglas County, Colorado Sheriff’s deputies saw Kempter driving toward his residence in Highland Ranch, Colorado. Deputies stopped the vehicle in front of the residence and Kempter was arrested. At that time, Kempter informed the deputies that the young girl in his vehicle was 14 years old.

The 14-year-old stated she met Kempter on the Reddit website, in a chat room for teen runaways. Her screen name indicated she was a 14-year-old female. After communicating with Kempter on Reddit, they moved their conversation to Tumblr, another social media platform, and exchanged messages between July 23, 2019 and August 2, 2019. During these conversations, Kempter made it known he wanted to have sex with the girl and would bring her to Colorado.

After picking her up at her residence in Nebraska, Kempter began to drive west on Interstate 80. She was told to lay down in the front seat and cover herself. At some point while in Nebraska, Kempter stopped at a Walmart so that he could buy her new clothes. Evidence obtained in a search of Kempter’s vehicle revealed the purchase of boy’s pants, a shirt, and a blanket.

The family of the victim released the following statement:

“The trial showed that Kempter is a predator who has a persistent obsession with kidnapping, rape, and torture. In the summer of 2019 he was lurking in forums where teenagers in crisis, including (our daughter), sometimes go for help. He positioned himself as a helper who would make her problems go away. After weeks of grooming her, he drove from Colorado to take her from us. In the eight hours he had her in his car he assaulted and terrorized her, and we have no doubt that he would have killed her if we had not identified him from evidence on her phone or if the police had not intercepted them as he pulled into his driveway with her. We are so proud of the extraordinary resilience and healing (she) has undergone in the last year, and the strength she showed in over five hours of testifying in this trial. Her remarkable bravery has ensured that he can never prey on another victim. We appreciate the hard work of investigators and the U.S. Attorney’s office to see justice was done in this case.”