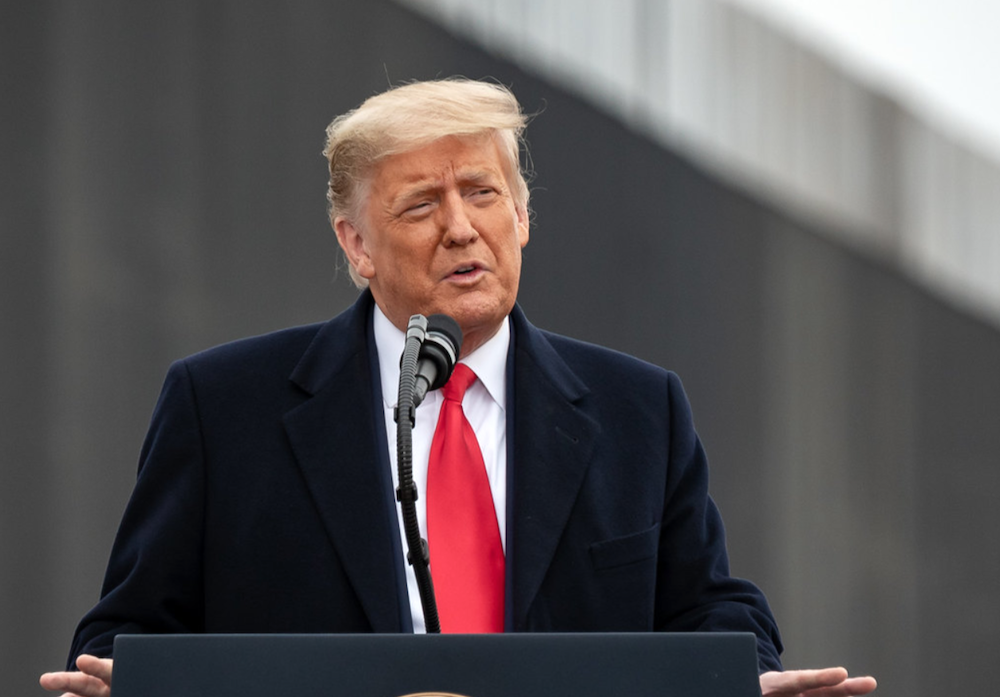 Former President Donald Trump formally responded to his impeachment on Tuesday, arguing that the Senate has no constitutional grounds to try him and should, as a result, acquit him.

In the 14-page response, Trump’s legal team, consisting of Bruce L. Castor Jr. and David Schoen, assert that the article of impeachment, which charges Trump with inciting the deadly mob riot at the U.S. Capitol on Jan. 6., should be considered null and void because the Republican is “no longer President.” The charge, they said, is based on legal principles that “run patently contrary to the plain language of the Constitution,” and since Trump cannot be removed from an office he no longer holds, the impeachment is “irrelevant to any matter before the Senate.”

While the response acknowledges that rioters “unlawfully breached and vandalized the Capitol, that people were injured and killed, and that law enforcement is currently investigating and prosecuting those who were responsible,” Trump’s team denied that he incited violence. The response also claims Trump did not try to stifle the electoral vote count and did not make “any effort to subvert the certification of the results of the 2020 Presidential election” on his phone call with Georgia Secretary of State Brad Raffensperger.

Trump’s attorneys also argued that along with the Senate not having the constitutional grounds to hold an impeachment trial for a former president, the House of Representatives’ rushed and scattered process was not only “facially and substantively flawed,” but also fraught with administrative inconsistencies that prevented him from receiving due process.

“The House had no reason to rush its proceedings, disregard its own precedents and procedures, engage in zero committee or other investigation, and fail to grant the accused his ‘opportunity to be heard’ in person or through counsel — all basic tenets of due process of law,” the legal team wrote. “There was no exigency, as evidenced by the fact that the House waited until after the end of the President’s term to even send the articles over and there was thus no legal or moral reason for the House to act as it did.”

The impeachment, the response continued, is purely political and attempts to target the former U.S. leader for exercising his First Amendment rights to speak to a crowd at the Capitol on that fatal day as well as “express his opinion that the election results were suspect, as is contained in the full recording of the speech.”

“Political hatred has no place in the administration of justice anywhere in America, especially in the Congress of the United States,” the response concluded.

In mid-January, the House impeached Trump, but the Senate isn’t expected to begin its impeachment procedures until next Tuesday.