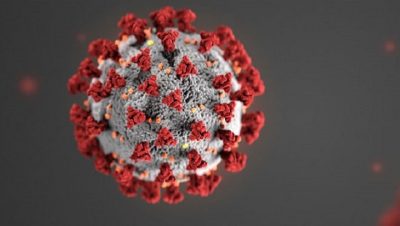 The Corona “Pandemic” Timeline: What Happened in January – March 2020?

Facts corroborated by official statements reveal that the Covid pandemic which served to justify the Lockdown is deceptive to say the least. This article (based on Chapter III of my E-Book) will focus on the Corona Timeline starting in January.

The Coronavirus Vaccine: The Real Danger is “Agenda ID2020”

WHO has most likely received orders from “above”, from those people who also manage Trump and the “leaders” (sic) of the EU, European Union. The final decision to go ahead NOW with COVID-19 pandemic, was taken in January 2020 at the World Economic Forum (WEF) in Davos – behind very much closed doors.

Video: Myanmar Crisis Explained… Towards a Regional Arc of Instability?

I explain why the US had been placing pressure on Aung San Suu Kyi in recent years and why the US is still going to support her and the vast network the US built up in Myanmar to propel her into power regardless.

History: ‘Who Ended the Holocaust?’ The Liberation of Auschwitz

The anniversary of the Liberation of Auschwitz on January 27, 1945 and Holocaust Remembrance Day every year have been hijacked. They have become bizarre photographic negatives of the horrors they were meant to commemorate and manipulated to insult the millions of victims and the heroic warriors who gave their lives to end such horrors

Experts from the United Nations High Commissioner for Human Rights itself warned that this new legislation violates international human rights standards in the way that it expands the definition of terrorism, and would set a dangerous precedent for the suppression of political dissent worldwide.

Gamestop — And the Financial Game that Never Stops!

This past week a video game company in trouble, Gamestop, became the center of media attention.  Day traders had driven up the company’s stock price by thousands of percent in just one day.

Video: The State of Our Currencies with Catherine Austin Fitts

With the global technocrats taking the world through the “Going Direct” Reset into the abyss of the End of Currency and the ultimate transhuman slave state, things could not be more dire. But, as Catherine Austin Fitts of Solari.com tells us, there are options on the table for taking things in a completely different direction and unlocking the incredible abundance of the planet.

Viral Inequality and the Farmers’ Struggle in India

According to a new report by Oxfam, ‘The Inequality Virus’, the wealth of the world’s billionaires increased by $3.9tn (trillion) between 18 March and 31 December 2020.

The Destructive Plan Behind the Biden Russia Agenda

The new Biden Administration has from day one made it clear it will adopt a hostile and aggressive policy against the Russian Federation of Vladimir Putin.

Author and political analyst Mark Taliano told Press TV on Saturday that the US had never been invited, nor ever will be invited into Syria, and military American forces occupation and killing of the men, women and children in the country constituted a war crime.

Psychology: Pretending There Is Nothing Wrong

“One of the saddest lessons of history is this: If we’ve been bamboozled long enough, we tend to reject any evidence of the bamboozle. We’re no longer interested in finding out the truth. The bamboozle has captured us.”