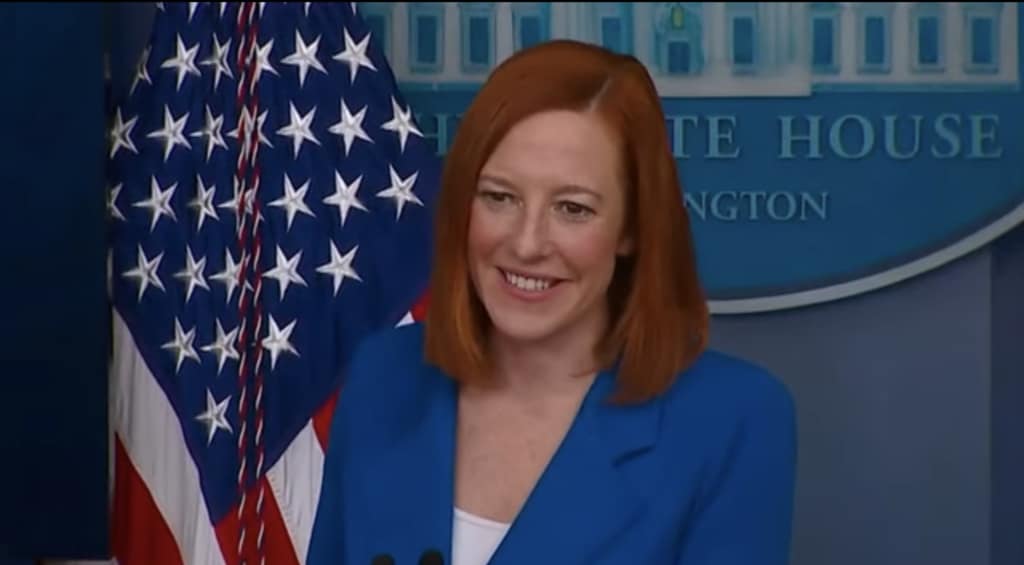 Specifically, the reporter asked the press secretary if the new president has made any decisions about “keeping, or keeping the scope of, Space Force”.

“It’s the plane of today,” she joked.

According to SpaceNews, her “plane” remark is a reference to a question she received during her January 22 briefing about what color scheme the president would prefer for Air Force One. The Hill reported that she said Biden “has not spent a moment” thinking about the color scheme for the commander-in-chief’s official airplane.

As for the question Psaki was asked Tuesday about Space Force, she couldn’t provide an actual answer.

“I am happy to check with our Space Force point of contact,” Psaki said. “I’m not sure who that is. I will find out and see if they have any update on that.”

Click here to watch the full clip of Tuesday’s Space Force segment published by The Hill.

Founded in 2019, the U.S. Space Force is the newest branch of the nation’s military after much public advocacy by then-President Donald Trump. It was the first military branch created in decades, after the U.S. Air Force was established in 1947 after World War II.

Biden has not commented on the Space Force, according to SpaceNews, though the publication noted that the president does not get to choose whether or not to keep the Space Force. This is because Congress created the Space Force through legislation, just as with other armed services, and new legislation would have to be passed in order to get rid of the young military branch. SpaceNews also pointed out that the Space Force has bipartisan support, making any such effort unlikely.

Todd Harrison, a defense and space analyst at the Center for Strategic and International Studies, told SpaceNews on Tuesday that Psaki’s response to the Space Force question is a “pretty clear indication that national security space is not a top priority for the White House — at least not right now.”

“They’ve got a lot of other stuff to deal with, from COVID to climate change to the economy,” Harrison added. “But they’d better be ready to deal with space issues soon because you never know when a crisis might arise, like another destructive anti-satellite test by China.”