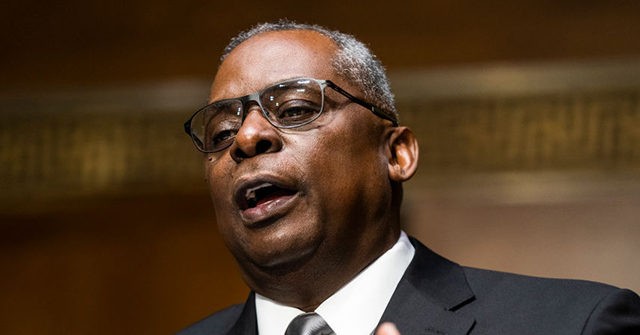 The Pentagon on Tuesday announced a sweeping review of all of its advisory committees, due to Defense Secretary Lloyd Austin’s concern over last minute appointees under the Trump administration.

The Pentagon also announced that all activity by the more than 40 committees and its hundreds of members would be suspended during the review.

The secretary was deeply concerned with the pace and the extent of recent changes to memberships have Department Advisory Committees and this review will allow him now to quickly get his arms around the purpose of these boards and to make sure the advisory committees are in fact providing the best possible advice to department leadership.

Austin gave the order in a January 30 memo that said:

Advisory committees have and will continue to provide an important role in shaping public policy within DoD. That said, our stewardship responsibilities require that we continually assess to ensure each advisory committee provides appropriate value today and in the future, as times and requirements change.

I am aware of and appreciate earlier review efforts to reshape how we use advisory committees and consider the tangible benefits they bring to the Department. Nevertheless, I am directing a zero-based review of all DoD advisory committees, to include any advisory
committee that is not subject to the Federal Advisory Committee Act (FACA) (5 U.S.C., Appendix). This review will, by definition and intent, focus our advisory committee efforts to align with our most pressing strategic priorities and the National Defense Strategy.

As an interim step, I am directing the immediate suspension of all advisory committee operations until the review is completed unless otherwise directed by myself or the Deputy Secretary of Defense.

The Pentagon’s “zero-based review” is taking place after former acting Defense Secretary Chris Miller appointed about two dozen people to some of the committees before he left office in January 2021.

On December 12, Miller appointed renowned China expert Michael Pillsbury to serve as the chair of the Defense Policy Board.

And on December 18, Miller appointed former Assistant Secretary of the Air Force Tidal McCoy and former NASA CFO Jeff DeWit to the Defense Science Board.

Instead of reversing these appointments, Austin is halting all 42 defense committees’ activity as he reviews each one.

Kirby said the committees will be considered as they relate to the National Defense Strategy and “to our own strategic priorities.”

“So the recommendations we expect, the secretary expects, will include retention, realignment,termination, changes to mission or functions, membership balance, membership size, and possible legislative changes, again, to the non-discretionary advisory committees,” he said.