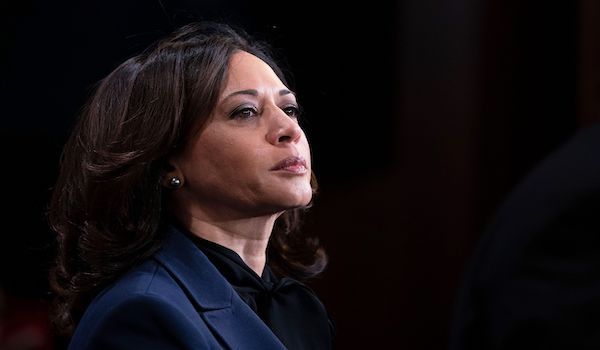 “It’s job creation around investing in American manufacturing. Job creation in terms of investing in infrastructure,” said the Vice President. “All of those skilled workers who are in the coal industry, transferring those skills to what we need to do!”

“Reclaiming abandoned land mines, plugging leaks from oil and gas wells, transferring those skills to the work that has yet to be done,” she added.

Environmentalists and labor unions that threw their support behind U.S. President Joseph Biden now find themselves on the opposite sides of a battle over the construction of big pipeline projects between Canada and the United States.

The United States is the world’s largest producer of oil and gas. Biden’s administration aims to transition the U.S. economy towards net-zero carbon emissions by 2050, and his initial moves towards that goal included cancelling a permit for the Keystone XL crude oil pipeline (KXL) and reducing oil-and-gas leasing.

The reaction from Biden’s supporters, however, illustrates the challenge of managing the impact of the energy transition on different communities.

While climate activists celebrated KXL’s demise, labor unions, reeling from the global oil downturn, have mobilized to keep ongoing projects from being derailed.

Mike Knisely, secretary and treasurer of the Ohio State Building and Construction Trades Council, which endorsed Biden, said he has been leaning on state officials to talk to the president about how his rapid-fire climate announcements are affecting his union membership’s support.

“I tell them they need to get back with Biden and ask if this all really has to happen on Day Two of the new administration,” Knisely said. “I just get so frustrated that there’s almost no common ground (on pipelines) with the environmental community.”