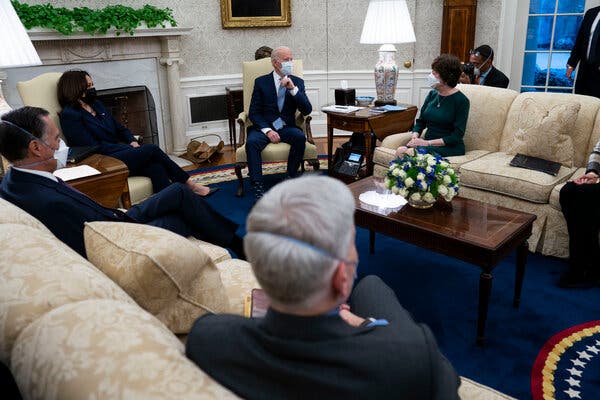 The President and the Vice President had a substantive and productive discussion with Republican senators this evening at the White House. The group shared a desire to get help to the American people, who are suffering through the worst health and economic crisis in a generation.

While there were areas of agreement, the President also reiterated his view that Congress must respond boldly and urgently, and noted many areas which the Republican senators’ proposal does not address. He reiterated that while he is hopeful that the Rescue Plan can pass with bipartisan support, a reconciliation package is a path to achieve that end. The President also made clear that the American Rescue Plan was carefully designed to meet the stakes of this moment, and any changes in it cannot leave the nation short of its pressing needs.

The President expressed his hope that the group could continue to discuss ways to strengthen the American Rescue Plan as it moves forward, and find areas of common ground — including work on small business support and nutrition programs. He reiterated, however, that he will not slow down work on this urgent crisis response, and will not settle for a package that fails to meet the moment.