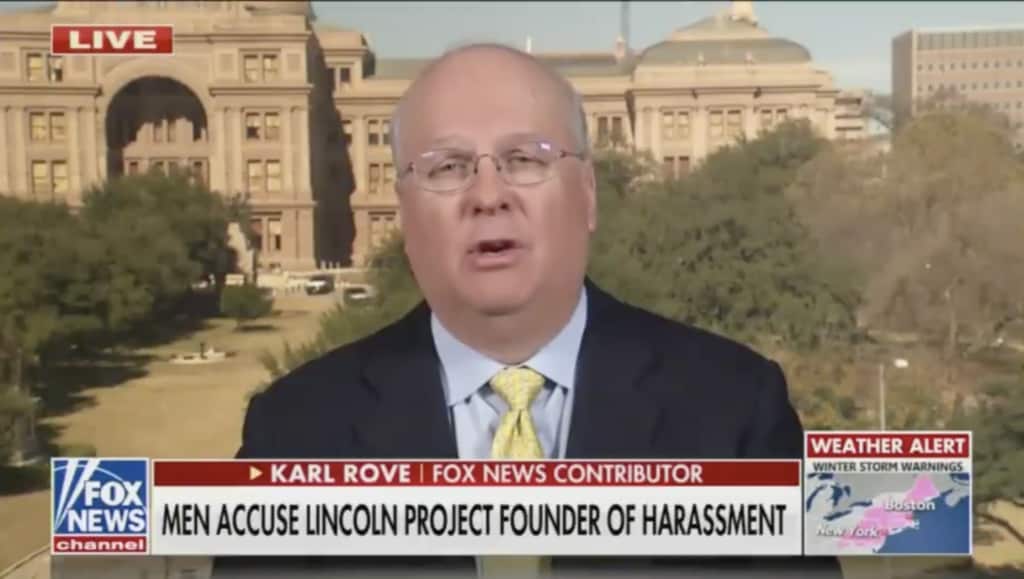 In the wake of Lincoln Project co-founder John Weaver being accused by 21 men of sending them inappropriate, sexual messages, Karl Rove said Monday that he has known about Weaver’s behavior “since 1988.”

Rove, a deputy White House chief of staff under former President George W. Bush, made the remark when prompted by Fox News host Martha McCallum about a 2004 Atlantic article in which writer Joshua Green mentioned that Rove reportedly spread a rumor that Weaver had “made a pass” at a young man at a state GOP event.

“All I want to say is the 21 statements from those 21 young men who talked about how they had been approached by Mr. Weaver—that statement speaks for itself,” Rove continued, also saying that he would be adding nothing further about the situation, which he called a “sad, sad chapter.”

In that 2004 article, The Atlantic dismissed Rove’s accusations as a “lie,” John Levine of The New York Post pointed out on Sunday.

“John Weaver led a secret life that was built on a foundation of deception at every level,” the Lincoln Project said in a statement Sunday. “He is a predator, a liar, and an abuser. We extend our deepest sympathies to those who were targeted by his deplorable and predatory behavior.”