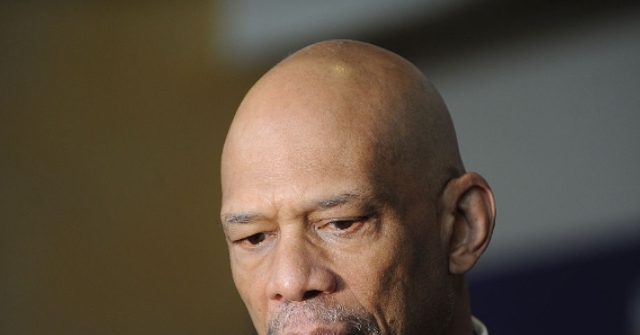 Kareem Abdul-Jabbar and Charles Barkley both agree on one thing: NBA players should receive the coronavirus vaccine before anyone else.

Though, they have different reasons for believing that.

In an op-ed written in the New York Times on Monday, Abdul-Jabbar argued that NBA stars should receive the vaccine first to “build trust” with the black community.

“Black people have reason to distrust the federal government’s response to Covid-19,” Abdul-Jabbar wrote. The NBA Hall of Famer then went on to cite health-related racial injustices of that past, such as the Tuskegee Experiment. A 40-year study beginning in 1932 in which Syphilis treatment was withheld from black men in segregated Alabama so the government could track the disease.

“Health policy professionals suggest that public health campaigns using celebrities should focus on celebrities who are influential in particular communities in order to build trust,” Abdul-Jabbar explained. “N.B.A. players, 81.1 percent of whom are Black, appeal to the under-35 and African-American demographics.”

A survey conducted in December found that 40% of blacks nationwide would not get the coronavirus.

In mid-January, fellow NBA Hall of Famer Charles Barkley said that professional athletes should get priority on coronavirus vaccines. Though, Barkley based his reasoning for vaccinating athletes first, on the fact that they pay higher taxes.

Reasoning that Abdul-Jabbar dismissed in his op-ed on the grounds that Barkley’s “argument suggests that the lives of those who make more money (and presumably pay more taxes) are somehow more valuable than the nurses, police officers, emergency medical workers, grocery clerks, and others risking their lives daily.”