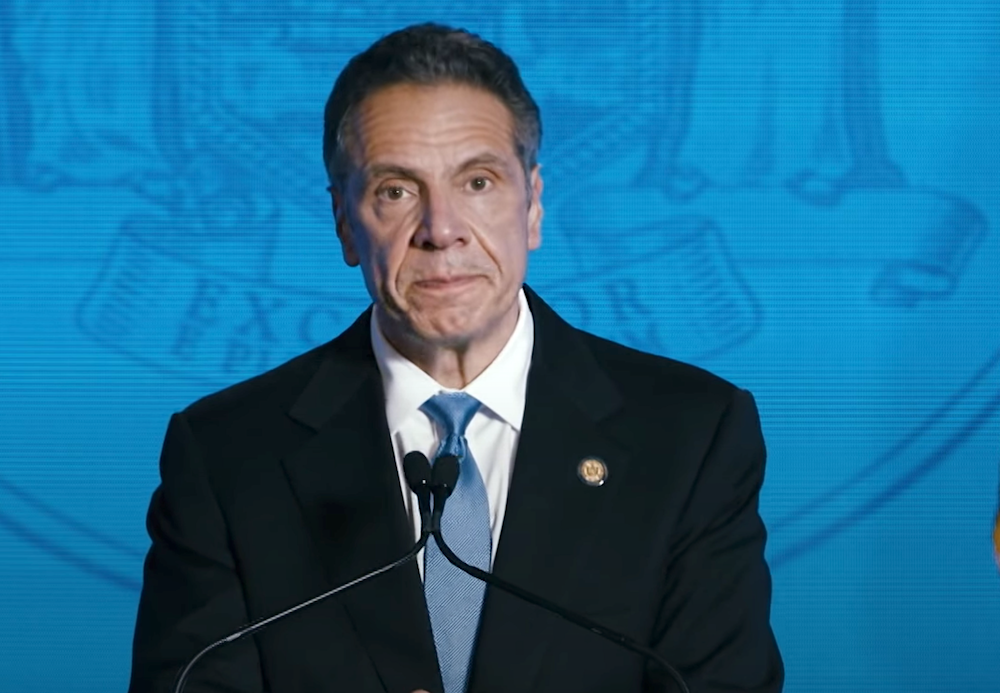 “Trust the science.” “Listen to the experts.” These were the media’s mantras in 2020. Oh, and one other one: “Cuomo is so competent.” Today we know, as many long suspected, that the last one is not at all compatible with the first two. The New York Times reports that nine top New York state health officials resigned in recent months, citing Gov. Andrew Cuomo as the reason why.

On Friday, Cuomo had this to say about the experts: “When I say ‘experts’ in air quotes, it sounds like I’m saying I don’t really trust the experts. Because I don’t. Because I don’t.” Can you imagine if Donald Trump had said that at any point during the pandemic? The entire staff of CNN would have had a collective mental breakdown. Dr. Sanjay Gupta’s head would have exploded on live TV.

The statement comes a week after a bombshell New York attorney general report indicated Cuomo has undercounted deaths in nursing homes and engaged in a cover-up regarding his own role in those deaths. In addition, New York’s initial vaccine rollout — which was basically a result of Cuomo rolling up his sleeves and saying, “Step aside, college boy,” to his health officials — was an abject disaster.

And all of this from the man who in the spring was declared the most effective leader in America by much of the media. Take this headline from a Jennifer Rubin article in the Washington Post: “Andrew Cuomo gets it right: Govern by science, not your gut.”

Here is CNN’s Chris Cillizza back in May: “What the future holds for Cuomo is hard to predict. But what’s far clearer is that Cuomo’s competent and, at times, charismatic handling of the coronavirus crisis in his state has made him one of the most popular politicians in America today.”

And here is his headline from Jan. 28, even before today’s New York Times reporting: “Andrew Cuomo’s Covid-19 performance may have been less stellar than it seemed.” Ya think, Chris? Ya think? The list of major mistakes made by our media during the pandemic could stretch around the Earth several times over, but the adoration of the Cuomo is emerging as one of the absolute worst.

This is because the unserious and non-curious coverage of the Empire State’s governor was driven, like so much else, by little more than hatred of Donald Trump. It was never about science or experts. Trump didn’t have nine top officials resign because he refused to listen to them. In fact, Anthony Fauci, who now seems to enjoy throwing Trump under the bus, has said in the past that Trump did whatever he asked him to. In retrospect, that might have been Trump’s biggest mistake.

The fact that the media’s coverage was driven first and foremost by a desire to make Trump look bad affected far more than just their genuflections to Emperor Cuomo. If you think that schools being closed, restaurants at limited capacity at best, a devastated travel industry, and a whole host of other horribles might be related to a year of anti-Trump pandemic coverage, you are exactly right.

Governors such as Florida’s Ron DeSantis and South Dakota’s Kristi Noem have objectively better records both in terms of coronavirus deaths and obviously in terms of state economies that they didn’t choose to grind into a fine dust. Yet month after month, we heard little except what monsters they were, monsters that wouldn’t listen to the science. Now who didn’t listen to the science?

In a strange way, Cuomo himself is a victim of the media here. They don’t care about him; they never actually liked him that much. They just used him to make the other guy look bad. Now, with Cuomo having served his purpose, his sycophants in the press are happily flaming him for clicks or a good headline. I can’t feel sorry for him; his choices were his own, but one can’t help wonder if they might have been a little different had the media been honest with us and with him.

What we are learning as Trump recedes from power and the media resumes some modicum of truth-telling is just how badly they lied to us for over a year now. People have been destroyed because of it. Now as the corporate press happily flicks the halo from atop Saint Andrew’s head with their finger, the truth is coming out. It is far too late. And the people of America, not just New York, have every reason to be very, very angry about it.