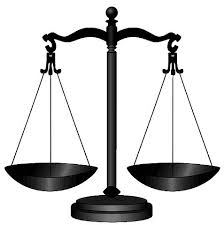 There is no such lawful entity. Labor Prime Minister Gough Whitlam in 1972 started the rot and successive Prime Ministers both Labor and Liberal completed the treachery without referendum.

More and more Australians have discovered what has gone down around them aided and abetted by an equally treacherous media and the Bar Association incorporating the Inns of Court and the Law Association with its lawyer members.

Law faculties at universities staffed by socialist-left professors over many years have indoctrinated literally thousands of graduates to believe Parliaments are supreme and there is no recourse for litigants who have been reamed by this asset-stripping, banking industry- orientated court system developed by the party duopoly.

So much so that the Australian Banking Association employed as CEO former Queensland Labor Premier Anna Bligh who qualified for the position by borrowing $60 billion when Premier from Rothschild Bank and mortgaging the assets of the state for collateral.

Queensland’s system of law has degenerated into an asset-stripping operation for the banks, attested by the Labor-appointed judge in the recent taxi industry claim for compensation for now worthless taxi licences after the Labor gang allowed Uber ride sharing to jump the queue.

The Supreme Court judge gave Uber a free ride to the bank while taxi operators lost their mortgaged homes and suicided at a similar rate to cattle producers during the Labor-induced live cattle export embargo.

In Queensland the party duopoly has ensured there is no lawful remedy.

Australian political party members of parliament should be mindful of what is soon to transpire in the United States affecting the traitors of Constitutional government. Corporate nemesis is coming to Australia……….

Eat your heart out Peter Beattie.