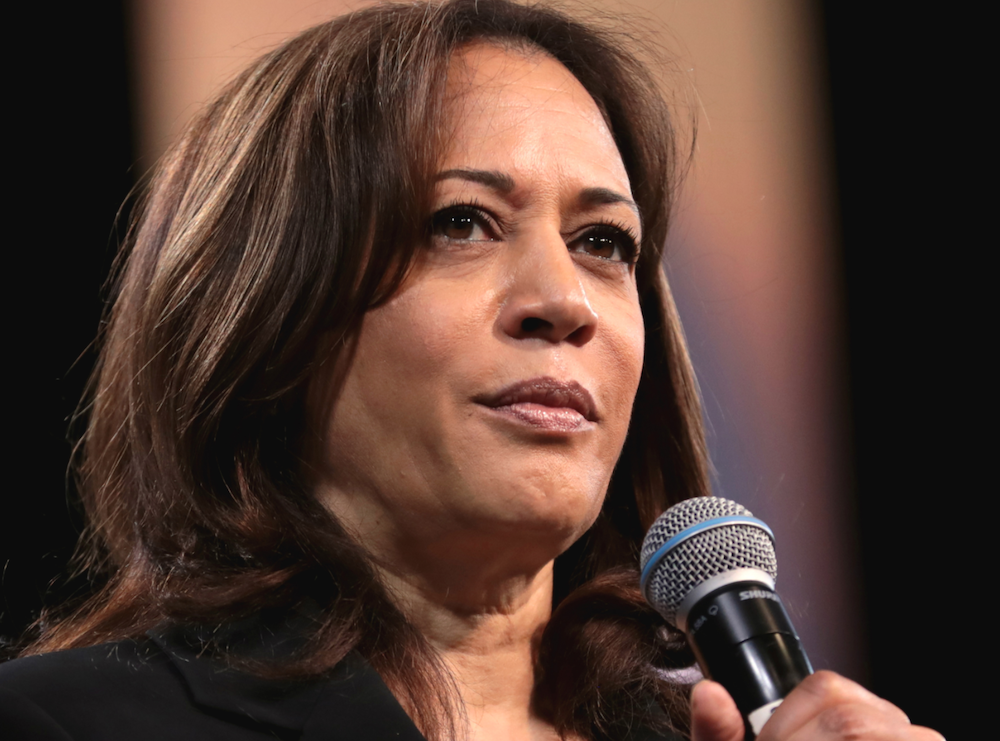 In the feature piece, first published in 2019, Harris made a joke about inmates, likening rest after weeks on the campaign trail to the feeling a prisoner gets when they received a morsel of food.

“I actually got sleep,” Kamala said, sitting in a Hilton conference room, beside her sister, and smiling as she recalled walks on the beach with her husband and that one morning SoulCycle class she was able to take.

“That kind of stuff,” Kamala said between sips of iced tea, “which was about bringing a little normal to the days, that was a treat for me.”

“It’s a treat that a prisoner gets when they ask for, ‘A morsel of food please,’” Kamala said shoving her hands forward as if clutching a metal plate, her voice now trembling like an old British man locked in a Dickensian jail cell. “‘And water! I just want wahtahhh….’ Your standards really go out the f—ing window.”

The Washington Post, according to Reason, removed that particular segment of the interview earlier this month, shortly before the new VP took office.

Harris has plenty of experience as a prosecutor through her positions as San Francisco’s district attorney and California’s attorney general. During her time in the legal field, Harris jailed more than 1,000 people for marijuana violations and later laughed about it, a move that received much criticism from some of her Democratic primary rivals such as Rep. Tulsi Gabbard. She also ordered a raid on a citizen journalist’s home after he released undercover videos indicting Planned Parenthood for trafficking aborted baby body parts.

According to Reason, the Washington Post reinstated the original version of the article to a different page, which includes Harris’s mocking, but kept the new, revised version as well.

According to Fox News, the Washington Post admitted that it “repurposed and updated some of our strong biographical pieces about both political figures” right before Inauguration Day.