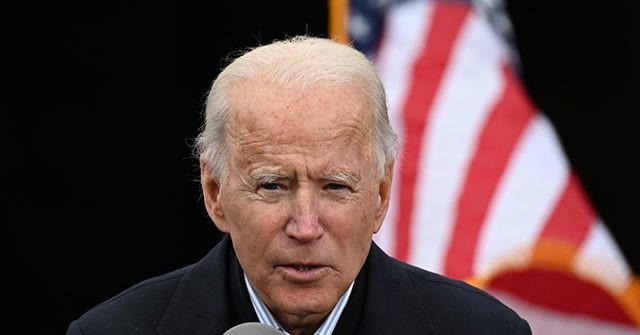 During his first 100 days in office, President-elect Joe Biden has “vowed to roll back the Trump administration’s immigration crackdown, push policies addressing climate change and potentially forgive student debt for thousands of Americans,” the article stated.

Biden has also said he will advocate for a mask mandate and wants Congress to pass another huge stimulus package.

“And in the longer term, Biden has talked about rewriting the tax code to raise taxes on the rich,” the report continued, adding that “Texas is almost certain to fight him every step of the way”:

The state is about to be back on the front lines battling against the federal government, a long tradition for its Republican leaders, from former Gov. Rick Perry to Gov. Greg Abbott — who as the state’s attorney general famously said, “I go into the office, I sue the federal government and I go home.”

As Biden takes office next week, many expect the state to pick up where it left off after suing the Obama administration dozens of times to stop initiatives such as the Clean Power Plan, scrap protections for immigrants brought to the country illegally as children and end the Affordable Care Act.

In a Facebook post on Sunday, Gov. Abbott shared the Express-News article, commenting, “Texas will take action whenever the federal government encroaches on state’s rights, or interferes with constitutionally rights, or private property rights or the right to earn a living.”

Meanwhile, a recent national survey indicates that a majority of Republicans want congressional leaders to challenge Biden on important issues.

“Nearly six in 10 (59%) Republicans questioned in a Pew Research Center poll urge GOP leaders in Congress to stand up to the incoming president, even if it’s harder to address critical issues facing the country,” Fox News reported.

Robert Henneke, general counsel at the conservative Texas Public Policy Foundation (TPPF) told the Express-News that “Litigation challenging unconstitutional action from the Biden administration will be a central issue.”

“Where the new administration seeks to go out of bounds of what powers have been delegated to it, or enacts policies and rules that aren’t supported by data and science, I expect that we’ll be chief among those challenging those type of policies,” he concluded.