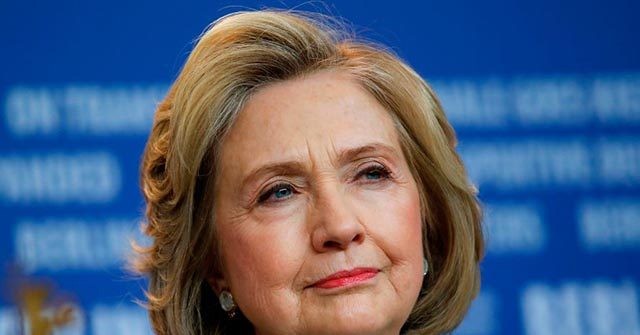 Failed Trump challenger Hillary Clinton said she would “love” to see President Donald Trump’s phone records to see “whether he was talking to Putin the day that the insurgents invaded our Capitol” on January 6, making the remarks during a bonus episode of her podcast You and Me Both released Monday.

House Speaker Nancy Pelosi (D-CA) appeared as the featured guest on the bonus episode and discussed the series of events that occurred on January 6 — the day protesters breached the U.S. Capitol as Congress gathered to certify the electoral vote.

Clinton, one of the central champions of the debunked Trump-Russia collusion narrative that dominated the first years of Trump’s presidency, revealed her own suspicion that Trump could have been in contact with Russian President Vladimir Putin on the day of the protest.

“We learned a lot about our system of government over the last four years with a president who disdains democracy and, as you have said numerous times, has other agendas,” Clinton said.

“What they all are, I don’t think we yet know. I hope historically we will find out who he’s beholden to, who pulls his strings. I would love to see his phone records to see whether he was talking to Putin the day that the insurgents invaded our Capitol,” Clinton continued, also placing blame on Trump’s “enablers,” “accomplices,” and “cult members” — a likely reference to his supporters, whom she famously referred to as “deplorables” during her 2016 campaign:

“Do you think we need a 9/11-type commission to investigate and report everything that they can pull together and explain what happened?” Clinton asked the speaker, who responded, “I do.”

“To your point of who is he beholden to, as I’ve said over and over, as I said to him in that picture with my blue suit as I was leaving, what I was saying to him as I was pointing, rudely, at him: ‘With you, Mr. President, all roads lead to Putin,’” Pelosi told Clinton, referring to the January 6 events as a “gift to Putin” as he “wants to undermine democracy in our country and throughout the world.”

“And these people, unbeknownst to them, maybe, are Putin puppets. They were doing Putin’s business when they did that at the incitement of an insurrection by the president of the United States,” she added.

The probe led by former special counsel Robert Mueller famously found no evidence of collusion between the Trump campaign and Russia — a finding following years of such allegations from prominent Democrats and establishment media outlets:

After two years, two congressional investigations, and now the closure of a Special Counsel investigation, it is abundantly clear, without a shadow of a doubt, there was no collusion. This case is closed.
My full statement: pic.twitter.com/XiPQZom3Fp