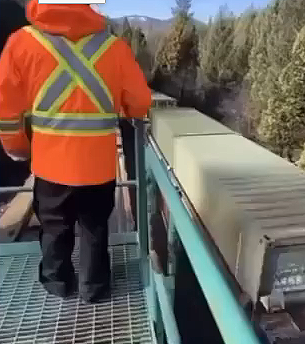 Click picture to watch video showing hundreds of battle tanks and military equipment filmed in Sacramento, California being transported by rail to a destination unknown.