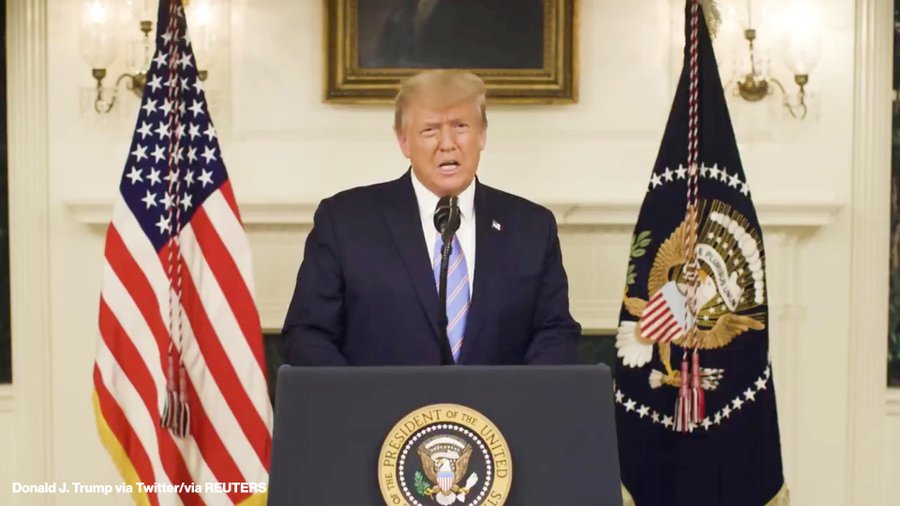 YouTube suspends Trump channel over concerns about ‘potential for violence’

YouTube announced late Tuesday night that it was suspending Trump’s channel for at least seven days.

“After review, and in light of concerns about the ongoing potential for violence, we removed new content uploaded to Donald J. Trump’s channel for violating our policies. It now has its 1st strike & is temporarily prevented from uploading new content for a minimum of 7 days,” YouTube said in a statement.

“Given the ongoing concerns about violence, we will also be indefinitely disabling comments on President Trump’s channel, as we’ve done to other channels where there are safety concerns found in the comments section.”