1 – Everybody has a ministry.

We have to be careful how we minister. The Lord will extend us an extra portion of the Spirit to deal with what is coming. We are changing as the Times are changing….trust God in the process… we don’t have to escape, because this is our Father’s REAL ESTATE.

I advised a businessman friend in WA about the freight trucks being denied entry into Qld from NSW.  He told me … Thanks for the update, no problem. Well, we sold our c’van and bought a shorter one. Problem on the way home with new van, a brake drum was over heating severely, just got home 300 kms away. Twice, yes that is correct, supplier in Victoria have sent the wrong part, this has been going on since middle of May 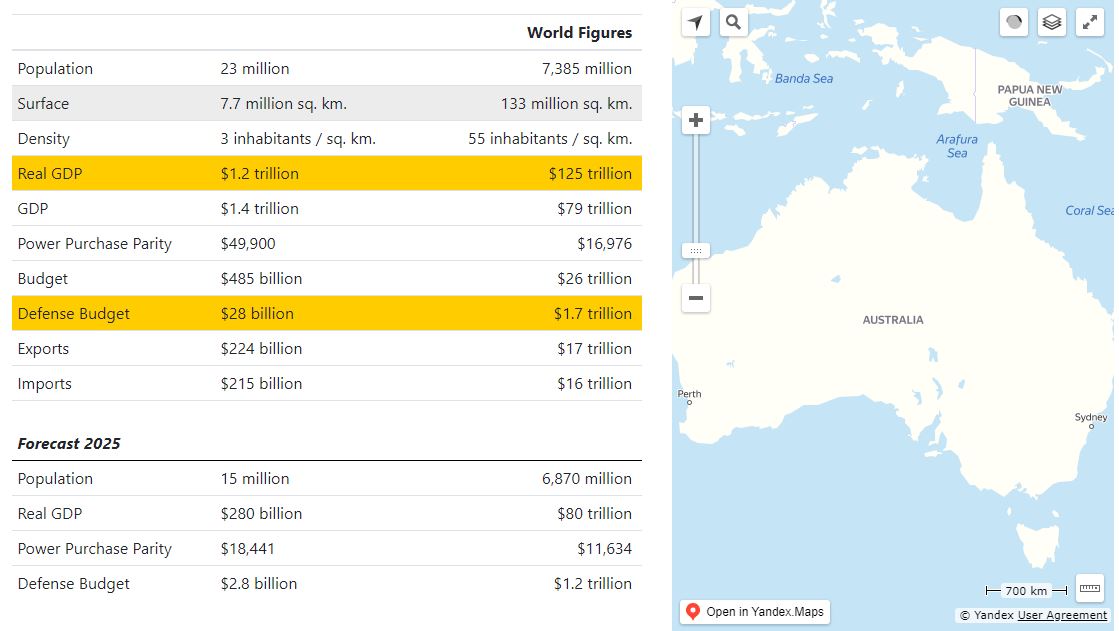 3 – Lockdowns are happening because

these so called people have allowed all our rights to be removed to the point that the Common Law of England which includes King James Bible, Magna Carta, Bill of Rights, Habeas Corpus etc, are not recognized anymore.

You can put a noose around Lawyers (Liars) as well as under the Treasonous Australian Courts, they are classed as Officers of the Court, persons acting judicially.

Approximately 620,000 white soldiers died in the USA Civil War in order to obtain freedom for the black slaves. The average age of the soldiers was 25 years. This does not include the Medics, both men and women. In retaliation AGAINST slavery the Republican party was born. Many of our black brothers died also fighting to free the nation of slavery, approximately 180,000. PLEASE STOP TELLING ME TO REPENT. The blood of our fathers is reparation enough.  It was the same scenario for black and white Australian soldiers in WW1 and WW2

CDC/FDA confess: they had no virus when they concocted the test for the virus  WE ALL KNOW THIS.

6 – New COVID-19 deaths now exploding in the most heavily vaccinated country in the world: ISRAEL

8 – What is Common Law and how can it work for you?

Put simply, Common Law, or the Law of the Land, has been used to govern and keep the peace in communities ever since mankind gathered together for their mutual protection. It is the body of law decided on by a community to govern themselves and to ensure all people can gain a remedy for any wrong done against them. More Information or watch the video here     https://commonlaw.earth/

Did you know that it is a war crime, established in 1947, to force anyone to have a vaccination, or to experiment with them without their informed consent, or to continue a vaccine when there is a good possibility of injury or death?

Here are the 10 criteria that were established, according to the British Medical Journal (1996). It makes me wonder how many politicians, scientists, and journalists will be executed in the years to come. 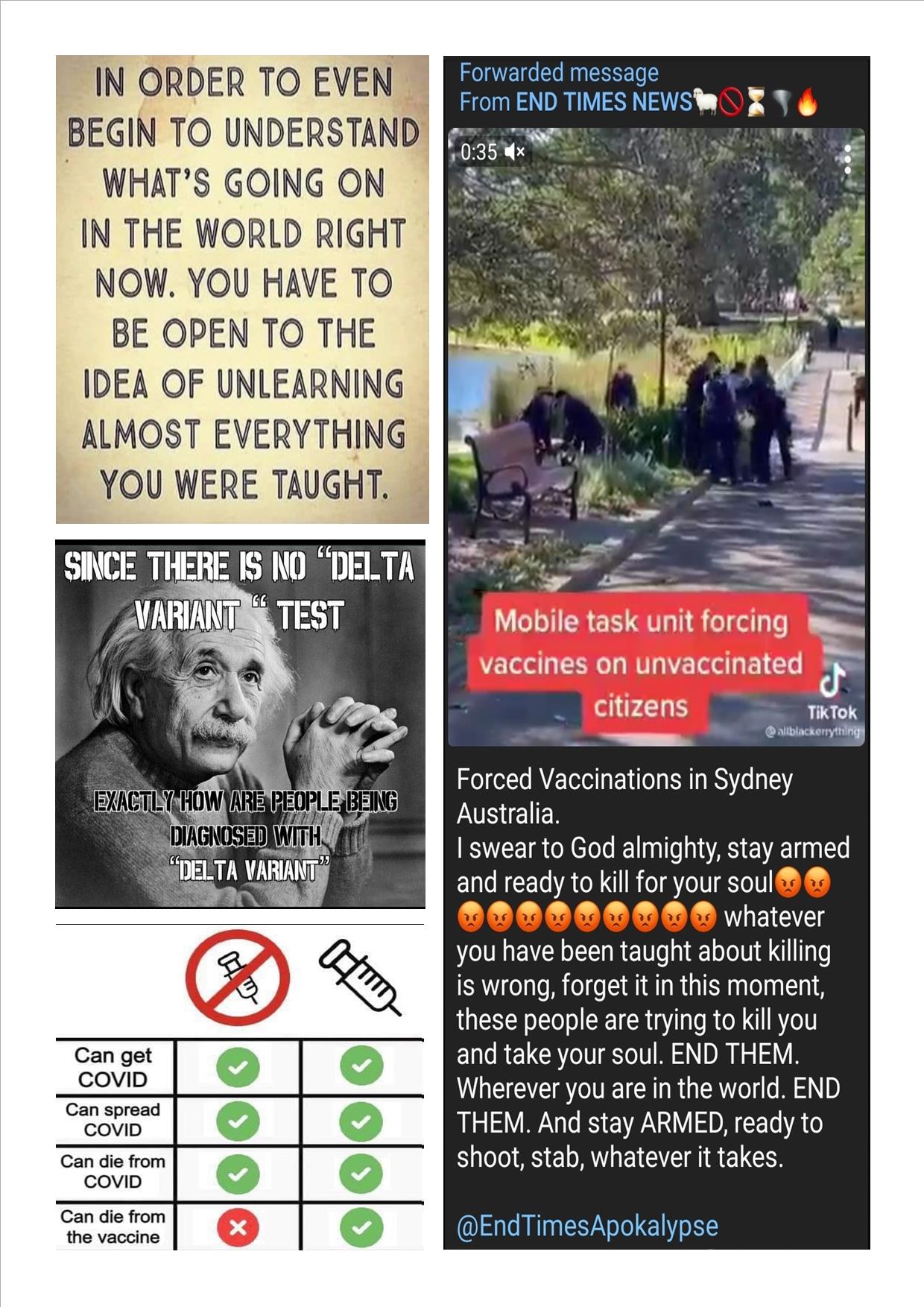 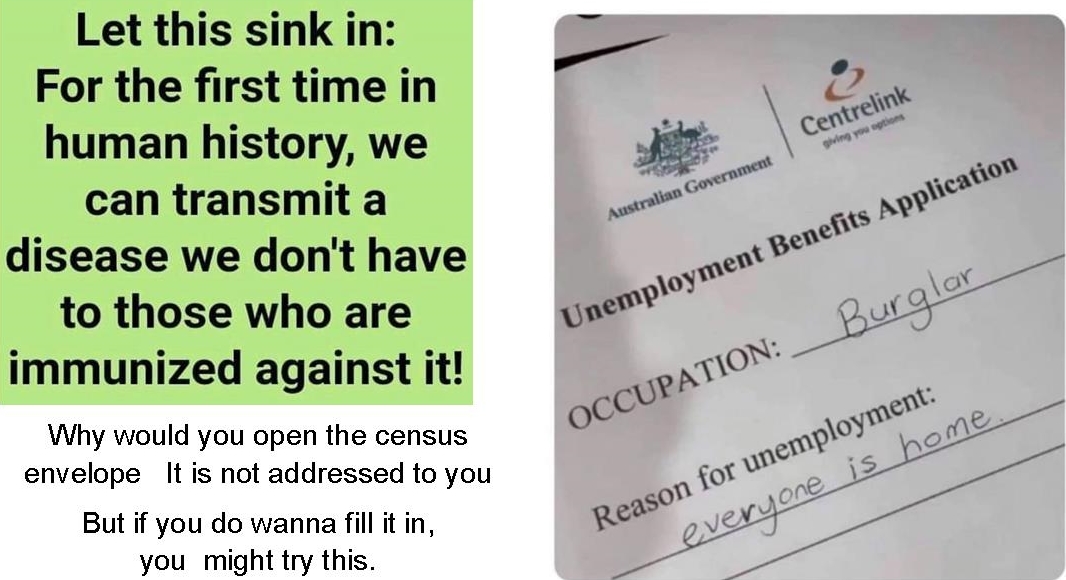 The more you COMPLY, the WEAKER you get and the STRONGER they get! We are MANY, they are FEW!  Do NOT COMPLY! BURN your MASKS, TALK & HUG each other and OPEN your BUSINESSES

Clive Palmer’s anti-vax ads are proof of his descent into vaccine conspiracy madness The billionaire’s radio segments implying that vaccinations are more dangerous than COVID-19 are horribly misleading, and the last thing Australia needs.

Australia’s medical regulator has slammed Clive Palmer and a radio network of more than 50 stations for running anti-vaccination radio advertisements over the weekend — but is unable to do anything about it.

Clive Palmer’s anti-vax ads are proof of his descent into vaccine conspiracy madness The billionaire’s radio segments implying that vaccinations are more dangerous than COVID-19 are horribly misleading, and the last thing Australia needs.

On Tuesday, the Therapeutic Goods Administration (TGA) put out a statement in response to questions from Crikey saying that misinformation about vaccines, such as Palmer’s advertisement run on Grant Broadcasters radio network, pose an “unacceptable threat to the health of Australians”.  To join with Clive   See

13 – monicasmit    Thanks to Clive Palmer for using his wealth for good.

Here’s the post from his FB page  –  Palmer to launch High Court action against Morrison’s vaccine passport. Clive Palmer announced today he would be launching a High Court action against Prime Minister Scott Morrison’s proposal to introduce a vaccine passport.
Mr Palmer said the proposal was unconstitutional and infringed the rights of all Australians. “I will challenge Scott Morrison over this matter in the High Court,’’ Mr Palmer said. “Our Prime Minister is blackmailing Australians with threats that they must be vaccinated, which is an attack on our liberty and our rights. This is a gross wrongdoing against Australians. This malfeasance cannot be tolerated, and I vow to make him personally accountable for any damages he causes Australian citizens.”

Mr Palmer said the Government’s COVID response had been a disgrace.
“It’s clear that people who have had the vaccine are still getting COVID and going to hospital. “He still allows pharma companies to have exemptions against them if there are future problems with the vaccine and he has wasted many millions of taxpayer dollars on pharma orders.
“Meanwhile he is sending army troops into the streets to police our citizens. These acts are illegal,” Mr Palmer said. “Regardless of the cost and resources I will hold him to account. I will make sure every asset he has will be taken from him. “At this moment I’m putting together a top legal team to fight his despicable actions,’’ Mr Palmer said.

14 – Iraq is the start of the RV.  Revaluation of all currencies on Earth.

Remember POTUS talking about going in the RV?

Trump cracks jokes after forgetting what an RV is

Was the REVALUATION of all Currencies on EARTH.

Maybe people here who hold Zimbabwean “AA” 2008 Trillion Dollar Notes, Iraqi Dinar or Vietnamese Dong Every currency in the World is Revaluing to Even. = Even Playing Field.

This link to a clip of children being Beaten etc is beyond belief – MAJOR WARNING – https://t.me/DUMBSandUnderground/2356

END HUMAN TRAFFICKING  THE FALL OF THE CABAL

No Time like the Present to Protect our Human Rights 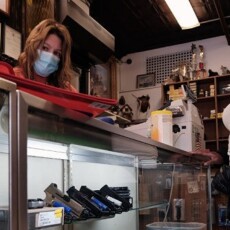 Nazis, MK-Ultra, the Mormon Church, What To Do Now? 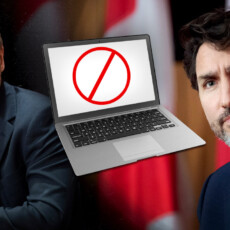 Trudeau wants to silence his critics — we say: Stop The Censorship