John Fitzgerald Johnson, better known as ‘Grandmaster Jay,’ was arrested and charged with pointing a rifle at federal agents and Louisville, Kentucky police during a protest, which could land him in prison for 20 years.

LOUISVILLE, Ky. (WDRB) — The leader of the “Not F***ing Around Coalition” (NFAC), a Black militia that demonstrated in Louisville during last summer’s social unrest, was arrested Thursday on a federal charge.

John Johnson, 57, commonly referred to as “Grandmaster Jay,” was charged with “assaulting, resisting or impeding certain officers or employees,” according to court documents.

Johnson is accused of pointing a rifle at Louisville Metro Police officers, as well as federal officers, on Sept. 4, the night before the 2020 Kentucky Derby, according to a probable cause affidavit. The alleged incident took place just after 8:30 p.m. as officers were conducting surveillance over demonstrators at Jefferson Square in downtown Louisville.

“All officers advised they were concerned Johnson might intentionally, or even accidentally, discharge a round at them,” the probable cause affidavit states. “All officers recognized that the distance between themselves and Johnson was well within the effective range of the AR platform style rifle.” 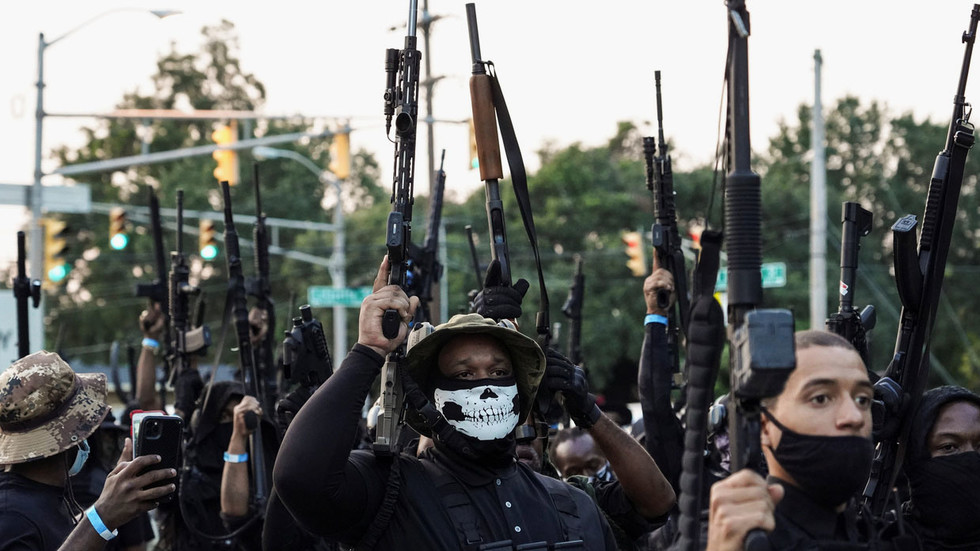 Full video thread from that day…

“Our rules of engagement are very simple,” said #NFAC‘s Grandmaster Jay. “Under no circumstances will you point your weapon at anyone, unless they point at you first. If they do, don’t shoot them. Kill them.” pic.twitter.com/gOXi4tNIoi