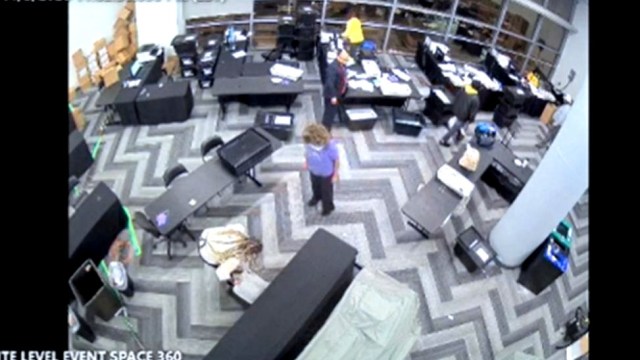 Each time The Trump Campaign requests an audit, there is a minimum fee of $3 million payable. Whether that audit is correctly conducted or not.

Currently, Trump has tipped in a further $150 million for this serenade to further display what is already well known. The Presidency has personally cost him some $5 billion and the destruction of his seven New York City properties by de Blasio and Cuomo, using state forces. Even to the extent of defacing each property by hacking away name facias and flooding the buildings, and the surrounding streets and footpaths with police protected graffiti. Limited resources remaining after police forces have been devastated by defunding idiocies.

We have seen haphazard and pretend audits conducted. On further applications to check if ballot envelopes have signatures, we have seen the recidivist behaviour. Further $3 million amounts delivering nothing but further confirmation of the fraud.

In the various state legislative committee hearings, we see nothing from the committees but Dems ad hominem attacking the lawyers and witnesses. Never any substance or opposing argument. Thereby only confirming the fraud, ad nauseam.

Videos of election staff in booths directing voters, ballots being removed from suitcases in the thousands, and further being fed through the Dominion machines some four times; supporting sworn affidavit evidence; has had Dems screaming that the witnesses are liars.

And interestingly: all the 4 am mail-in dumps of unfolded, photocopied, same handwriting ballots, with no envelopes, unsupervised by excluded GOP observers, have been for Biden. Hundreds of thousands in the cities of the swing states, and tens of millions nationally.

Where Trump had won decisively by the close of voting on the day, by a clear 295 ECVs to Biden’s 100 or so; further confirmed at 410 for Trump on the Intel acquired Frankfurt servers; suddenly became Biden at 295 and Trump some 235.

I reiterate The Frankfurt Raid is precisely as I have written. It was not military,  Haspel was not present, and Flynn did not co-ordinate it. My sources have been reliable for three generations, and some half-century for this writer. For those who don’t know me.

We have also now had confirmed that the auditing companies; allegedly independent; are in fact controlled subsidiaries of Dominion.

Signatures can be confirmed by computer input of both the outer envelopes and the application form. Also: Identical handwriting on the ballots can be identified. But the computers have been programmed to ignore the evidence and deliver data, confirming the original frauds as correct.

Dominion in The US and in Soros’ office in Toronto, has had all the executives mysteriously disappear. The machines are not being delivered for a forensic audit because of the lie of potential patent infringement.

State supreme courts stacked with Dem sycophants with personal interests; forget the cutie pie theories, this is the real world; have delivered absurdities; contradicting their state legislatures, and contradicting their state constitutions and The Federal Constitution. And now refusing to hear appeals concerning their unlawful waffles, as the appeals have not been delivered up through the idiocy of lower courts.

Machines that were seized by subpoena, have since disappeared. This is why the machines taken by intel are secure. Converting reality through obtuse rules of evidence is entertainment I have personally experienced many times over many years. Sometimes the spark appears long into the distant meaninglessness, sometimes it never does. Not an issue of meaningful protections.

Intel always needs translation for public articulation and consumption. Should that be required? Hardly any checks and balances.

The great transparency that Joe and Dumby won The Executive. A cabinet of Obama’s greatest dregs posturing a transition, to lead The US and indeed the entire Free West into the brave new future world of; peace, harmony, morality, economic security, and sovereign independence. Communist Dictatorships dressed as Utopianism.

Does any of this offer any evidence that a massive coordinated fraud did not occur. Does any of this infer that The Democratic Party is not the determined ENEMY OF THE PEOPLE?